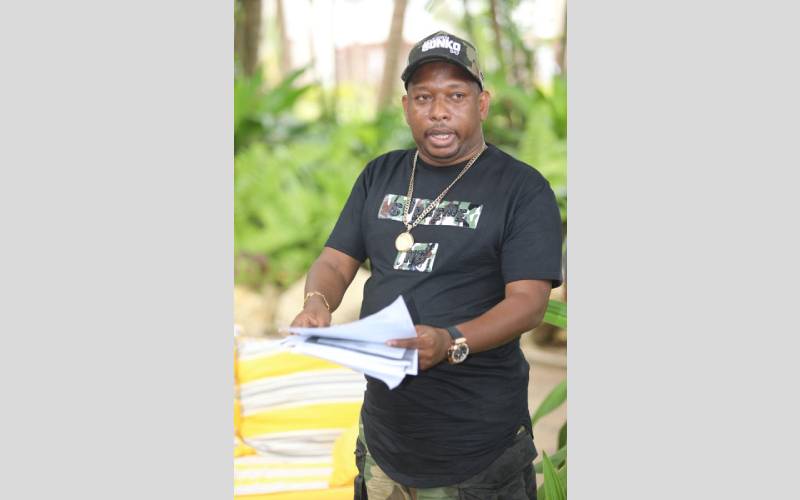 Nairobi Governor Mike Sonko (pictured) has failed to persuade a court that he is broke and cannot even buy groceries for his family after his accounts were frozen.

The governor had petitioned the Anti-Corruption Court as he sought access to Sh500 million stashed in accounts held by the State.

Sonko, who loves public display of opulence, is up against the Asset Recovery Agency (ARA) which had obtained orders to freeze the accounts following suspicion that some cash transactions were proceeds of crime.

While dismissing the governor’s application, Justice Jessie Lessit observed that he had not pleaded that by freezing his accounts, the State had caused him undue hardship by taking away his living expenses.

According to the judge, the orders issued by Justice Luka Kimaru in February this year were within the law. Sonko, she added, did not properly approach the court to seek for a variation.

The case was first placed before Justice Mumbi Ngugi who recused herself. It was then heard by Justice Kimaru who froze his accounts.

Justice Lessit continued: “I find that the applicant has not met the threshold under Section 89 of the Proceeds of Crime and Anti-Money Laundering Act to have the impugned preservation orders varied or rescinded or for any other order provided thereunder.”

The embattled governor had claimed that he was a victim of a witch hunt. The ARA, he said, had little more than unfounded suspicion to go on, while the orders freezing his accounts were similar to those that had been issued by a magistrate’s court and later lifted.

It has also emerged that the ARA, after preserving the accounts, has initiated the final steps of recovering the money believed to have been siphoned from public coffers.

Sonko has six accounts at Equity Bank, three at Diamond Trust Bank, one at Co-operative Bank with at least Sh18 million, and one at Kenya Commercial Bank.

According to the ARA, an analysis of the governor’s accounts reveals a clear case of smurfing.

This is a technique used in money laundering where cash is divided between individuals known as ‘smurfs’ who make multiple deposits into multiple accounts.

In this way, banks cannot detect or suspect that those making deposits are connected to the owner of the account.