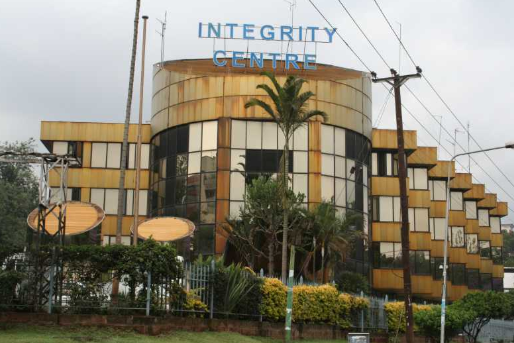 The Ethics and Anti-Corruption Commission (EACC) wants to recover land worth Sh500 million on which the Attorney General’s official residence once stood.

The EACC has already obtained interim orders stopping development on the land measuring 0.377 hectares that was illegally allocated to the late former assistant minister Shariff Nassir.

In the suit papers filed in court, the Registrar of Lands is said to have illegally transferred the property situated along Bishop Road in Nairobi to Nassir who later transferred it to a private company.

“The house forms part of government houses in the building register and has never been deleted from the same to date,” reads the court documents.

When issuing the interim orders in February, Environment and Land Court Judge Benard Eboso ordered EACC to serve the respondents and fixed hearing for the matter on June 13.

According to the suit filed by EACC through lawyer Ben Murei, the Commissioner of Lands allocated two parcels of land to the East African Common Services Authority (EACSA) in July 1962. Grants for the parcels were issued on September 11, 1962 for 99 years with effect from July 1, 1953, grants that still have a life span of more than 30 years.

EACSA staff moved into the house until 1967 when the authority collapsed and the East African Common Services Organisation dissolved.

EACC claims the property remained in the hands of the government and entered in the building register in 1980 before it was classified as pool of houses for occupation by civil servants.

In 1983, the government reclassified the house as an institutional quarter for the AG and later allowed the former assistant minister to occupy it.

However, in September 1995, a senior officer in the Ministry of Lands allocated the land to Nassir and he carried out subdivision that was approved by the then Commissioner of Lands Wilson Gachanja.

This led to Nassir being issued with plan deed numbers in February 1996 and he transferred one of the parcels to Arrow Centre Limited and the other one to IKM Place Limited.

According to investigations by EACC, the property transferred to IKM Place Limited was charged to Investment and Mortgage Bank. EACC is seeking a declaration that the allotment letters issued to Nassir and subsequent transfer of the land was null and void.

It also wants the court to issue an order directing the two companies occupying the land to vacate. On March 27, IKM Place Limited moved to court to have the interim orders set aside under certificate of urgency, on the grounds that EACCfailed to disclose some facts when it made ex-parte application.

Through Oraro and Company Advocates, the company argues that EACC has no powers to initiate action on the property whether by virtue of the Constitution or the Ethics or Anti-Corruption Act.

The company claims the house provided to the AG’s office was not occupied by Nassir but by Mr T Muliro, adding that the deceased’s estate has not been enjoined in the case.

The house that was occupied by Muliro had been allocated by the Public Works Permanent Secretary Simon Lesirma in January 1993, as an institutional house to be occupied by Kenya School of Law principal.