Mungai Mbaya, brother to former Machachari actor Tyler Mbaya opened up on details of his throuple relationship with his ex-girlfriend Mo Aisha.

While in a recent interview, the actor disclosed that the idea of adding a third partner to their union was proposed by his ex-girlfriend Aisha.

“She came out and said she is bisexual. In a relationship, the two of you set the tone and know how to plan yourselves. She met somebody and they had a connection. What people think out there is that I had two girlfriends but the truth is she was my girlfriend’s girlfriend. It got to a point now we wanted to try out being together, it’s called a throuple”, said Mungai.

So what exactly is a throuple and how does it work?

A throuple is a balanced, consensual and committed relationship involving three people.

While this relationship may not be everyone’s cup of tea, some seem to have embraced it to the fullest and it is working out for them.

Judging by the current change and trends in our society today, there is nothing unusual or strange about this.

Why? Clinical psychologists say that it is totally fine to be in love with more than one person at one time.

One of the benefits of this relationship is that when you have a third person involved, chances are you'll expose yourself and your original partner to qualities that both of you may want but can't offer each other.

It so happens that when two people who have been together for some time no longer want to be monogamous, they choose a third person to round out their bond.

Psychologists however warn that for you to fully decide to be in a throuple, you must identify and understand their needs and wants. While that is happening, it is also important to know the boundaries of this relationship.

Important to note however is that just like monogamous relationships, throuples develop organically. It takes time for people to decide if they fully want to commit to each other and that is totally okay.

In conclusion, throuples love each other, elevate each other, argue, get intimate and live together. Some couples even go the extra mile and have children. 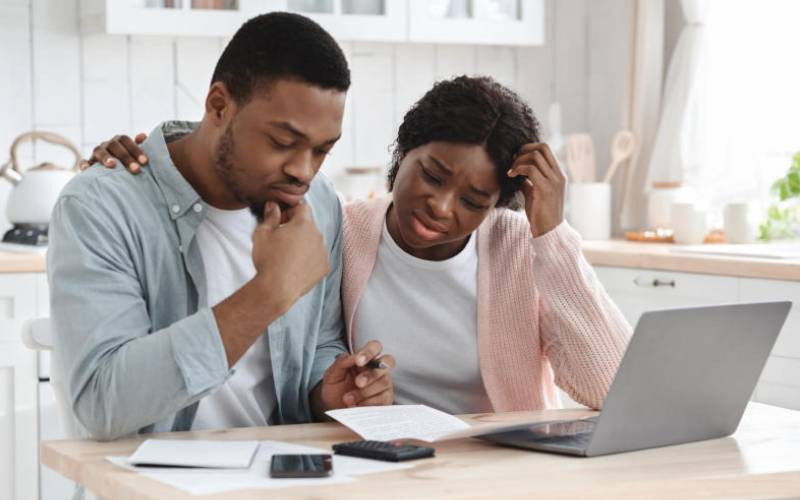 Why you need a side hustle
Career Tips
By Esther Muchene
51m ago
Easy recipe: Chicken rojo with pea rice
Food
By Chef Ali Mandhry
2h ago
Biological clock: Are you too old to get pregnant?
Pregnancy
By Dr Alfred Murage
2h ago
Premium
Dr Hellen Barsosio: Success follows her like a shadow
Achieving Woman
By Rose Mukonyo
23h ago
You can save your money despite holiday expenses
Managing Your Money
By Esther Muchene
Nov. 28, 2022
.