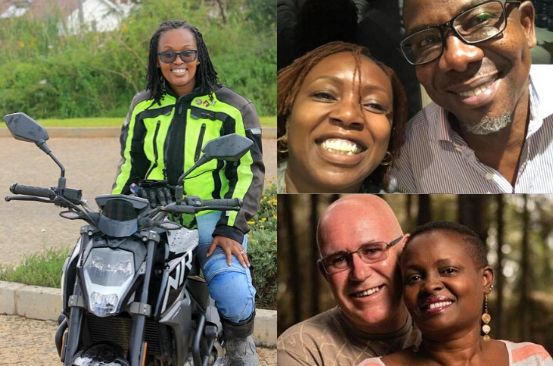 The end of a marriage can leave a woman feeling like new love is impossible - and it doesn’t help that African society seems to frown upon it. Three women speak about overcoming the stigma of divorce and finding love again.

Many of us grew up fed on a steady diet of fairy and folk tales where the leading ladies were rescued or swept off their feet by a charming hero. Once they got married, they lived happily ever after. Few of these tales ever featured divorce, so many get married with the expectations of living happily ever after with one partner.

Indeed, there are those who do find this happily ever after, but what happens when that bubble bursts and you find yourself over 40 and divorced? Most men quickly move on but most women in this age group get divorced and never remarry.

For some reason, society seems to believe that this is okay. It seems to baffle many when a divorced or widowed woman of a certain age finds love again.

Not long ago, Kenyans on social media were up in arms when it became public that Anne Waiguru, the Governor of Kirinyaga County, was getting married. Shortly after that, the Internet was abuzz over the alleged new lover of newly divorced Uasin Gishu Woman Representative Gladys Shollei.

For most women, the divorce after-life is akin to adopting the spinster life and repressing their desire for love. Society assigns them a new goal of raising their children and finding joy in grandchildren. However, things are changing, as more women find love after divorce. We spoke to three women who did:

Rachael Gotts: Married her husband Mark Gotts at age 51 after being single for 17 years

Rachael says that after her first marriage failed, she was so broken that she never imagined she would remarry one day. Her first marriage was a difficult marriage, and after 12 years and two children they divorced.

She says she was single for 17 years as her first concern was taking care of her children. “It was not easy to be single. I was lonely and I had all these sexual desires that I did not know what to do with. Further, the society looks at you harshly because you are a divorcee. On top of that the church does not know what to do with you or even where to place you because divorce is still a taboo topic,” she says.

Despite the difficulty of being a divorcee, Rachael says she never wanted to get married again. That she never went out looking for it. It instead found her through a sacrifice of love.

“At age 50 I felt like God was leading me to leave everything behind in Nairobi to go back to my ‘ushago’ to look after my mother. It was not an easy decision to make but I wanted to be obedient. My mother was so moved by my sacrifice that she declared a blessing over me, she said that I would get married again, but I thought nothing of it because at the time I was 50 and assumed that I was too old to get married even though I now desired to get married again,” says Rachael.

It was during this period, as she looked after her mother, that her sister who lives in the UK introduced her to Mark Gotts, a divorced pastor with four kids.

“We courted for three months. After, he flew in to Kenya and we got married on January 2017. At our age you know what you want, and when you find it you grab it as you have no time to waste. On February 16 2017 my mother passed on, a month after blessing my marriage. Together we now have six adult children: Rebekah, Lizz, Abi, Anna, Kainyu and Steve.”

This year, at 53, Rachael is celebrating her third anniversary to Mark Gotts, now 57. She now finds herself in a sweet spot where all her kids are grown and independent and she is on a new adventure. “I moved to Tanzania with my husband where we now do ministry in a Muslim dominated area.”

Suzanne Gachukia-Opembe: Got married to Richard Opembe in 2014 after being single for seven years

Suzanne’s first marriage ended back in 2007, and interestingly enough, she says she ended up marrying her high school crush, Richard Opembe. “We met at a friend’s funeral in 2013, and the rest, as they say, is history.”

Suzanne says the reason men are able to move on quickly after divorce is because society allows men to.

“Men are given this permission to move on. However, this is not always easy even for them. Also, women do not move on as quickly as men because their priority is their kids. Moving on swiftly has repercussions for women -- the accusation that they’re loose, that they’re exposing their kids to abuse (a real concern), that they risk their careers, their family relations,” she explains.

“There’s so much that a woman has to deal with that a man is instantly forgiven for. Many divorced women do suffer. It’s not just a figure of speech. I remember being divorced and being with my friend, the late Achieng’ Abura. We were at a gig and we were being given the distant treatment. I was surprised. She told me that it was because we were seen as predatory and a threat to married couples. This was a shocker to me!”

Suzanne’s advice to any woman who is divorced and still believes that she can find love again is: “Firstly, do not look for love. Give love. Whatever you want, give. I’m a Christian so this resonates with me. Secondly, become that which you want to attract,” she says.

Additionally, she restates the importance of first healing from the relationship that has ended before jumping into another one.

At the age of 41, Wamuyu found herself divorced with two children. For a long time after, she felt defeated and withdrawn and like she was dead on the inside.

According to Wamuyu the divorce culture in Kenya is toxic, especially for women. “After divorce, women are made to feel like failures because society makes you believe that it is your duty as a wife to single-handedly make a marriage work -- never mind what the man is doing. It puts the blame of a failed marriage all on the woman and this makes it very difficult for women to heal. So, when a marriage comes to an end, it kills a woman’s confidence and even makes her withdraw from life.”

Wamuyu says that she went out trying to reinvent herself by trying something new, and there she found love.

“I tried riding for the first time and it helped me discover myself anew. Riding gave me my voice back. There is freedom that comes with it. It gave me space to heal from my divorce. Taking up riding made me realise that life was not done with me, that I still had power in me, that I was able to pick up myself, heal and move on.”

She says that it was in the process of self-discovery through riding that she met her husband.

“I met my husband, Dos Kariuki, at a biker’s event in January 2016, four months after discovering riding. We got married in 2018,” she says.