Bad boy: Why you should guard your territory

Women always put men in the most awkward positions. Every time you run into a woman with her man, and she knows you (perhaps you have a past together), she tends to throw caution to the wind and gets overly excited, jumpy and touchy, to the chagrin of her man standing there like a block of ice.

The man always tries to be cool, but I am sure he will, afterwards, ask the woman, “Who the (expletive) is that guy?”

The woman will play it down, lying that “he is an ex to my friend” or “He is my cousin…”

On more than one occasion, you have nearly been killed by a jealous husband because of his wife’s reckless behaviour. Like last weekend.

Your friend invited you to his birthday party. At the party, there were all manner of girls who did not have rings on their fingers. You belong to a religious denomination that does not wear rings, so it is hard to tell if you are married or not.

So, there was this extremely flirtatious girl in sight. Very tall, very visible, very beautiful. If you date that, you will die of ulcers. So, you are there having cocktails -- she is laughing at your lame jokes, a bit tipsy and touchy. She is high-fiving you and touching your shoulder. 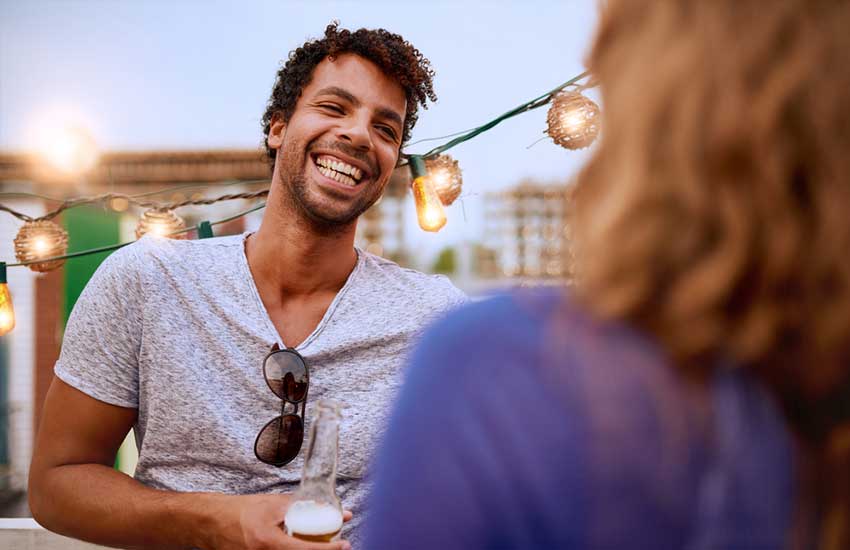 Across the room is a man, shorter than her. Instinctively, you had spotted him and his murderous eyes. Everyone is happy at the soiree. But you ignore him, knowing his anger is none of your business. The DJ happens to be one of these young men who know how to light up the party. Before you know it, he is churning out good music, apt to the generation in attendance and now, your object of obsession is dancing too. And that is when hell broke loose.

Old people must know how to handle their liquor. Two hours into the party, she is tipsy and dancing with everyone in sight, but with a specific interest in you. You don’t want to quash her spirits, so you start to dance. And boy, does she move too close to you. And because of her perfect body, you easily take to dancing with her with gusto.

And then, the visibly angry man yanks her hand and gives her a thoroughly depressing look, before telling her, “let’s go.”

She feebly tries to protest, but the urgency in the man’s voice may have scared her. Luckily, you are standing close enough to the exit so their exit is hardly noticed. You hope that the man does not kill or beat up the woman. It can happen.

You wonder why women do that. Do they know how helpless they make the men? Every man dreads a flirtatious girlfriend, because flirting is a dangerous game. Even married women must be mindful of women angling their men in such settings.

And they should guard the territory more fiercely, lest they sneak to the rooftop or to the car. It happens. And because it happens too frequently, you should be mindful and stop flirting, or only do so when the coast is absolutely clear.