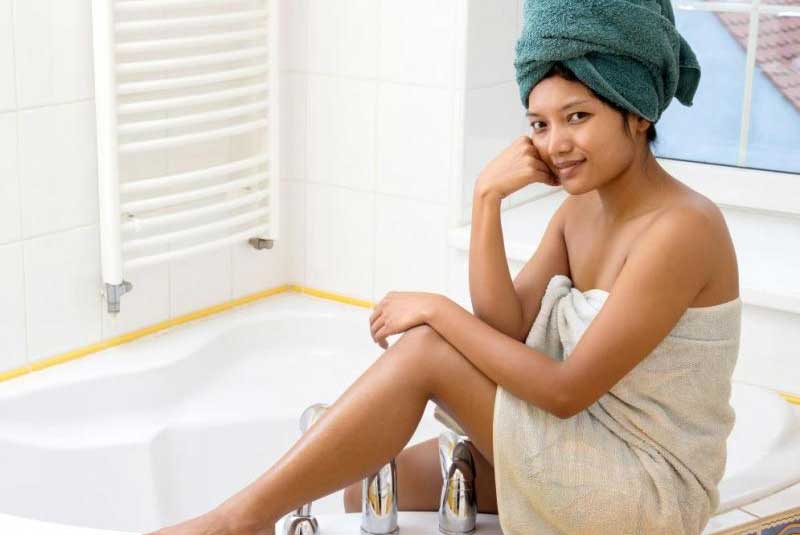 In 2015, a survey done by Flint + Flint revealed that four out five women don’t take a bath daily and one in three women has at one point in her life gone for three days straight without a shower. Writing in the Independent, Katy Guest noted that, “Lo and behold, then, it sounds like just another way to persuade women to buy crap by making us feel rubbish about ourselves and to waste more of our time on ‘skincare regimes’ instead of having jobs or lives or hanging out with our mates.”

Maybe it is the cold and wet English weather that is to blame. Some women dismissed the results of the survey, which they considered a mean way of making them feel bad about themselves and push the use of certain products. While no corresponding survey has been done locally, it has emerged that Kenya, with its sweltering tropical heat, has its fair share of dirty women.

And we are not just talking about farmers and women in dry parts of the country. No. We are talking about corporate lasses in well-pressed skirt suits and drenched in expensive perfume. Maybe the perfume is to mask the offensive body odour.

Four years ago, senior male journalists stormed into their female editor’s office to complain about a female colleague whose body odour was too much to handle. A tomboy by nature, the woman rarely changed clothes. Her body odour was a cross between damp clothes and the stench of a livestock farmer in hot January.

“This lady was related to someone in senior management, so we took time before forwarding our complaints. Luckily, she was sent away from the newsroom by her embarrassed relative. She could as well work from home,” one of the journalists told The Nairobian.

So why don’t some women take a shower?

There is water, but no man in my life

Loise Wangare, a trader at Ngong’ market, recalls an incident where she and her colleagues forced one woman to shower. “We kept asking her why she was stinking, yet she had constant water supply in her house. She would arrogantly tell us that there was no man in her life and if she got one, she would have a reason to shower and even invest in perfumes,” Loise said.

They organised an intervention and marched the culprit into one of the public toilets where they forced her to shower in private. In other cases, some women will only take a shower when leaving the house.

Who stinks in Kinangop?

Not all women live in fancy houses with hot water showers. Some have to boil it out of a sufuria and if they are running late, they opt to skip a shower. “When I lived in Kinangop, I showered on Mondays, Wednesdays and Sundays. It was too cold and dry firewood was not easily available,” Gladys Nkirote, a bus conductor in Nairobi told The Nairobian. Nkirote, who says that she now showers daily, defends her previous habit, claiming that she never emitted any offensive odour.

Not too busy for a ‘passport shower’ A woman is supposed to at least shower twice a day, but most career women hardly manage this.

Triza Chitalwa, an NGO worker, reveals that she is guilty as charged. “I would love to shower up to six times a day, but my job is too demanding to allow for that. I leave the house at 6am and sometimes get back home at midnight. I can only afford that morning shower, which at times I skip, unless of course I’m on my periods and I have to shower,” she says. In her defence, Triza, claims that she always takes quick French baths with wet wipes. She has also invested in a very strong perfume.

While other women don’t have time, some will simply skip a shower because ‘it’s too much work.’ “The fact that I have to bend over and scoop water from a basin is just tiring. I do not entirely skip showers, but over the weekends, I rarely take a bath, unless I have to leave the house,” Joy Ngila, a clothes vendor at Dagoretti Corner, revealed. She said that if she could afford a house with a shower or bathtub, she would shower daily.