Why do friends grow fewer with age?

In the past, friendships died when people moved away, never to be revived, but today, social media has enabled old friends to stay in touch. The world is more connected than ever, but people are more detached from each other than ever. A lot of people have no friends. There is a pandemic of loneliness.

“People in rural areas know one another very well – they have close relationships. There, we know one another from birth, we are friends, we even know who steals chicken and who doesn’t,” says Professor Charles Nzioka, a Professor of Sociology at the University of Nairobi.

“There is an element of Ubuntu, which means ‘I am because we are.’  Even if I didn’t have the money to pay dowry I would pick my cousin to marry for me. When I am sick, my cousins and neighbours will come.”

In traditional societies, people lived together because they knew one another and were friends.

“If you treated me badly I wouldn’t be your customer, so customers would disappear because friendship has disappeared. But today, what I need is a shop next to my house. I don’t need to know who the shopkeeper is or be friends with them as long as the service is okay,” says Professor Nzioka.

He adds that the same applies to friendship even today, where in the traditional setting you need a neighbour in case of anything – insecurity and all that.

“But today there are police officers, there are security people, there is a shop there – you don’t need people around you, therefore you develop an impersonal culture,” he says.

That leads to loss of friendship and technology has taken that impersonality a notch higher, as people feel like they need each other even less.

“Information being so readily available negates the idea of having to rely on friends as sources of information. Even if you are sick, you can order food from Glovo, you can take insurance to cover your health and if you want to love you can even buy it. Those are the dynamics of a modern society, which do not necessitate friendship. You can co-exist in a functional way,” says Professor Nzioka. 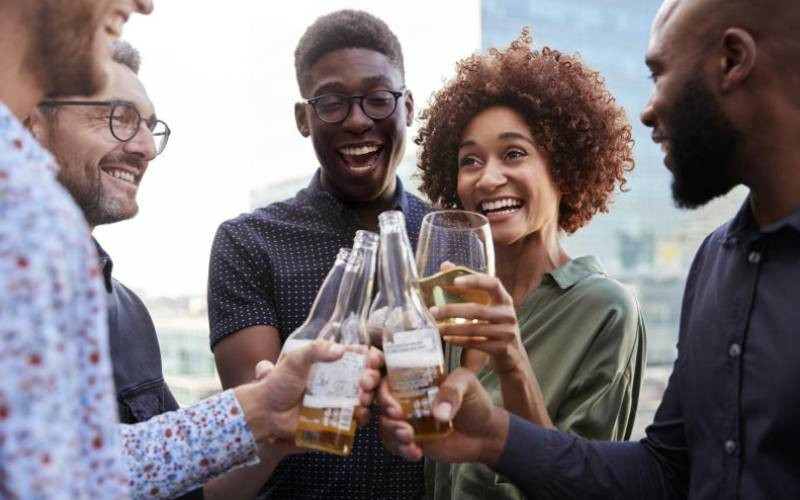 One unique study by Shrum, W. and others confirmed the decrease in friendships with the advent of the internet. The study, which was looking at relationships among scientists in the developing world, specifically Kenya, Ghana and Kerala, a state in India, coincided with the introduction of ICT in those areas in 1994.

At that time, only three per cent of the respondents had an email address and they used the very rare cyber cafes to access it, but most had no knowledge of email.

By the time the study concluded in 2010, the internet had proliferated, 100 per cent of the respondents had an email address, with phones and social media had become part of daily life.

It is possibly the only study of its kind that was able to objectively measure the rates of friendship before and after proliferation of the internet.

“Our question is simple: What happened to social relationships during this period?” reads the study. The results showed a plummet in friendships over the 16-year period.

“We find that while the distribution of relationships changes slowly, the greatest change was during the period immediately after the introduction of the Internet,” reads the paper.

The effect of this loss of friendship is a feeling of alienation. Having nobody to rely on causes a feeling of helplessness and hopelessness. Feeling like nobody needs you also makes you feel alienated, according to Professor Nzioka.

People with less close relationships are more at risk of suicide, as Durkheim studied and found back in the day, and the situation is even worse now than in his day.

“That’s why our suicide rates are so high now. That’s why we are seeing increased instances of violence. It is an indicator of something else. Those are forms of loss of control,” says Professor Nzioka.

The situation is also getting out of hand as the professor says we are now seeing the urbanization of rural areas.

“Rural areas are acquiring the same characteristics of urban centers. You go to your rural home, build a big house, you don’t want anybody to come there and you start discriminating against your neighbours and you keep a fierce dog, a mbwa kali there. You consider your neighbours a nuisance,” he says.

You can and need to do something about it however. Emma Muchoki, a clinical psychologist, says that having close friends who provide a safe space and support for you is a protective factor for mental health. 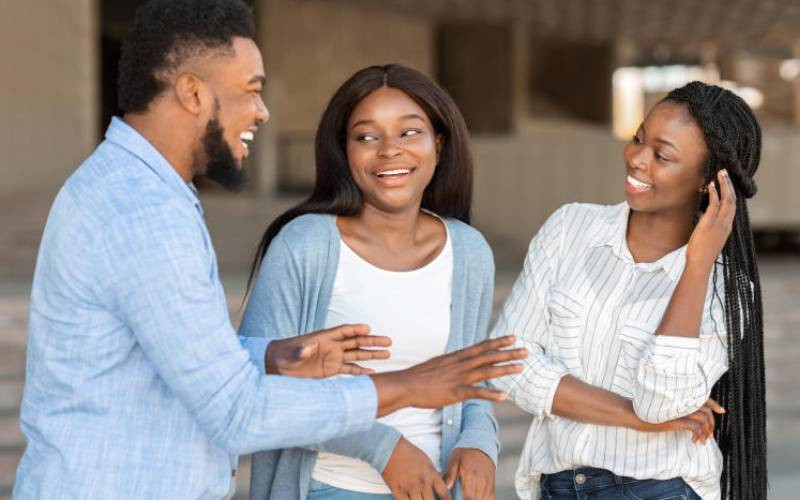 So one should make an effort to make and keep friends. Muchoki advises having friends that share your value system and to put yourself out there in order to actually make them.

“You need to go out there, go to social places based on your interests. If you like hiking you can join hiking groups so that you meet people,” she says.

She also says you should initiate contact with people more, but you don’t need to force connections. People will like you for who you are.

“You don’t need to be a people pleaser in order for people to like you. So just go out there with an open mind and socialise with people, say hello, but don’t force connections. Take it one day at a time and you will meet people who resonate with you and who like your vibe,” she says.

In order to make friends, the relationship you have with yourself is important, so you also need to cultivate a healthy relationship with yourself so that you don’t push people away, as you might be expecting people to meet needs that are beyond their capacity.

“If you have thoughts where you tell yourself you are not good enough and such, see a therapist first to work on the thoughts because there are disorders like social anxiety that make a person not want to interact with people. If you do not want to make friends because of past negative experiences where you were hurt, those are also issues that would need to be processed in a safe environment with a therapist,” she says.

On a wider scale, professor Nzioka says that we need to reinvent our culture and go back to the basics.

“We need to rediscover what was good and what wasn’t in our traditional societies. That can only come through education and encouragement because society will not really go back. So we need to identify values that are important, we need to strengthen our social relationships. Women’s Guilds in churches and such are examples of how we can restore traditional values,” he says.

“The government should also come up with a policy on how to reinstitute. Because we can’t just let urbanization and modernization take over and say we have no control. We are the players and we can reinstitute some of the measures in a serious way, not just a token.”

Easy recipe: Mozambican Peri Peri chicken
Food
By Lolita Bunde
5h ago
Be careful when hiring family, friends to your business
Career Tips
By Peter Theuri
5h ago
Did you know mangoes can cause sickness?
Health
By Nancy Nzau
6h ago
How to deal with diaper rash
Baby Care
By Fay Ngina
6h ago
Why single mums need mentors for their sons
Parenting
By Ainea Bolingo
Feb. 1, 2023
.