Love and marriage: Esther and her Guardian Angel

On a chilly and wet Saturday morning in the leafy suburbs of Karen, Nairobi, our host couple welcomes us warmly into their beautiful home.

“Sorry, it is a bit cold today,” Esther tells us with a warm smile. She has on a customised apron, as she fixes the family weekend breakfast.

As the love of her life, Guardian, joins in from the studio where he has been doing some recording, a soothing gospel tune rents the air in the background.

Rada, one of Guardian’s big hits, is Esther’s most preferred song. It is the song that ignited the magic and melted the heart before the then 52-year-old sought to meet the 33-year-old gospel singer. He proposed to her on her birthday. They wedded on his birthday. “That is my song,” Esther calls from the kitchen with a hearty laugh.

Describing herself as a wife, a mother and an international civil servant who has worked with the United Nations for 21 years, Esther leads the conversation.

She narrates her life growing up in Nakuru County. Her laidback father was a statistical analyst, her tough mother a government security agent. 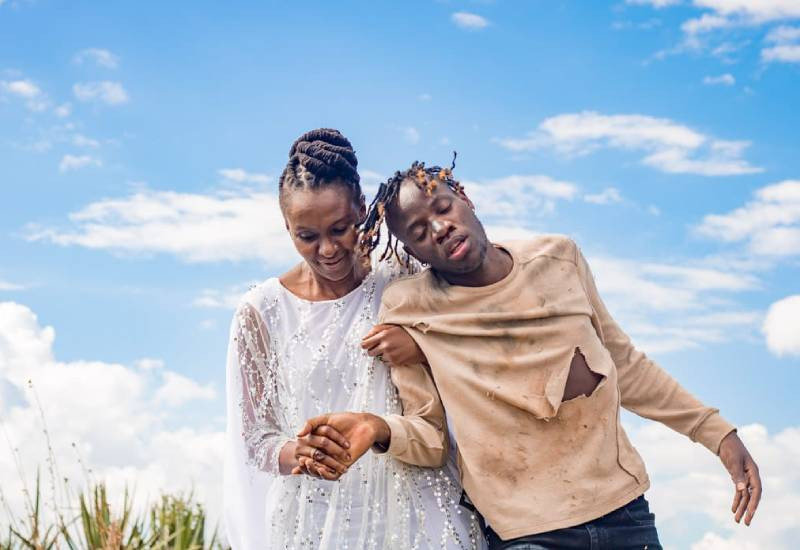 “We were only two of us - myself and my brother - and we are only 11 months apart. We are like twins. My mum said she conceived me on her wedding day as I was born exactly nine months after their wedding. My dad loved music and we were always listening to music growing up. I did not know that this love for music would one day lead me to my husband,” says Esther.

“After high school, I applied for a course at Kianda College. I passed the entry exam very well and pursued a course in secretarial duties. My mother later got me my first job, earning Sh3,000. That was in 1989. It was good pay then. I later got a job at Siginon Freight, which was owned by the late President Daniel Moi at the time. I later met someone at the company and we started dating.

“He would later become my husband but at the time he did not want people to know we were dating. Down the line, I got pregnant with my first child and decided to leave the company as we both worked there.

“I later got a job with the Kenya Commercial Bank and had my second child three years later. My late husband then asked me to stay home and look after our children, which I agreed to although my boss urged me to not leave the bank at such a young age,” she says. Later on, Esther opened a supermarket in Eldoret before landing her job in programming at the UN, where she has risen through the ranks. The hearty breakfast is ready and we all move to the breakfast table. Saturday breakfast is special for Esther and Guardian; it is a time when they can afford a quiet morning together.

Unlike Esther, Guardian did not grow up with the things most children enjoy in a complete family setting.

Raised by his mother as an only child, he learnt the hard way and figure out what he could make with whatever little that came his way.

“Family was composed of my mother and me. I have figured out my life alone. My dad is also around somewhere… We talk sometimes, he said God used him to bring me into the world. I always was into music since I was a child.

“My biggest hit, Nadeka, was written when I was just about to give up on music. I had done this for a whole seven years. Thank heavens, finally, my music career took off,” says Guardian.

But how did this romance begin before the two became a trending topic as blogs and mainstream media turned them into the biggest New Year discussion as the two tied the knot?

“One day, as I was getting ready for work, I heard the song, Rada, by him and I fell in love with it. It was fitting to my situation at the time when I wanted a big change in my life as I was turning 50. I then called my friend Maina Kageni to ask who the artiste was. I looked for the song online when I got to the office and wondered why I had not heard of him,” says Esther. 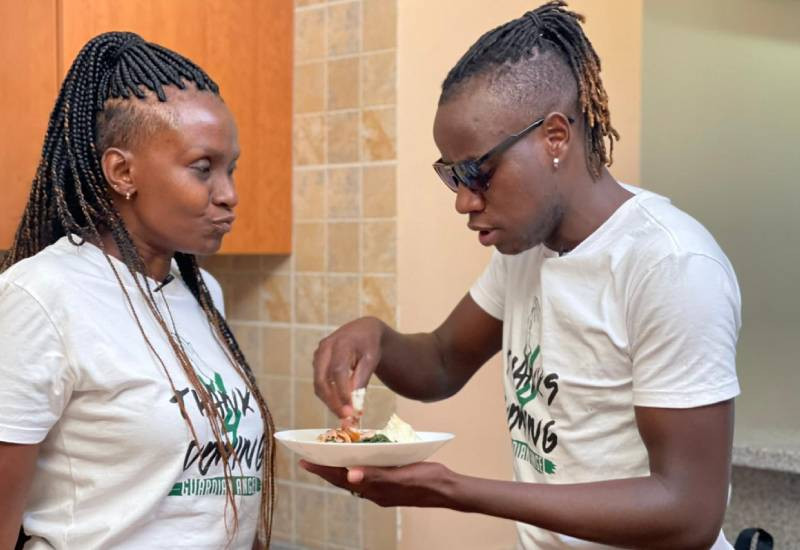 Guardian jokes that Esther was full of excitement when she saw him.

“He called me after two weeks and asked me to be in a video of a hymn and that I would play the part of someone rescuing him and asked me to wear white. It turned out that I came to rescue him in real life,” says Esther.

Guardian’s mother tried to question them before she understood their move, but the two had decided to be a couple.

Esther says she realised Guardian needed to have a relationship, a wife and a family aside from his career. At this point, it did not matter how this would affect her career.

“The funny thing were the lies I told my children at first. I told them I wanted to write a hymn for my birthday. I would always say I was going to the studio. They became suspicious. One day, my daughter busted me as we were on video. She asked me who I was talking to. She knew something was going on,” says Esther.

“See, these were grown-up children. I could not hide the relationship forever as much as I kept disappearing from them. We were trending everywhere. That is when I realised that there was such a problem with women ageing. I had never seen it as a bad thing. People want you to stay young forever,” she says as Guardian makes his last note: “We are a wonderful couple. She is my manager. It is awesome how this flows.”