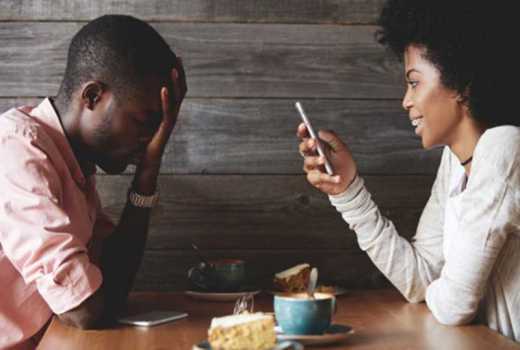 Statistics show that more women than ever are cheating on their partners, and I’ve always wondered why. There has always been that group of men desperate for action with anyone, but women have always been so proud and honest and loving, and cheating just doesn’t fit that mould, so it’s growing popularity has always had me foxed.

A lot of women who cheat are getting revenge on their partners, after being seriously hurt. Affairs can do a lot of damage, but instead of crying with their friends, women are finding a single hot man and showing him exactly how much it hurts to know your partner has cheated on you. Not clever, really, but understandable...there is only so much yelling can achieve, and the hurt is intense. It can easily block rational thought, and even someone who knows two wrongs can’t make a right could be tempted into pay-back.

2. It's boring in the bedroom

Men aren't the only ones who need to spice things up. "Women need to feel desired!". If she is not getting any, enough, or nothing to talk about, women start to feel a sexual void.

Feeling completely neglected is another common cause of affairs. Women just can’t put up with not having any attention, and if they aren’t getting it at home, they’ll get it from men outside. But one thing can lead to another, and being exposed to flattery which is so rare can make it so much easier for a charming womanizer to talk his way into her bed. Well, I don’t know if it’ll get results, and I’d recommend a talk over a fling any day, but this is understandable too. Don’t stand for being neglected!

Have you ever been with a man who is so damn sexy that no woman can help herself near him? Whether it’s a suggestive smile or sending him a drink, he never seems to be able to escape the admiring crowds, and it can make you feel insecure, especially if you are feeling like an average Jane next to him, which is why women with gorgeous husbands boost their confidence by getting another man into bed. It shows they are a head-turner too, and makes them feel much more confident but remember, it could leave your relationship in tatters, and it won’t fix the jealousy issue.

"When a woman feels that uneasy sense that a relationship is on the outs, by either her doing or his, she will often look to fill the void externally to soften the blow,". "If she is the one considering the breakup, she may be using this tactic as a challenge to herself both testing the waters, and then gauge if she can go through with it."

A surprising number of women admitted to cheating to find their next partner so they wouldn’t be single when they left their current partner. Shocked? I was! After all, cheating on your partner can’t make you attractive to potential boyfriends, right? Well, it seems to be happening more and more. I can’t really get my head around this one. If you want to leave, go, and if replacing him with a new man fast is important, throw yourself into blind dates, speed dating and nights out. But be honest!

Change can cause a women to seek an affair. From the obvious, such as having a baby, to simple things such as moving house, an affair will make her feel sexy and attractive and give her life some substance....until it ends that is. Grab a babysitter, book a night out and make a real effort for your partner. Try a wig and new name. Create the same effect, but involve your Mr. Right, or you could lose him!

Some women cheat as a last warning to their man, particularly if they are refusing to do something, or make a change. It’s almost a childish “If you don’t do what I want, I’ll leave” action, but most of the time, it’s out of desperation rather than spite. Talk to him instead, tell him how you feel, and that you are about to give up. Communication is key for a successful relationship. Evaluate his reaction...if he doesn’t care, leave.

For men, sex is a vital part of relationships. Women understand this. I mean, some of us find sex vital too but even if we don’t, we know that men need it. So when we aren’t having it, we know something is up. The survey found that women whose sex lives had dwindled felt like their partners didn’t love them anymore, or find them sexually attractive. Cue finding a man who does, and seeking comfort in his arms. Relationship by Kati Blake and other internet sources