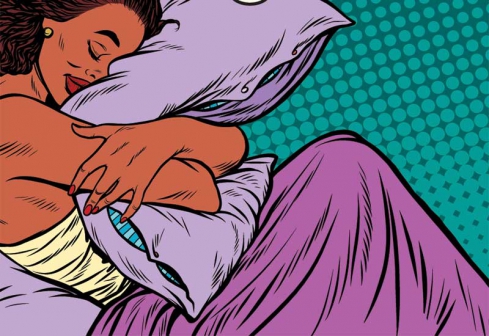 Last week, I made an impromptu visits to my land of origin: Kuria.
You see, my people ‘cut’ women. This is a practice that has been passed from one generation to another. A woman is considered a child for as long as she has not faced the circumciser’s knife.

Female circumcision, in law and modern language, is referred to as female genital mutilation (FGM). This is because it poses more harm than good.

Did you know that Egypt’s FGM prevalence is 95 per cent? Somalia is said to have the highest world prevalence, with nearly 98 per cent of women in that country having undergone the cut. In Kenya, only 27 per cent of our girls are cut. So, as a country, we are not badly off.
The type of cut varies from one community to another.

Some communities – like the Somali and Pokot – scrape off the entire vaginal wall (or lips), as well as nicking the clitoris.

As for my people, the Abakuria, the clitoris is the target. Some clans will remove part of the clitoris, while others excise the entire appendage.

But circumcision does something else to a woman. According to Margaret Nkorogo, a deputy headteacher in Kuria, “It is difficult for a woman to enjoy intercourse after the clitoris is cut off.”

She is a victim and I believe she speaks for many a mutilated woman in Kenya. “When your husband is finishing off, you would not even have taken off,” she confided.

The clitoris, according to Dr John Ong’ech, a gynaecologist at Nairobi Reproductive Health Services, is the nerve centre of intercourse.

There is no research done yet about the role of clitoris in the achievement of orgasm. Dr Ong’ech however thinks that this tiny organ contributes between 40 and 50 per cent of pleasure during sex.

“The labia majora and minora both have nerves, so is the vaginal wall, extending inside to the G-spot. All these play a part in achieving the pleasurable sensation. The clitoris is however where concentration of nerves is high,” Dr Ong’ech points out.

For this reason, the clitoris is vital in giving a woman pleasure. But pleasure also emanates from the lips. The bigger the surface area excised off during FGM, the higher the probability that the woman wouldn’t enjoy sex.

And if the woman can’t enjoy intimacy, neither would the man.
“For intercourse to be fulfilling, a woman needs to be ready psychologically and physically. With less sensory nerves, it becomes difficult to achieve an orgasm – which is what makes intercourse worthwhile,” Dr Ong’ech points out.

A woman who is less responsive may experience dryness, which then makes intercourse uncomfortable, unsatisfactory, painful even, for both parties.

My word: Here’s to hope
Lady Speak - By Christine Koech

My Word: Today is the day
Lady Speak - By Christine Koech

16 days of activism against Gender-Based Violence: What you need to know
Lady Speak - By Lolita Bunde