Women cheat for sex, and here’s why he won’t have a clue 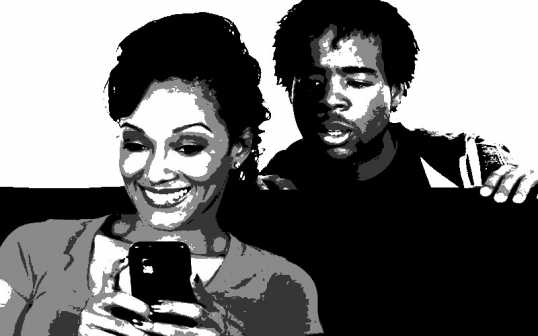 When a man cheats, no one is ever shocked. In fact, when men cheat, they always come up with all sorts of excuses such as claiming they are polygamous by nature. Or blame his woman, saying it has something to do with her; what she did or did not do.

However, when a woman cheats, it becomes a big scandal. This is because women have been taught since childhood to be “good, nice girls”, and “smile and bear it” and such like nonsense.

Fast forward to the 21st Century, where women are allowed to speak their minds and be more assertive. With women’s liberation and all, they now feel that they too can cheat!

I constantly get letters for the side bar column from women who are cheating and looking for advice. Or those looking for a reason to justify why they should not cheat. At times, I get requests from those planning to cheat. Such has become the order of the day.

Each time the topic of women cheating on their partners come up in conversation, you see the perplexed looks on men’s face. Most always wonder why women cheat, yet women are supposedly monogamous in nature.

Well, gentlemen, I have news for you. First off, women, just like you, have sexual urges. In case you didn’t know. And when not satisfied at home or by their boyfriends, expect them to look for some elsewhere.

Women cheat when they are not satisfied by their men, for a long time when it comes to sexual matters women have been placed somewhere in the back burner. They are always treated as creatures who only give sex for the satisfaction of their men and never really for themselves. Again, if you thought women don’t like sex, you are a dreamer. Wake up!

Just like men, women think about sex most of the time. And in line with this outdated line of thinking you will often hear propaganda that, ‘while men are very visual, women are not’. Says who? A big lie!

I believe the only reason women are never caught gawking at a good looking men, the way men do, is because women are good at doing things chini ya maji (under cover)!

Women also check out other men, the only difference is we are clever enough not to get caught! Oh yeah, everything we do, including cheating, we always cover our tracks PROPERLY. Gosh, men can be clumsy. Unlike men who cheat with next door neighbours, women don’t cheat with men in their neigbourhood.

Always remember, women too are sexual and sensual. So don’t be fooled. When we see a hot man, we gawk or steal glances. In 2015, a woman in a committed relationship might have physical urges that she wants satisfied elsewhere, especially if her current man isn’t quite, shall we say, up for the job.

Again, a neglected woman is ripe picking for an affair, how long can you go without receiving love and attention before you look somewhere else? Women are not stones!

Women deprived of attention, compliments, and compassion are usually the perfect candidates for an affair. Then there is the revenge angle which is always a top reason, you will often hear a woman say, “I cheated on my husband because he cheated on me.” Being cheated on is a very difficult act to forgive. Yeah, at times, it’s tit for tat.

Finally, women cheat when they want to leave a relationship. Some women find it easier to cheat in order to force their current partner to end the relationship, rather than ending it themselves.

Confessions: I could be infertile, it has ruined my finances and three marriages
Readers Lounge - By Simon and Boke

#MyWord: The freedom to be
Lady Speak - By Christine Koech

Confessions: Even with a degree, unemployment leaves me no choice but to entertain men
Lady Speak - By Hilda Boke Mahare

How to manifest your desires
Lady Speak - By Nina Odongo

My word: In search of answers
Lady Speak - By Christine Koech

Love it: Facing your demons
Lady Speak - By Nina Odongo