Men only: When women manage stress through intimacy

You have got to watch the documentary ‘Hillary’ (about Hillary Clinton).

Very few women in the world have ever gotten to that ONE name iconic status.

When you say ‘Hillary’, everyone knows it is Mrs Clinton, in the same way ‘Janet’ is Jackson.

Others are Oprah, Cher or Beyonce, but those ones already have very unique first names.

Anyway, in ‘Hillary,’ Bill Clinton explains away his affair with Monica (Lewinsky) over 20 years ago as ‘his way of managing anxiety,’ the same way someone would pop a sleeping pill to sort out insomnia.

At the time, Sleek Willy got into a whole heap of manure for swearing, under oath, that he ‘did not have sexual relations with that woman,’; although he had the good humour a year later, in the Year 2000, upon learning that his ‘Lewinsky’ scandal was the 53rd most significant story of the century, to joke to journalists: ‘hey, what does a man have to do to make the Top 50?’

But I’m just being reminiscent.

The thing is a popular blogger last Saturday night, on the eve of International Women’s Day, asked married women to inbox her on their own sex scandals that help them resolve ‘anxieties’ on the home-front.

In 2014, I broke up with the side dish and settled with my now hubby, whom I married in December that year.

Then I decided enough is enough, I called my side dude last year, and we started the affair all over again, even though he himself is now married to another chick.

At 30, I am a happier woman lately, no more fights in the house, no more worrying on whether I’ll get ‘some’ in the house or not. The home is peaceful now ...’ 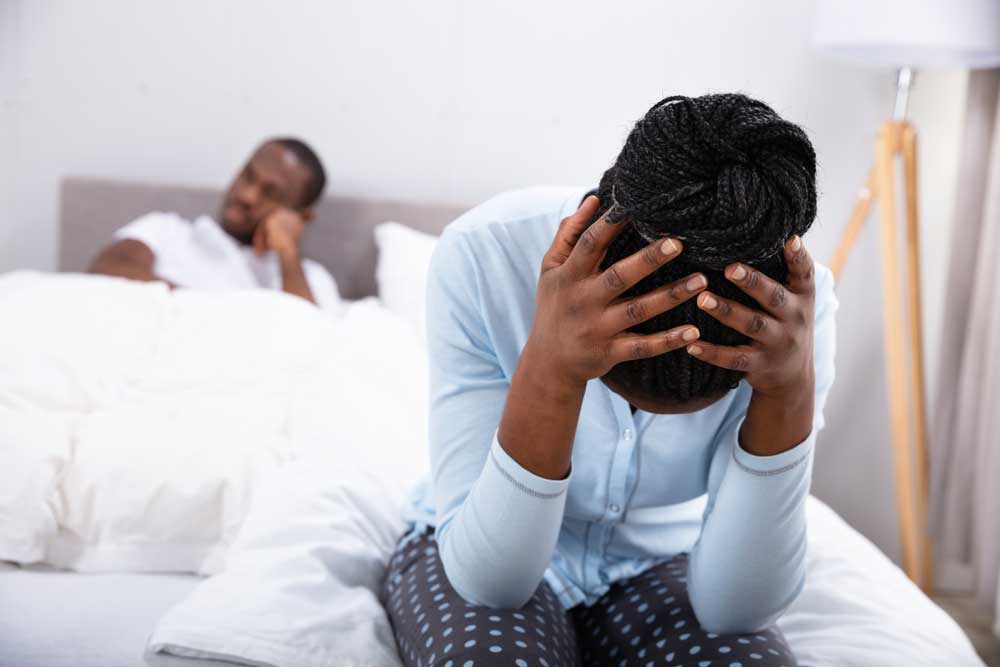 I am a 52-year-old corporate manager, and my husband is a retired 60-year-old former civil servant, or what you call a ‘pensioner’ although his pension certainly isn’t peanuts.

At the start of 2017, I was a depressed 49-year-old with both menopause worries and image issues.

We had been in a sexless marriage for about a decade (at least on my part) although in all other areas, my husband was quite supportive.

Then this new gentleman came to work in IT, and we found ourselves spending late hours in the office. One thing led to another, and now we have been having a serious ‘dose’ since mid-2017.

I am a successful businessman aged 38. What used to be called a ‘wheeler dealer’, but niko na shida.

Whenever I have money, which is much of the time, I used to find myself entertaining women.

Which is okay, except I have been married for six years, and we have a daughter with her (wife).

She has found evidence in the past that I have had three affairs (though the truth is they’re eight).

Last June, I accidentally discovered, through her phone, that she had been having an affair too, for about two years, with a married man who was her college sweetheart for 4 years (she once said, after catching me the third time, that she wishes she had married Sammy instead of a dog, me).

We went for couple therapy and counselling, and I have completely stopped cheating on her!

The problem is she now seems very detached, still has a ‘happy’ glow and goes about her ways with much secrecy, so that I suspect she still sneaks to Sammy.

My Dear Readers and Fans, what advice would you give these two ladies and the gentleman?

Men only: Social media, surely not all that glitters is gold
My Man - By Tony Mochama

Man republic: Why ‘you may kiss the bride’ in weddings should stop
My Man - By Dickson Aseri

Men only: When a man bangs your woman
My Man - By Tony Mochama

Men only: Of unvaccinated babies and nocturnal boys
My Man - By Tony Mochama