Men only: Why men kill themselves more than women 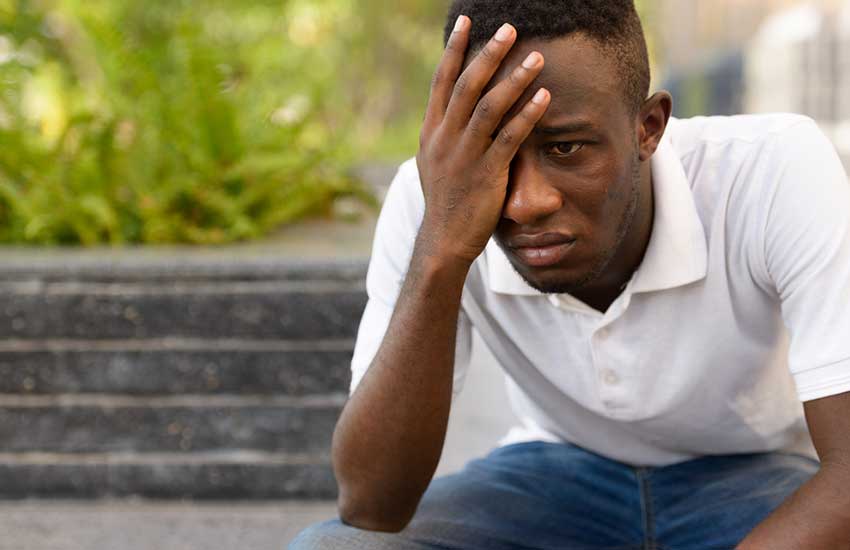 ‘There is nothing to writing. All you have to do is sit down at a typewriter (computer) and bleed.’ -- Ernest Hemingway

This being National Suicide Prevention week, I sat down with mental healthcare expert Dr Steve Amaya and asked him why more men, than women, kill themselves.

Dr Amaya began by saying the more the world got industrialized, and now with really swift rates of change, especially with technology, the suicide rates increased.

Come to think of it, stories of suicide among our grandparents’ ages, and in African ancestral life, were extremely rare.

“Call suicide a disease of modernization,” the doc tells me, then pulls up charts on his computer.

It is true. According to the World Health Organisation, suicide rates have risen by 58 per cent since 1999. If folks killing themselves was an investment activity, instead of a tragic individual act – and you had put, say, Sh10 million in it in 1999 – you would be reaping Sh6 million in return of investment today.

In other words (or mazmatics), your Suicide Stock would be making you Sh25,000 a month.

Three out of every four people who will commit suicide are male. Dr Amaya’s stats from 2018 show that of the 420 reported cases of suicide in Kenya, 330 were men.

In other words, by the end of this Saturday, some man, somewhere in Kenya will have decided ‘to hell with it all!’ and they will kill themselves. And not easily.

Of the 90 cases among the successful suicides of females in 2019, many involved pills or poison.

Which led me to one conclusion. Women may be breaking the glass ceiling everywhere, but when it comes to successfully slashing one’s wrists in the bath tub, men beat women – pardon the pun – hands down!

The reasons are simple, according to Dr Amaya. Women’s suicide attempts using ‘softer’ methods like overdosing on sleeping pills can ‘backfire’ (in the sense that you throw up, etc.’)

On the other side of the rope, few folks survive hanging, jumping off a tall building or in front of a fast moving Bukinya Express (Beryl loves these ones) or a bullet to the head. And all the above are favourites of men at the end of their rope!

Those not able to cope, and have lost hope.

“There are a lot of Life Issue expectations on the modern man today,” Dr Amaya says. “Certain cultural, spiritual, economic and personal goals that define the worth of a man.”

When that conundrum, like a burst condom, called ‘failure’ occurs, there are those people who dust themselves off, get up, and try again… But there are others who simply give up, and some of these men, especially the younger ones, will seek solace and oblivion by abusing substances like alcohol, chewing lots of khat, smoking bhang and so on.

What many of these guys don’t know is that such actions are retrograde.

“Suicide idea becomes more easily fixed in the mind of a substance abuser,” the good doctor warns. “Men must learn to cushion their stress, the way women do.”

I imagine a male friend talking about wanting to commit suicide, and I can’t picture how I’d help such a fellow except buy him a beer, and whisper: “Take it easy, mate. Your runaway wife wasn’t that hot to deserve a death in her honour, anyway …”

Dr Amaya peers out of the window, at the bypassing vehicles on the quiet street in South C.

“Inability to cope with high level of stress is the main lever of suicide,” the medic concludes.

‘The world breaks everyone,’ Ernest Hemingway wrote,’ and, afterwards, some people are strong at the broken places.’