Revealed: Why Luo-Luhya wives are rated the cheats


By EVE WOMAN WRITER | 3 years ago 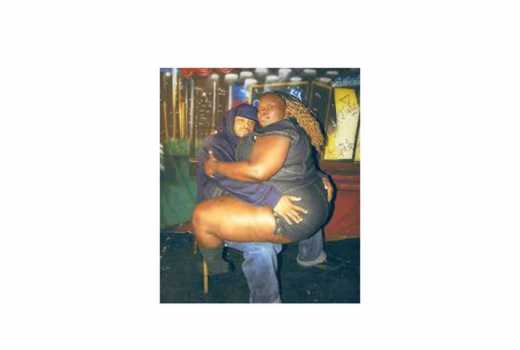 The boot is now on the other foot. Your loving wife is likely to have a mpango wa kando behind your back. A new survey shows that there are more married Kenyan women happily cheating than there are married men doing the same.

Take the case in Kisumu of the senior prisons officer's wife who eloped with a prisoner the day he was released. The prisoner had often been assigned duties of keeping the officer's compound tidy and it seems he went on to 'tidy' the wife as well.

The survey which was commissioned by The Nairobian and carried out by Infotrak Research and Consulting this September indicated that a married man is likely to be cheated on by a woman from Western Kenya followed by Nyanza.

Of respondents interviewed, 77.3 percent said they knew women who were having extramarital affairs contrary to popular perception of men as the unfaithful parties in a relationship.

Respondents sampled in Kakamega, Vihiga, Bungoma and Busia counties returned the highest response, 85 percent to the question on whether they knew a married woman who was cheating on her hubby.

Surprisingly of the 800 respondents sampled through phone interviews, many said there were fewer married men in adulterous affairs as opposed to women.The respondents, 55 percent, said that they knew men who are not having extramarital affairs with Nairobi recording the highest number at 60 percent in contrast to 77.3 percent who said they knew married women who have extramarital affairs. 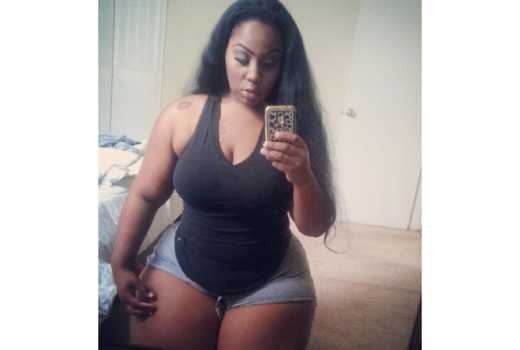 Married women in Kakamega concurred with the Infotrak survey that Luhya women cheat on their husbands, sometimes prodded by loneliness.

A teacher in Kakamega revealed that she cheats on her hubby who works in a neighbouring county from where he comes home on weekends and "The distance relation has left a gap in our marriage which is ably filed by my deputy at the private school I teach," says the 30-something year old mother of a two year old daughter. "He allows me to leave school early in the afternoon after booking a hotel in town whenever I cannot hold it anymore."

Brian Were, a lodging manager in Mumias told The Nairobian of the countless married women knows and "They come here every Friday with bags full of household goodies for the quick service bookings that last less than 30 minutes during the day. They ostensibly lie to their husbands that they are out to shop since Friday is the market day in this town," said Were, adding "We have set aside three rooms for the quick services."

Then there are the elderly women, in their 50s and 60s who target boda-boda riders in places like Likuyani constituency in Kakamega North where the said women prefer paying for rides from inside their houses.

Alfred Sagala Chair of Bodaboda operators at Mwamba Stage in Likuyani concurs that his members have been targets and they have warned the said women.

Bishop Julius Abungana the chair of Pastors and Bishops Association of Kakamega laid the blame on poor communication in later-day marriages. "A man gets out say on duty for days or sells sugarcane or land and disappears without communication. What impression do you think remains in the mind of his woman?" posed Abundantly.

"Likely the man goes to other women among who are people's wives and to hit back his wife also decides to be unfaithful to him," says Abungana of Believers Ministry holding that openness can curb cheating.

The other menace is the promiscuous hairdressers in Kakamega who have rubbed their behavior on married women.

Women start cheating emotionally with men who treat them nicely mostly men within grasp and access to work places.

Anyango near Aketch, a school teacher concurs with the research that yes, ""Women cheat. They do so for various reasons" she says outlining long distance relationships besides being neglected and she's "bound to look for the fire, excitement and fun elsewhere" while working classes cheat in search of "more privileges or promotions at work" where being overwhelmed juggling family and deadline driven demands sees a well-meaning wife "seek solace in the hands of another man in the name of letting out the pressures" explains Aketch agreeing that for another woman it's in their promiscuous nature, it's in their character.

Aketch also says some married but greedy type "do it for money as they can't get satisfied with what the men in their lives offer" but "need to be enlightened on the gross dangers of cheating as some cheat without thinking of the consequences provided their needs are satisfied" whether it's by the boss or the shamba boy.

And as for men, some "need to be taught about the essence of taking care of their women lovingly and understanding the pressures that the society has bestowed upon them."

In Central, chamas are bad news for men

The Infotrak survey commissioned by The Nairobian revealed that women from Central Kenya would give marriage a miss, but when it comes to cheating most blamed spousal neglect occasioned by alcoholism with aggrieved parties seeking sexual redress from male hairdressers, estate photographers, pastors and bodybuilders who are perceived to have a listening ear.

Other reasons include FM radio talk shows where neglected women are encouraged to 'take control,' lack of sexual satisfaction and lack of respect in relationships. Women take their cheating ways to lodgings, cars, stadiums, parking lots and even the bush comes in handy.

Lucy Njeri, a resident of Kiambu also blames women chamas as places where promiscuity is encouraged through peer group pressure. "In chamas women go to the extent of discussing their bedroom affairs and when others say what their husbands do they feel that they need to experiment when their men don't meet their expectations they seek it elsewhere," she says.

Mwangi Ndungu, an elder and a pastor with Apostolic Church in Kiambu says that "men from our region are good family providers but they are to blame for working long hours denying their wives enough attention, I don't know how we are going to curb this problem because we love money so much" he explains adding that spousal revenge is another reason for infidelity which they view as 'sweet' before "they begin to experiment little do they know they are plunging themselves into a hole and later on the past begins to catch up with them."

In Central Kenya, the spates of unbridled alcoholism haven't helped matters and Sammy Njoroge a sex relationship expert, says two out of five women cheat to seek favors from their bosses while for others, the gym guy seems the best stab at fulfilling sexual fantasies. "Women cheat with other men because their husbands are busy most of the time, working for more hours, therefore, contributing less to marriage. Simply they get someone who has time for them and can listen to them often," says Njoroge.

In Kambaland, wives cheat with the best man

Tabitha Mumbua thinks married in towns cheat more than those in rural areas with money, revenge, seeking favors and marrying the wrong person being key drivers and she thinks "Women can only stop cheating through trust and communication. "Women need to identify the right person without pressure. They do not need to compare themselves to others since everyone has her own standards."

Regina Mulu reckons that for choice of partner to cheat with, the man's best man is one culprit followed by "close friends, workmates and classmates" with infidelity being spurred when they (wives) are ignored by their husbands or boyfriend friends and chances for cheating are provided by being away at work, religious crusades, (overnight) prayers, shopping and working the night shift providing perfect excuses.

Catholic Church Archbishop Martin Kivuva blames infidelity to exposure to media and movies even as the church encourages faithfulness in marriage and for those who are not married. "Faithfulness has something to do with people's upbringing and understanding" he said adding that he cannot depend on figures from surveys since it all boils down to "on exposure of the communities that is why you find that there are challenges in cities and towns where people live in small space where young people are interrupted."

At the Kenyan coast, cheating wives are simply paying their husbands with the same coin as Florence Mwavali, a fashion retailer explained, arguing that wives cheat when their husbands have also betrayed their vows.

Florence, who suffered divorce after 13 years says cheating on a womanizer is sure revenge while for Jamila Mahfoudh, a career woman, singles out neglect as reason enough for a wife to seek solace elsewhere especially men who view marriage as a place of zero challenge and leave their wives to their own devices. Jamila says romance should continue long after courtship as "All women want a fairy tale romance from their husband and will not go through the dangers of an illicit affair if only husbands would take care of them."

Mwanaidi Sultan, a single mother of three says that the problem with Mombasa women are early marriages to older men as second wives leading to unhappy marriages and "When they meet a young strapping male somewhere down the line, they throw all caution to the wind and dive headlong into extramarital affairs."

Katherine, a 'night nurse' has observed that cheating wives at the coast are hookers supplementing their husband's meager earnings as "You will find that some men down here are drug addicts who do not take care of their families."

Mombasa Catholic priest, Fr Gabriel Dolan says that cheating in marriage "should not be blamed on woman as it is a societal problem as the men they cheat with should always bear the blame," he said, agreeing that remaining faithful is a challenge most couples face while Bishop Robert Wafula of Neno Evangelism Centre, Mombasa, was of the opinion that women who cheat on their husbands lack guidance. "We are in the business of counseling couples and upholding the family structure, but unfortunately, our reach is limited to only members of the church."