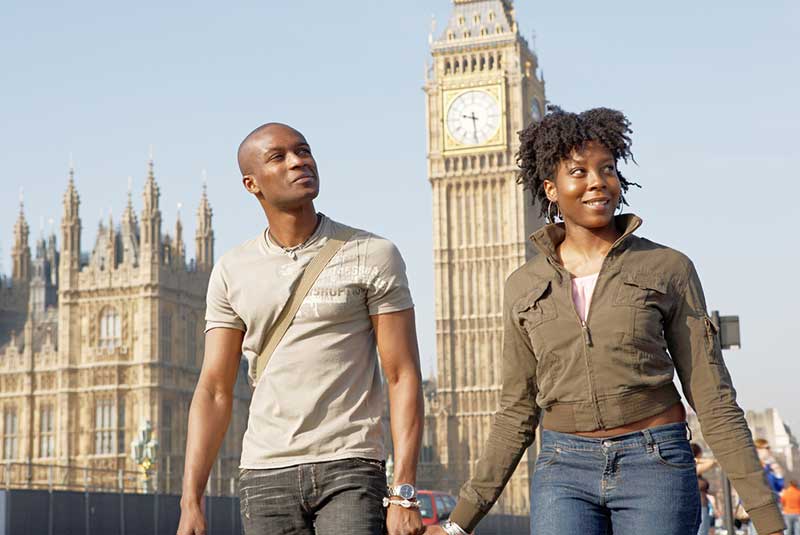 The ruthless efficiency with which some pull off the tricks has always left unsuspecting women — with broken hearts — wondering whether these hyenas went to the same post-graduate school of seduction and graduated with master’s degree in the art.

These men leave nothing to chance; when one trick hits a brick wall, they always employ another one. In some instances, multi-pronged strategies are used, and before a woman knows it, they con their way into her panties and vanish without a trace.

‘Panty removers’ that make women itch to get naked

Take use of alcohol, for instance. This is the oldest trick men use when they want to randomly get laid. But members of ‘Team Mafisi’ have taken the game a notch higher. Take, for example, what happened to a certain Kanini, a city-based woman who still can’t believe how easily she gave it up to a member of ‘Team Mafisi’ on whom she had been playing hard to get.

He took advantage of the fact that she is fun-loving, easy-going and takes alcohol. She says the close friend, masquerading as a gentleman who can’t ‘touch’ a woman until given permission, came up with a drinking game, which she later discovered is christened ‘chemical warfare’.

“We were just the two of us at his place on my first visit. Once I fell for the drinking trick, he came up with an undiluted whisky gulping competition. “Once I was wasted, one thing led to another and the rest, as they say, is history,” complains Kanini, adding that she regrets it and hated the man because she was not ready for it.

A self-proclaimed member of ‘Team Mafisi’ who requested anonymity told this writer that use of ‘chemical warfare’ is the easiest, especially on women who drink. What’s more, there are certain beer brands — commonly referred to as pantyremovers — that have increasingly become popular for they easily aid in getting women wild and itch to undress.

Sly, great cook with girls as his favourite dish

Besides the few cases in which good-time women throw themselves at such men, it gets even crazier with some of the tricks, silly lies and even money used on women who play hard to get. A certain Eric, a self-proclaimed life member of the infamous randy team, jokes that “women are known to play hard to get, even when it is written all over their face that they want to get jiggy. In such times, a man has no option but to use underhand tactics to raid the cookie jar. Nothing personal, it’s just a game and no force is used.”

For him, promising to cook his dates their favourite delicacies always does the trick. As many women will attest, a man with the ability to cook always stands out to them. “Women like men who can cook. They find it sexy. Some will tell you there is just something sensual about a man cooking for a woman,” says Eric, who is a chef by training, but works at a second-hand clothes dealer in Nairobi.

Eric says food is a great conversation starter. “Everybody likes good food. Like fashion, food is always a great topic to discuss with women. I always take the conversation a notch higher by bragging about my abilities to cook their favourite dishes and other delicacies. Of course, this is where they play into my hands by challenging me to stop bragging and prove my cooking skills,” chuckles Eric.

He goes on to giggle that this gives him a perfect excuse to avoid outdoor dates and invites them to his house. “As you prepare them their favourite food, you play your cards well while at it, so that in the end, before they know it, you turn them into a ‘dish’,” he laughs. Seemingly, the most difficult part for most members of ‘Team Mafisi’ is getting women to their houses. Once they are done with this huddle, the rest, many told us, is as easy as abc.

Take, for instance, the following lies and lame excuses they use on women. When he invited her over to his house, James had no clue she was going to be an easy lay. Once they were done dining, wining and watching a movie, he expected her to insist she wanted to leave. But each time she requested to leave, he jokingly begged her to hang on a bit.

“At some point I changed the excuse, promising her my cab guy will drop her. But as it got late, I changed the script and told her I had lost my cab guy’s contact, warning her it was not safe anymore for her to leave”, laughs James. He went on to beg her to spend the night, claiming he is a gentleman and vowed not to ‘touch’ her, only to nag her all night, lying he was only going to use kichwa tu (the ‘tip’). It worked.

Hilarious tales have been told of men who beg unsuspecting women for sleepovers, claiming they will sleep in separate beds. “Look, I am a good man. I won’t disturb. I will sleep on the sofa and let you peacefully sleep in my bed,” they will lie. A woman surnamed Karambu says such a lie was once used on her, only to wake up next to one of her then hairy colleagues the following morning, with damage already done.

‘I can SHARE BED with a woman without disturbing her’ trick

“Others will even tell you they are ‘different’ from your average man. They will boast about their nonexistent self-control, saying, ‘I have on several occasions slept in the same bed with my female friends and nothing happened, so you are not the first one,” laughs Karambu, adding that once they have hit it, they will keep lying to you that, “you are the best I have ever had, actually no one does it like you” to keep you around. Before you know it, you discover there are other 23 women he sleeps with and tells the same rubbish.

Maureen*, a 28 year old banker in Nairobi, says she has been a victim of cunning ‘Team Mafisi’ members, and she now knows them inside out. “When they want to have a piece of you, they always come up with all sorts of sad or sorrowful situations, with them as the pained victims,” says Maureen. Under this strategy, these men take advantage of the fact that women are empathetic, caring and always willing to help. However, their biggest waterloo is when the man in question is ‘loaded’ financially or looks good. They just can’t help it, but give in. Many women have reported cases in which they only gave it up to, out of mercy, pity or sympathy. What, however, might shock many of such types is that such sad tales and situations are always stage-managed by the man.

Take, for instance, the case of a certain Nduati who goes round sleeping with his female friends, lying to them that he was dumped and really misses being intimate. “He came to me, whining that he had been dumped and efforts to get into a serious relationship have been futile. He went ahead to insinuate how ‘thirsty’ he was with a burning desire to get laid, even if just on friendly basis. By the time we knew what was going on, he had slept with three of us, his close friends” says Karen, a victim of a man who was only looking for hit-and-run prospects in his colleagues and friends.

Karen says her efforts to sweet-talk him into a serious relationship proved futile. It was then that she, with her friends and colleagues, discovered he was out to have a good time and fulfill a fantasy of having as many conquests as possible. “Most of such men always come up with sob stories of how their women or wives mistreat them, making it look like you are their only source of solace and consolation,” says Karen. She goes on to laugh about the lame excuses. “Oh...my wife hates me, she mistreats me... Oh, my ex-girlfriend coned me and swept my house clean.... Oh, my baby mama is on my neck for no reason... I am in so much pain and stress, can you come over and spend some time with me please woiye,” she giggles.

Silly as some of these sob stories sound, women always fall for them line, hook and sinker. Others create a “good sad” situation. He may lie that he is joining the army, going to study, work or seeking asylum abroad, and begs to spend some good time with his object of desire just one last time before he leaves. Some will beg and shed crocodile’s tears just to get laid.

‘Team Mafisi’ have also not thrown away old tricks like promising to marry their object of desire. Some will push the joke further by buying engagement rings, which they give tens of women, promising to marry them. But once they hit the jackpot, they, like a fart in the air, vanish. Sorry guys, the tricks are out, you better dash back to the drawing board.

Financial tips: Managing your money if you have been laid off, on a pay-cut

Your Home by Mirror

'My mum’s boyfriend has moved in and acts like he’s my dad... I hate it'