﻿﻿ Evewoman : Fun facts about people born in the month of December ​
​ 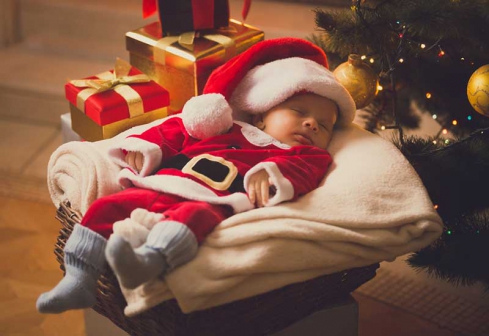 They are naturally athletic

According to a study by International Journal of Sports Medicine, December babies have natural athletic capabilities. So much so that Olympic gold medals prove it. Examples of such athletes include Fierce Five, Mckayla Maroney and Gabby Douglas. In short, they tend to be very active and strive for success.

While they succeed in what they put their minds to, focusing can be a problem. Described as headstrong and determined, December babies struggle at making decisions. Those born earlier in the month struggle with indecisiveness more than those born later.

They are either a Sagittarius or Capricorn

Those born up until December 21st are Sagittarius while those born after December 22nd are Capricorns. Sagittarians are known to be extremely generous, idealistic and downright hilarious. They also tend to be more outgoing and extroverted. Capricorns are composed, reasonable, disciplined and master self-control.

Although they generally have fewer mood swings and temper tantrums, they are more prone to depression and pessimistic attitudes in general.

They enjoy the good life

December babies particularly those who fall under Sagittarius in particular love to travel and explore different things life has to offer.

They tend to love the color blue perhaps because it is the color of their birthstone. The shades come in wide range of colors in turquoise, tanzanite and topaz.

A study carried out showed that December babies had no advantages or disadvantages when it comes to contracting diseases. According to the study, they examined the correlation between birth month and disease and December babies were ranked tops of those who had good general health.

They are born teachers

They tell people when they are wrong and how to correct it. Not because they are bossy but because they see the best in everyone and believe they have potential. They are always willing to help but they show this only to the people they love.

They never believe it is too late to learn something. With that mentality, they are always learning wherever they go. They also love to impart knowledge on others which may come off as boastful while in fact they are just excited to share new things they have learnt.

They are born leaders

When given a chance to be at a leadership position they will rarely fail. Their logical thinking helps them to be fair, logical and understand that there are always two sides to a story.