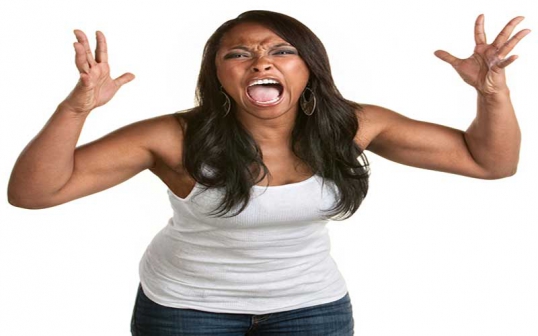 My friends, hell hath no fury like a woman whose name has been mispronounced or misspelt! The other day, I almost called on my ancestors after a lady publicly scorned me for mispronouncing her name. I introduced her as Everline instead of Evelyne. I never knew people's names have joined the list of sensitive issues in our generation. Men, get it from me that mispronunciation of names is enough to let your dream wife slip off your fingers as you watch.

I know everyone is entitled to spell and pronounce their name as they wish but this is easier when dealing with the current generation names, the likes of Laquishar, Queenishia and so on. Not those old school names that we grew up with way back in the late 70s and early 80s. I cannot grow up referring to you as Theresa all those years then when we meet in our adult life and I use the same name you turn wild on me claiming you are Treezah.

Which Treezah now? If you think this is a lie, ask a Susan in your circle of friends to spell her name and if she does as I have, take her on a shopping spree because she will most likely stick to your budget. If she goes ahead and spells it as Suzzette, put on your sports shoes and hit the road faster than a dear. The same way she has messed her name is the same way she will mess your budget.

Then there is this Rehema I grew up with for the better part of my childhood who now swears by the Lord's name that she has always been Rahmar. Again I ask, which Rahmar now? Do some of these names mature like wine or what? Does it mean that at some point in my life mine will turn to Beryllium?

If you think this generation is the only one affected, think again. I remember the first time I was joining boarding school way back in primary, my late mother who was a tailor decided to embroid my name on my uniforms in bold. I was okay with that until she came back home with my clothes written Beryl Itindison.

For a moment I thought it was a typo or in this case an 'embroido' but not after I confirmed she had done that to all uniforms. I asked her why and she was quick to give me example of western names such Jameson, Peterson and Williamson winding up with Itindison. She almost infected me with the 'name disease', I was so close to joining the bandwagon until my A double Snakes was whopped by our class teacher after I referred to our prefect as Odhiamboson.

I have seen a potential relationship go down the drain after the man referred to the lady as Dorcas while she had introduced herself as Dokas. I hope you get the difference, if you still pronounce the 'R' in the name Dorcas just know that both you and I are old enough to join the 'early man' club. What amazes me is how fast these people adopt to change!

I mean, if you have been responding to the name Theresa for over 20 years then all of a sudden you have to respond to Treezah and ignore Theresa, is that not an uphill task? It's like adopting your man's name after marriage, it needs some time to acclimatize yourself with your new name. For instance, I can't wait to see the look on my own face the day someone will refer to me by my husband's name. I will just stop and laugh before I respond.

Disclaimer though, I am not yet anyone's wife, so let not the above statement send potential suitors away. Just ensure that your name has already 'matured' before I adopt it. I don't want to be Mrs. Oduor for three years then later change it to Ozuori. Decide who exactly you are before you propose to me.