Why men 'never' admit they're wrong during an argument- It’s actually science!!

Girl Talk By The Mirror 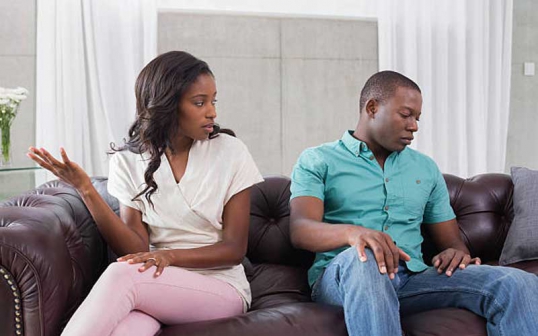 Nothing makes you want to tear clumps of your hair out, scream, gnash your teeth and generally lose it more than someone who refuses to admit they're wrong.

Now, we're not suggesting men are unique in their struggle with admitting they're wrong.

However, if you have found this is a tendency with your significant other, friend, brother, dad - whoever - then there is, apparently a reason why. What's more?, it's not their fault. Yay!

According to Elite Daily , scientists have discovered a link between men with high testosterone levels and a proneness for being stubborn/thinking they're correct, when they're not.

"What we found was the testosterone group was quicker to make snap judgements on brain teasers where your initial guess is usually wrong," explained Colin Camerer, a professor of behavioural economics at Caltech who worked on the study.

"The testosterone is either inhibiting the process of mentally checking your work or increasing the intuitive feeling that 'I'm definitely right."

As for how they went about this experiment…..

The scientists gave one set of participants extra testosterone and the other set none.

Maths problems were then posed to both sets, and to no one's great surprise, those who'd had extra testosterone were more likely to be wrong. In fact, they got 20 per cent fewer answers right.

Not only that, but they arrived at their incorrect conclusions speedily and once they were told they were wrong, took a while to arrive at the correct answer.