I lost friends and hated myself because of epilepsy 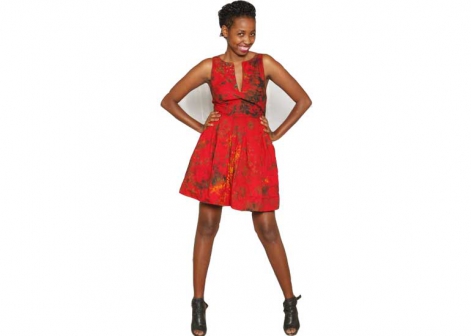 “I’m a very confident person, and sometimes, people ask me why I’m so proud. Well it’s because of the discrimination I have faced as an epileptic. It has made me have to be twice as proud as I would have been had I not had the condition,” says Maureen.

At age 13, Maureen went from being a bubbly, independent young girl to one who suffered humiliation and discrimination from the manifestations of epilepsy, including wetting herself during seizures.

Maureen was born in Machakos in 1994. “My mother had me when she was 20 years old. She had me under a tree. Because she could not afford to deliver in a hospital, my grandmother arranged for a local midwife to come help deliver me, but I guess I couldn’t wait because by the time the she came, I had already popped out.”

For the first couple of years of her life, Maureen lived with her grandparents as her mother returned to Moi University in Eldoret to complete her degree in education.

Once her mother completed her studies and found a job, Maureen’s mother took her and they lived in Muthethini, Machakos county. Her father, trained in law, got a job in Embu so the family had to be separated for a while.

The family was reunited in 2000, and Maureen attended school for the first time when she was six years old.

“My first day in school was embarrassing because I could neither speak Kiswahili nor English. All I knew was Kamba. When the teachers asked me my name, all I would do is smile. Luckily, there was another Kamba girl in my class who translated sentences for me.”

Maureen says her inability to speak the national languages never hurt her self-esteem. “I was brought up a confident girl and my mother used to tell me not to worry, because I would learn.”

Maureen and her parents moved to Nairobi in 2003 and that is the first time she encountered somebody with epilepsy.

“I was in Standard Four. I saw a boy fall to the ground and a teacher put a spoon in his mouth. I always flash back to that moment and now having gone through epilepsy myself, I think to myself – those teachers were wrong to put a spoon in that boy’s mouth. That only worsened the situation.” 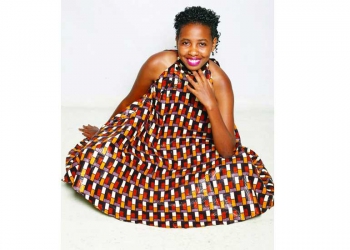 Years passed and in 2007, Maureen experienced her very first convulsion. She was in boarding school.

“I don’t remember what happened, but I later realised I had an attack because I bit my tongue. I also wet myself and had a severe headache,” she narrates.

Maureen’s parents tried to protect her and reassure her nothing was wrong with her. “After every attack, whenever I asked them why I had tongue bites, they told me it was normal for people to accidentally bite themselves during their sleep. And I believed them for a while.”

This was until Maureen started to face discrimination at school.

The attacks became an everyday occurrence and Maureen’s friend pointed out to her that she might be epileptic and that the condition was associated with people who had demons.

“I refused to listen to what she was saying and told her that I was just sensitive to the cold.”

Maureen began to experience depression when schoolmates who were once her friends started to distance themselves from her. “I am naturally a very social person, but with the condition, people didn’t want to associate with me anymore. I felt so alone. I’d call my classmates to ask if we could meet and they would turn me down.”

Maureen had to bathe at night to avoid the morning cold. Students started to call her dirty. “I don’t know why they would say that because at the end of the day, we all showered, they just did so in the morning and I at night.”

Maureen depended on drugs though she had not been diagnosed. She sat her KCPE exam and scored 391 marks out of 500. She was accepted at Moi Girls Secondary School, Nairobi. But because of her frequent convulsions, her parents opted to enroll her at a day school.

Maureen shuffled through six schools throughout her secondary school because of her condition.

The first school she enrolled in for Form One was a Catholic school, but her stay was short-lived – she was expelled for being a “distraction” because of her condition. Maureen breaks into tears as she recounts the way she was treated.

“The principal was a nun. I couldn’t believe I was kicked out because of my condition. The picture I had of sisters was of caring people. But after that experience, I told my mother that she shouldn’t expect me to go to a Catholic church. My mum told me the sister invited her for coffee many years later and I was mad at her,” she says.

Maureen continues, “My mum offered to pay for the coffee and I wondered why. I told her she should have used the money on something else rather than someone who rejected me because of a condition that was not my fault.”

When Maureen transferred to a new school, she experienced more discrimination and had to undergo counselling.
Although she had to skip many classes because of frequent attacks, Maureen says she did her best and got good grades – As and Bs.

Despite this, Maureen says the teachers would still yell at her for skipping classes and not performing well in some subjects.

Loses a tooth, almost goes blind
During one of the days when Maureen was out of class, a teacher saw her and sent her to run some errands.

“I told her I couldn’t do it because I could feel a convulsion setting in. But she made me feel guilty. She said she was one of the teachers who took care of me so there was no reason to refuse to be sent,” Maureen narrates.

Out of guilt, Maureen set off to run the errands. But on her way, had a convulsion and ended up falling to the ground. That was to be the beginning of another nightmare. “You see these scars near my eye and my missing tooth. That happened when I fell.”

Maureen suffered some rectal bleeding and she was told she would lose sight in her right eye.

“I bled for a month. At first I thought it was my period, but it lasted too long and it was too heavy. I had to wear pampers, literally, because the pads could not hold the flow.”

For the better part of 2009, Maureen was out of school and she was hospitalised. She was also finally diagnosed with epilepsy. During this time, Maureen attempted suicide by overdosing on pills. “It didn’t work and when I came to, my mum was so disappointed in me. She said she loves me so much and couldn’t understand why I would want to die and leave her.”

Concerning the report she would lose her sight in the right eye, Maureen says, “I told my mother I wasn’t going to undergo any surgery but I would depend on the God she kept on talking about who is faithful.”

Call it coincidence or God incidence, but Maureen did not lose her sight, and the bleeding stopped.

Because of being in and out of school, and because of repeating classes, Maureen completed her high school studies in 2015, when she was 20 years old. She got a C-.

“I repeated Form Four because I wanted a better grade. Everyone was happy with my grade because they knew what I had gone through, but I felt I could do better. My mother tried to convince me to accept the grade, but I decided to repeat form four.”

Maureen ended up getting the same grade, a C-. “The principal told me that my talent will show itself elsewhere and a grade is not everything. I am forever grateful to all the staff of St Catherine Girls High School Machakos, especially to the directors Mr and Mrs Musyoki for the love and the care they gave me during my time at the school.”

Maureen is now in remission. She says she does not get convulsions anymore, and the signs of epilepsy seem to have subsided. Nonetheless, she still takes drugs to avoid any eventuality. 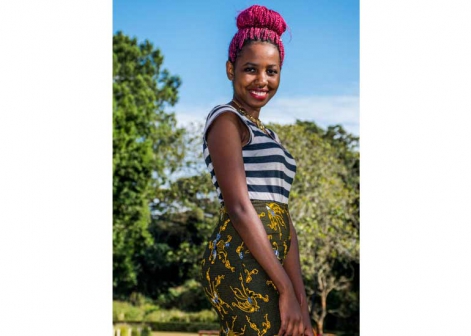 Last year, Maureen took up modelling. During one show, the organiser saw her taking pills and asked her what they were for. “He thought they were contraceptives, but I told him to Google Purple Day.”

Purple Day is an event designed to raise awareness on epilepsy. It takes place annually on March 26. It was started by Canadian Cassidy Megan in 2008 after her struggle with epilepsy.

This year, Maureen is organising a series of awareness events leading up to Purple Day.

“Epilepsy should not stop anyone from living a normal life. I don’t limit myself. If I want to go out, I will. If I have to wear sunglasses because of sensitivity to light, I will. After all, it can be a form of swag. Let no other epileptic go through the self-hate I did. Love yourself and go after your dreams.”

Maureen says it is unfair to discriminate against epileptics in the job market, because they can perform just as well as anybody else.

“Everyone has a right to a job. An employer should ensure his or her workers have access to medication and they should be fine. Drugs can be quite costly, so epileptics need all the support they can get.”

Maureen also says it is important for employers and colleagues to be trained on what to do when an epileptic has a seizure. “First Aid is important,” she says adding that there is a misconception that epileptics get seizures every other time, but this is not the case. “As long as an epileptic is not stressed, he or she should be fine. Avoiding stress is a key tool for an easier life for an epileptic.”

Maureen’s advice to job seekers: “Epileptics must always exude confidence in themselves. Have confidence in your abilities and qualifications and be free about your condition with the employer. A decent employer will be accommodating.”