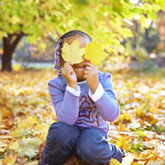 Sickle cell anaemia is an inherited disease of blood, in which red blood cells assume an abnormal, rigid, sickle shape.

Blood is made of white cells, red cells and platelets. Normally, the red blood cells are disc-shaped and look like doughnuts without holes in the centre.

They move easily through the child's blood vessels. Red blood cells contain an iron-rich protein called haemoglobin. This protein carries oxygen from the lungs to the rest of the body.

Sickle cells are stiff and sticky. They tend to block blood flow in the blood vessels of the limbs and other body organs. Blocked blood flow can cause pain and organ damage.

A sickler is prone to "sickle cell crisis," and may suffer overwhelming infections due to a non-functional spleen, stroke, gallstones, and destruction of the hip bone, bone infections, leg ulcers, eye problems, chronic pain, and kidney failure.

Some forms of "sickle cell crisis" include severe pain, swollen painful fingers and toes, acute chest syndrome among others.

If you have the sickle cell trait, you don't show any signs of sickle cell disease, and you are a carrier for sickle cell gene (allele).

ALSO READ: Financial warning signs to watch out for when in a relationship

Normally, adult humans have Haemoglobin A (considered AA), those with the trait have AS, while sicklers have SS.

A child inherits the disease from both parents. If your spouse is AS too, then some of your children (25 per cent) can become sicklers, 50 per cent will be AS while the rest (25 per cent) would be normal (AA).

You can find out if your partner, yourself or your child has sickle cell disease or is a carrier through a haemoglobin electrophoresis test.

Financial warning signs to watch out for when in a relationship

Five tips to teach your child how to save money