More teenagers on the pill 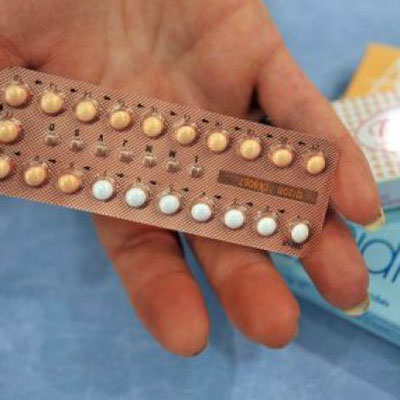 Sex is an intimidating topic. Not in the least when you throw in religion in a highly secularized society.

A few weeks ago, there were reports that teenagers were using morning-after pills and Post-Exposure Prophylactics (Pep) to mitigate the risks of unprotected sex. Pep pills are believed to reduce chances of contracting HIV.

A casual chat with a pharmacist will reveal to you that young girls routinely buy emergency contraceptive pills. Many of the pharmacists we spoke to claim that while some girls look reasonably older, they are actually precocious teenagers, who have been introduced to sex at an early age.

Paul Omar, a consultant in reproductive health, blames the trend on the easy availability of emergency contraceptive pills.

“The easy access to over-the-counter e-pills has made risky sex commonplace, given that teenagers are only concerned with pregnancies. Infections are only a secondary concern to them,” opines the expert.

Many parents are too embarrassed to discuss sex with their children, and become even more confounded when the young ones become teenagers. They assume the children are too young to be taught or old enough to have learnt from elsewhere.

Mostly, the more precocious kids plant ideas in the heads of their peers. House-helps are also known to extend their services to include free, and often exploitative, sexual knowledge, while parents are at work.

Omar blames parents for teenagers’ misinformation, and their opting for risky solutions.

“Parents aren’t taking part in educating teenagers about safer approaches. As a result, many are abusing the contraceptives, which might eventually have an impact on their reproductive health,” says Omar.

Many parents believe that giving children sex education will encourage them to experiment.

However, the opposite is true. Studies indicate that by offering sexual information, parents may delay children’s involvement in sex, because talking about it removes a strong motive to try things out. Knowledge also gives young people an honest picture of the risks and responsibilities that come with unsafe sex.

Surveys in the United States, Britain and South Africa show that 80 per cent of boys learn about sex from their peers, who are not any better informed.

That teenagers are having sex is a foregone fact. Sex education should be a priority in modern families.

The pervasive sexual ignorance is a source of a lot of pain in the world. Teenagers, more so girls, are doubly disadvantaged. They are predisposed to early pregnancies that not only interfere with their schooling, especially when they opt for early marriages to escape the wrath of parents.

Sexually transmitted diseases, worse still HIV and Aids, are as prevalent among young women as among married adults. Abortions are commonplace, and often go wrong, rendering many a young woman barren.

Paul Opondo, an anthropologist, reckons that adolescents are more at risk because they have a higher number of partners and more concurrent partnerships than older groups.

“Sexual encounters among teenagers are experimental and mostly unplanned, for instance, during school holidays,” he says.

The anthropologist believes that abstinence is out of the question.

“Abstinence is not a viable message for this generation, and we should embrace other approaches such as condoms,” says Paul.

He further observes that teenagers are becoming sexually mature at an earlier age, which is an uncomfortable reality. As a result, many parents wake up to a pregnant or sick teenager, and by this time, it is too late.

However, such a suggestion will be radical by any means. Religious institutions are adamantly opposed to the practice that has been given a nod by many medical practitioners as a method of ‘safe sex’, even though the proponents say it should be done in moderation.

Pastor Jeff Nthiwa, a life coach, advises parents to teach the youth on matters of purity and to not condemn them when they stumble.

“Only the Holy Spirit can guide the youth towards right choices. And parents can help them by nurturing them when they are young,” the pastor says.