﻿﻿ Evewoman : Talia Oyando: Why i walked away from showbiz ​
​

Talia Oyando: Why i walked away from showbiz 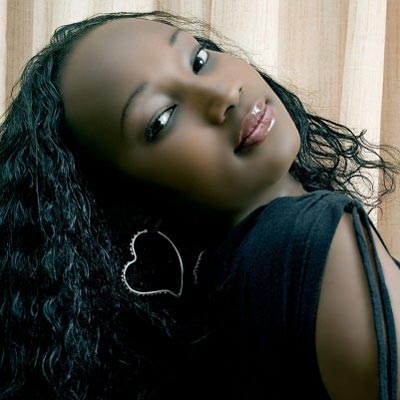 Talia Oyando has been in the public eye for almost half of her life. At the age of 17, together with her music group Talma, they released their debut album Jambo Rafiki in 2001 and won an Emmy Award in the same year.
Talia became a solo artiste, then crossed over to television, and successfully hosted an entertainment show before conquering the radio airwaves at a tender age of 19. Then out of the blue, she left it all behind, with no explanation.
“I am excited to be turning 30; I cannot help but sing Beyonce’s song grown woman; the tune has been playing in my head. I guess now I can do what I want!” she says regarding her recent birthday a few days ago on February 26.
Why did she walk away three years ago?
“I needed some me time,” she says. It marked very challenging moments for Talia, especially with her fluctuating popularity in the entertainment industry, which made her a constant target by the local tabloids.

Looking back, she now realises that a break was good for her.
“I needed time to find myself. I got into the entertainment industry when I was very young and I did not get to live my young life fully. I never got to do things a young girl should do.”
But even amidst all the fame Talia experienced some fun.
“I travelled a lot. I visited my sister in Miami. I also visited South Africa, Tanzania, Amsterdam and other places I wanted to see. I was in Jamaica for two days on a cruise, and that was fun. And in the process, I met my soul mate Ezy. During that time, I also got into charity work thanks to Ezy and we got to put smiles on children’s faces.
Every month, we would shop with a group of people and buy clothes, food, medicine and go visit children in slums, homes, and hospitals. It was a time of self-actualisation,” she explains.

After all that has happened and almost a decade off the limelight, Talia is back on radio and enjoying every moment on air.
“I am back on air and loving it. I do a mid-morning show called The Juice on Homeboyz Radio. I am very happy,” says Talia.
With hits like Haunitishi with E-Sir, Sweety Banana with Nyambane, Mimi na wewe with CMB Prezzo and Tanzanian’s AY — to name just a few — Talia has a musical talent too. She confides that she has not buried her musical ambitions.
“I have written so many songs, I just have not gotten back into studio, but I will when I am able to.” Showbiz has a way of illuminating outward perfection.
Having a baby had ramifications for Talia and at times it bothers her that she has gained weight.
“Adding weight is my biggest insecurity. I added some 32 kilogrammes when I got pregnant. I lost 25 after giving birth. I have seven more to lose to get to where I was. I don’t like it but when I look at my son, I know it was all worth it and I would do it again in a heartbeat.”
Not one to be shy, Talia recently posted some very sexy pictures of herself that got people talking on the Internet.
What does sexiness mean to her?  “Being comfortable in your own skin.
Just because something looks good on someone else does not mean it will look good on you. So be comfortable in your own skin.” And how does she balance her role as a mother, a wife and a career lady?
“You can be both, or many things, or anything,” she says.