Flying the Kenyan flag in the UK runways 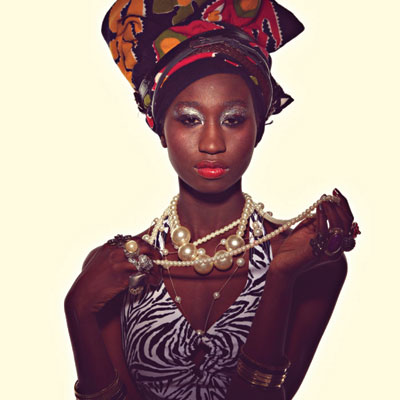 She is probably one of the youngest achievers of African descent living in the United Kingdom.

On top of that, she has graced pages of Vogue and Metropolitan magazines.

She began modelling at the age of 14. By the time she was 19, she had shared runways with the who-is-who of United Kingdom’s fashion world.

She is a busy woman — living between three different countries (Japan, UK and Switzerland) where she has set up fashion ventures.

It was in November last year when she visited her maiden country and motherland Kenya that many got to know who she was.

“We came to launch Fialis,” she says in a heavy British accent; so British that it takes away your next gulp of air. She continues: “Fialis is a venture for me to do what I love doing as well as a medium for the development of fashion. We employed people to look after Fialis and that way we created employment. After all, life is about impacting lives and I couldn’t be happier that I was doing all these back home.”

Family, friends and close allies call her by the moniker Cat. However, the only feline thing about her is her ferocious passion for fashion, modelling and life.

By international standards, it is quite obvious why she competes effectively in the relatively foreign Europe. She has an extremely svelte body, long legs and a streamlined shape — qualities that fashion judges would never miss to point out.

“I guess my long legs and natural black hair have always been my strongest selling points,” she says whimsically.

Cat’s rise to the top strata of fashion in the globe has not been without hiccups and hurdles.

To start with, her mother, Emma Akinyi, didn’t seem to agree with her modelling dreams.

“I could not imagine her becoming fully professional at such a young age. I told her she could only go the full hog once she had completed her education and graduated from college.”

As a mother — one who was still mapping out the stability of her feet in a foreign land (UK) — her instincts could not allow her firstborn daughter to casually enter the murky and unpredictable fashion market at a tender age. However, Cat never gave up her quest to straddle along major runways. She kept prodding and pushing buttons just so her mother would click into gear with her wishes.

“For me, fashion has always been a way of life. It’s a lifestyle that portrays how you feel and who you are. Even before we moved to the UK, while I was still in Kenya, I knew I loved fashion,” states Cat.

When she hit 16, her mother began to loosen up; she slowly warmed up to her daughter’s career prospect. And for the first time, Cat felt the majesty of a full runway at the London fashion fair. This would be her first actual professional modelling contract. In essence, she began modelling professionally while in high school.

That first stint was a blessing as requests for her by modelling agencies effortlessly streamed in. Her mother remained vigilant at all times: turning down what she thought was harmful for her daughter. “I walked with her every step to ensure that she was doing everything appropriate for her age,” says her mother who is also her manager.

The agreement mother and daughter made bound Cat to complete her education as well as graduate, which she did by time she was 19.

“I sought to venture out and explore my dreams,” says Cat. “So, with my mother’s blessings, I joined my uncle who lives in Japan. It was while in Japan, teaching English to earn a living, that I was signed to Issey Miyake — my first gig with an internationally recognised designer. I was one of the three non-Japanese models.”

One time, a lady made her realise just how much precious she was for Japanese fashion.

“I was leaving a hair saloon when she rushed for me and muttered: “You, hair, fashion… come, talk.”

She asked me to model my natural hair for a pay.

Cat’s dream is to be a world-renowned fashion personality before she is 30. That could as well be in the offing, as she isn’t just a beauty but one with brains too.

She has a bachelor’s degree in Business from London South Bank University. As she continues her fashion career, she is attending a media course at Film and Media College in London.

It has been seven years of professional modelling, which Cat says hasn’t been all rosy.

“I once did a bikini shoot in sub-zero temperatures,” she says.

Last year, while modelling for Issey Miyake at Africa fair in Japan, a contingent of Kenyan leaders strode to her stand and enquired about her. They gave her their business card when she divulged that she was Kenyan. She was surprised to later learn that the Deputy President William Ruto was among them.

Confessions: I could be infertile, it has ruined my finances and three marriages
Readers Lounge - By Simon and Boke