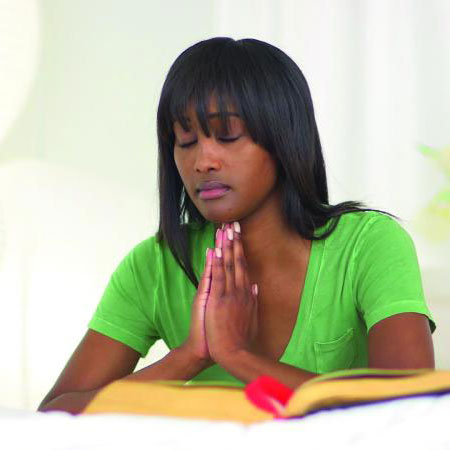 The whole idea of religion and church was men’s brainchild. Look, people give God male pronouns. That Jesus was male is not in contention. All his disciples were men. Jesus founded Christianity. Men have been at the forefront in as far as propagating Christianity is concerned. All the New Testament books were authored by men. Men make a majority of pastors, priests and so on.

What’s more, men, like women, not only like but are interested in God. Men, just like women, call themselves religious; they pray regularly. Oh yeah, make no mistake, men, like women, want to go to heaven. However, the gender gap with regard to church attendance in Kenya and the world over has continued to increasingly expand over time.

The church congregation in Kenya is predominantly made of women and children, a trend that has got pastors scratching their heads. And even among the children, boys opt out when they become young men. The million-dollar question is, why do men dislike going to church?

Take, for instance, John Kehenjo, a Nairobi resident. Despite his wife going to church regularly, he can’t recall the last time he went to church. Tales have been told of many, like Kehenjo, who hate going to church, so much that the only time they set foot in church is during special occasions like Christmas Day, Easter, or during weddings. Of course, this they do after being pestered. For others, the only time they recall being in church was during a heavy downpour, and church was the only nearby shelter!

Church is for women, children

“Church is for women and children. Going there makes me feel awkward as it feels for a man to go to a women’s chama; I would feel out of place. Church is predictable and boring, especially Catholic, which I used to attend. Sitting down to listen to a fellow imperfect and sinful man lecturing me on righteousness for hours on end wasn’t making a lot of sense to me,” Kehenjo opines.

He adds: “There are things that are just feminine like holding hands, hugging, singing and dancing and you can only catch me dead doing them.” He concludes by saying that the melon that broke the monkey’s back was the fact that in Catholic, they would chorus virtually everything, from bible verses, prayers and other routines, making mass extremely boring.

“My wife is born again. She made me stop drinking, smoking but has been unable to get me saved. Sunday is my worst day of the week because I have to wake up early, go to church in solidarity with my family, just to make her happy. But I really get bored.

Most of the time, when I am not absent-minded, I am yawning, dozing off or on my phone, of course to the chagrin of my wife,” explains Kawewa, adding that his wife is so obsessed with church that she gets on his nerves but for the sake of the marriage, he pretends to be OK with it.

“She walks around with a small bible in her handbag, always reading it even in the bedroom. She keeps quoting T.D Jakes, Joel Osteen and the likes,” he says.

Go to church to tune women

Tales have been told of men who only go to church to ‘tune’ women. Take, for instance, the case of Flo Nyakio. She says she has been hit on several times by men at church. She argues that men believe church is where good wives are found.

Hear her: “Men don’t like going to church. The few you see, especially bachelors, use the church as a ‘hunting ground’. They hardly pay attention to the pastor. They are always craning their necks all over, staring and checking out ‘hot’ women. Men are always in their own world while in church. They don’t like singing.

“Most are defiant; they hardly give sadaka (offering), don’t tithe and some even leave early before time. Personally, I have been seduced so many times by men at church. Women must be very careful; rogue bachelors are on the prowl and they know church is where unsuspecting women are,” says Nyakio.

A certain Grace admits to going to church regularly, but her husband, who she says is the head of the family and should be leading by example, never does. She says he insists on her and the children going to church as he remains behind.

“I don’t understand him. He should be the head of the family and serve as a good example. Once we are in church, by midday you see his text messages, asking why we are taking too long. The reason he gives can be as silly as he is hungry and needs me back to prepare him lunch!” says Grace.

Philip Oketch, a staffer at a city call centre, who confesses to not going to church regularly, says he dislikes going to church because most pastors don’t address issues that affect men. He argues that his work eat up a lot of his time and he is the sole breadwinner at his home.

He doesn’t see why he should ‘waste’ parts of his resting day — Sunday, by going to church yet he prays regularly and his family, through wife pays tithe.

“Women are too demanding. The average Kenyan man is under siege to provide. I am, for instance, the breadwinner in my family. I have a busy, tight work schedule. And the last thing I want is for anything to interfere with my resting day, which is Sunday.

In my younger days, I have gone to at least three different churches but they are pretty much the same. Pastors don’t talk about issues that affect men. I can’t recall hearing anything on, for instance, work and money. Yet these are things the average man grapples with on a daily basis,” says Mr Oketch.

Clement Ratemo, a gym instructor who also can’t recall last time he went to church, laughs off the whole idea of men going to church, claiming, “Iko na wenyewe (church has its own enthusiasts)”.

Church is for ‘weak’ men

He argues, rather jokingly, in Kiswahili, that a proper man must not come off as a weakling. He feels going to church for most men is as a result of peer pressure from their wives. He says masculinity equips men to be self-reliant and not needy sissies who go seeking prayers and miracles from pastors who can hardly stand up as role model.

Most experts and social commentators on matters to do with men to whom Crazy Monday talked insinuated that most Kenyan men have competing priorities and church does not always rank too highly in the To-Do list. Oyunga Pala, for instance, observed that many pastors’ suffer from a credibility crisis.

In other social circles they would not be given the time of day and dodgy reputations of some pastors have kept many men at bay from the house of God. Church is a place for spiritual nourishment but when sermons are just a conduit for fundraising, its no wonder that men quickly lose interest in the proceeding and seek comfort in their other ‘religions’ notably sport.

Little wonder then that, as Mr Pala puts it, cases of women being exploited and conned by unscrupulous pastors are commonplace.

“Churches have been turned into businesses of sorts. Pastors come up with captive ideas to sustain money making schemes. Most men are aware that money talks and can buy their way into the ranks of ‘goodness’ with a simple generous donation. While women may succumb to the veneer of holiness, most men see right through the facade.

“Basically, it takes a sly guy to catch a sly guy and the church has its fair share sly cats,” says Pala. He goes on to add that male big egos don’t allow for regular criticism and any pastor who makes of habit of reprimanding his congregation of sins for worldly acts such as drinking will find a less enthusiastic male audience.

Men are authority figures in their homes and are too macho to stand the humiliation of other average men (read pastors) giving them a dress down before their own wives and children? Men want to win and lead, always.

Mr Pala says it’s unfortunate some churches have taken to victim shaming men and lumping them into the bracket of ‘useless men’; when they are not being criticised for being bad fathers, it’s their lifestyles — worldly pleasures like beer, sex, or smoking habits that are put to scrutiny and demonised as sins. Yet solutions to real life issues, such as depression, anxiety and identity are never forthcoming.

According to Professor Paul Achola, a sociologist and expert on matters family and marriage and a lecturer at Catholic University of Eastern Africa, through patriarchal ideologies, men have disenfranchised and disadvantaged women, leaving them vulnerable.

Men not ready to admit weakness

Women, he adds, tend to be group oriented, always willing to share problems, admit weakness and seek help. And church always provides a platform for this. Prof Achola adds: “Women, unlike men, tend to be more focused and devote themselves to goals and objectives.

Thus, once they chose church, they attend religiously. Men tend to be distracted by many other issues such as deviant thinking (which easily derails them from church), looking for money and bigger jobs or even more wives and girlfriends.”

He concludes by saying that considering women are demographically more than men, it follows that their numbers in church will obviously outdo that of men.Clearly, pastors have their work cut out for them. From the look of things, men’s needs and feelings should be considered if we are to see more male folk trooping back to church.

The church is no longer a unisex space and pastors and church should actively go after the adult male market as they have gone for the youth demographic!

For the record, attempts to reach some pastors for a word on this matter proved futile. By press time, messages requesting for interviews went unanswered.

Perhaps a clear indication that they, too, are clueless of why men are at odds with the church. 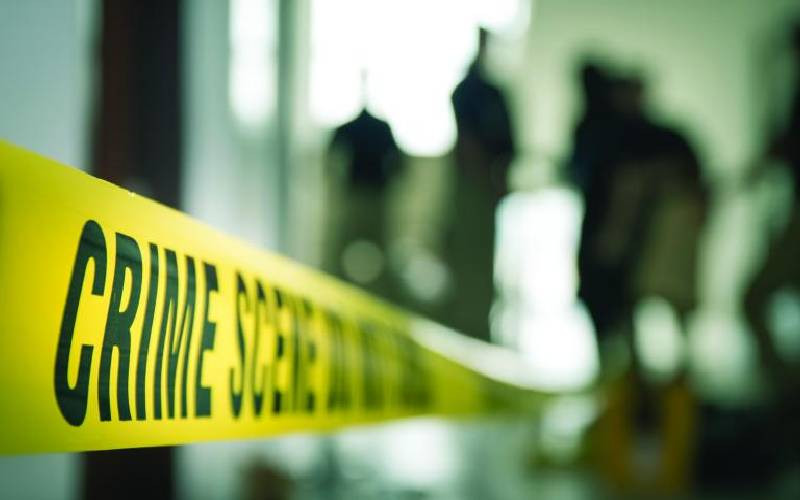 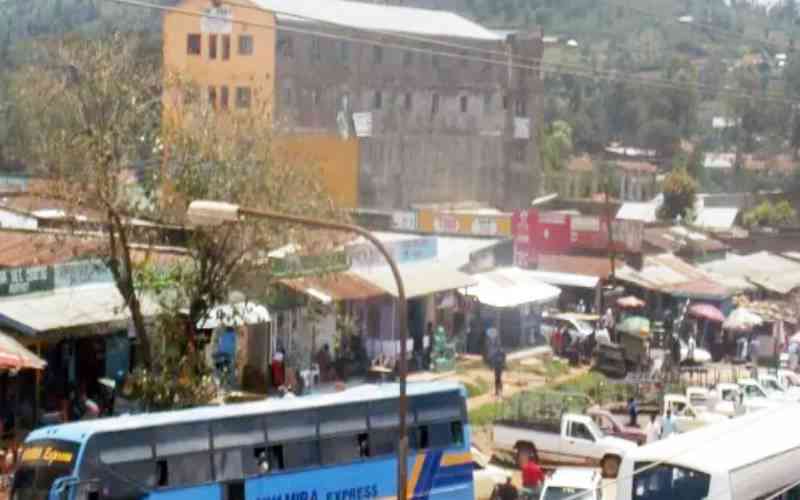 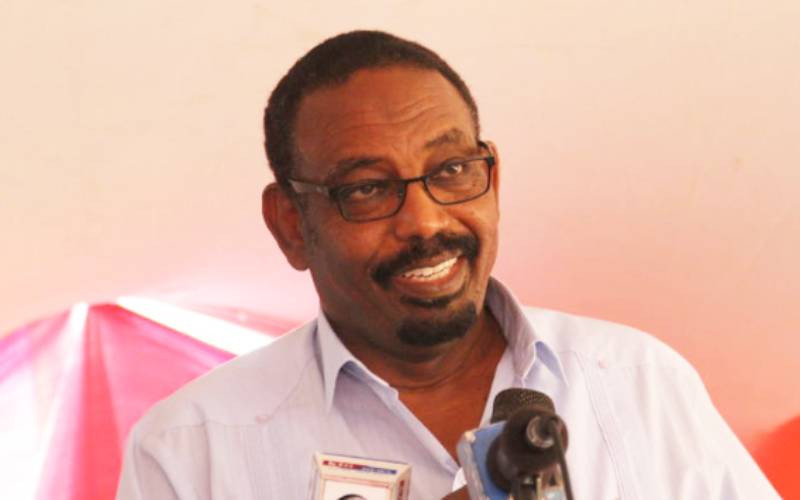 Glitz and glam at Bomas of Kenya as nation waits the fifth
News
By Fay Ngina
33m ago
Brad Pitt's 'Bullet Train' leads as 'Top Gun: Maverick' flies back up ranks
Arts And Culture
By AP
5h ago
Where style meets elegance: First Lady's savvy fashion sense over the years has not gone unnoticed
Fashion And Style
By Peris Wambugu
7h ago
Premium
Goma City growing into a blooming hub
Lifestyle
By Jayne Rose Gacheri
7h ago
Premium
Ni nini! Mama Ryan's rise to fame
News
By Dan Kipchumba
21h ago
.