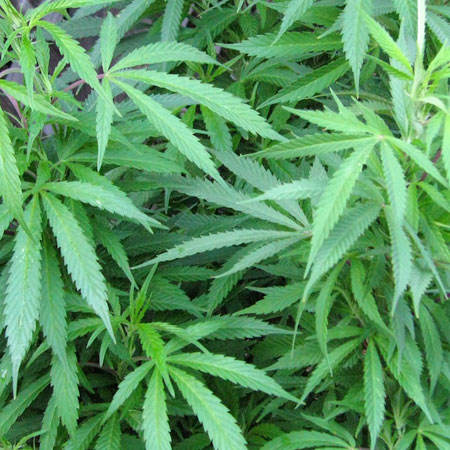 Following fears that foodstuff containing Genetically Modified Organisms (GMOs) have been imported into the country, a leading drug cartel has come out strongly to deny the existence of GMOs in their products. In a video posted online, the cartel boss sought to allay fears among consumers.

“All our cannabis sativa is a 100 per cent natural,” the cartel boss assured. “The cocaine we sell is derived from the naturally occurring coca plant, not genetically modified ones. The same applies to the morphine plant from which we get heroin ...”

As proof of how concerned he was with the risks posed by GMOs, the cartel boss added that he was willing to provide samples of their products to the relevant government agency for testing.

“Our conscience cannot allow us to sell substances that would pose a public health risk,” the cartel boss said in the video recorded at an undisclosed location.

In addition, the cartel boss urged his customers to exercise extra vigilance due to the presence of competitors who don’t play by the rules.

“Some of our rivals might try to discredit us by contaminating their products with GMO content,” the cartel boss warned. “Should our esteemed customers suspect this has happened, notify us immediately... but please refrain from informing the police... not all of them are in our pockets!” he emphasised.

The cartel boss also announced plans to introduce clearly labelled packaging for their products, thus ensuring that in all their recreational substances there will be a label reading ‘GMO-free’. Thus, anyone purchasing their recreational drugs will do so without having to worry about their health.

“But our consumers must assure us they won’t litter around,” the cartel boss added. “As a drug cartel with a great sense of corporate social responsibility, we are committed to conserving the environment in the communities we operate in.”

The cartel boss made it clear they were making the clarification because the Public Health Act demands that of all law abiding citizens: “We are duty-bound to take all the necessary precautions to ensure our products are safe and hygienic for human consumption... we of course hope you won’t feel squeamish and nauseous when using our recreational substances which sometimes have to pass through someone’s rectum before they land on your table!”

Straying into the GMO debate, the cartel boss was in agreement that research on GMOs was not conclusive and exhaustive, and therefore public health perils could not be ruled out.

“It is not for instance known whether these things have addictive properties and until you are absolutely sure, you can’t gamble with people’s lives like that. That would be highly unethical of us!” the cartel boss asserted.

Pressed to say what they would do if it turned out the documents of origin were a work of forgery, the cartel boss laughed it off in a follow-up interview via email. “That would never happen,” he assured. “We only deal with people of integrity who believe in honest hard work.”