Conditions at the Nakuru Provincial General Hospital worsened as the strike by health workers entered the fourth day yesterday.

Abandoned patients locked in wards due to failure to clear hospital bills continued to suffer.

All operations ground to a halt at the facility now under tight security to ensure journalists are kept at bay. The theatre, casualty and x-ray services blocks remained locked with padlocks.

The Standard team, which managed to access the wards, came face to face with desperate patients whose only crime was to seek for services at the public hospital. They have remained confined in the wards  because they cannot pay their bills to be allowed to seek alternative hospitals.

The Standard team witnessed patients too weak to climb down from their beds being assisted by relatives while those who had no relatives around clung onto the metal beds and called out on fellow patients for help.

Race against time: What counties have received so far in pandemic war

In Ward 10, where motorcycle accident victims are admitted, tens of patients lay on their beds grimacing in pain as there was no one to attend to them. They could not even access painkillers to subdue the pain.

Those who could not move by themselves because of their condition were forced to pay an outsider Sh50 to move them to the toilets every time they need to answer a call of nature.

Ben Muiru, a patient, said he and his fellow patients were undergoing untold suffering since the doctors’ strike started.

“There is no one to take us to relieve ourselves and we have been forced to hire someone,” said Mr Muiru.

There is no one to clean wounds for those injured. The worst affected are diabetic and accident victims.

“Look here, I am cleaning my own wounds. I am my own doctor,” said a patient who only identified himself as Hassan.

The patients’ bedding are dirty, wet and some blood-soaked. Flies are all over as the smell of rotting wounds wafts through the wards because there is no one to dress wounds.

In ward 12, a woman fell to the floor as she tried to climb down from her bed to get herself water. The remaining patients are quite desperate. We found some of them negotiating with guards to be allowed out at a fee.

“I have spoken with one guard but he demanded Sh500, which I do not have. I have only Sh100, which the guard declined to take,” said a patient.

At ward 13, The Standard team met Lucy Nyambura, who is diabetic. She was admitted three weeks ago. Her swelling wound on the left leg continues to deteriorate.

She has not received any injection since Monday when the strike started. She said she just wanted to go home.

“My leg is rotting away. You can see the flies all over but I cannot leave because I have a bill of about Sh20,000. I do not know what to do,” she said.

Her daughter, identified only as Njeri, is the only hope for her as she is the one dressing the wound and getting her panadols to relieve her pain.

Njeri said her mother wails at night because of the pain but there is nothing they can do.

“We just leave her to wail till she tires and keeps silent. It is heart-rending but there is nothing we can do,” she said, adding:

“My mother is struggling with this ailment and I am forced to stay here for being unable to clear the bill. Why should the administration continue locking her up if she is not being attended to?”

The woman says despite her mother having been put on a special diet, the hospital is not also supplying her with the food.

Because of her condition, she is not supposed to have meals with sugar but yesterday she was given porridge with sugar, which she declined. She was forced to buy meals from open kiosks near the hospital, which she says are not advisable, according to the nutritionist who received her at the facility.

“Githeri and ugali are the only accessible meals around. Getting her a special diet would be very expensive,” Njeri told The Standard.

The worried woman claimed she witnessed one patient die in  the ward on Wednesday morning after enduring acute pain.

Miriam Wangoi, another patient diagnosed with pneumonia, remained helpless at the facility.

Her sister, Ann Muthoni, was busy processing clearance documents at the deserted facility to enable her access medication in a private hospital and save her life.

“No medical officer is at the wards. Patients are left at the mercy of God,” said Ms Muthoni.

Muthoni claimed she witnessed three women succumb to illness in ward 12, where her sister had been, after failing to receive attention at the hospital.

“I am left with no words. The reason I have decided to transfer my sister is the shock I got seeing three women die,” said a worried Muthoni.

She said she intended to take her to St Mary’s Mission Hospital in Nakuru for further medical check-ups and treatment.

The health workers are on strike over failure by the county government to effect overdue promotions for over 2,000 of them.

Yesterday, union officials were held up in a meeting the whole day with the county government and Labour officers.

But about 7.40pm, there were reports that the talks had collapsed after the tripartite team failed to agree on any of the issues in contention.

Union officials announced that the strike would continue.

By last evening, at least 12 people had lost their lives while seeking for treatment in public hospitals in the county since the start of the strike on Monday.

The hospital management said no new patients will be admitted but those already in the wards will continue getting normal attention.

The hospital’s Medical Superintendent Joseph Mburu said all the medical staff had kept off the hospital due to the strike and it was unreasonable to bring in new patients.

Dr Mburu said there were only 53 patients at the facility that has an average of 400 patients in the ward on daily basis.

“It is sad that this strike has taken long. We have consequently decided not to admit any more patients in our wards,” Mburu said.

The doctor was however quick to note that the trauma and emergency centres were open and operational despite the ongoing strike.

A visit to the wards found empty beds as relatives continued to transfer their kin to private hospitals around the lakeside town.

“On a normal day, we have around 400 patients in the wards, but due to the existing problem, the hospital is nearly empty,” he said.

On Wednesday, a six-year-old boy and a woman died while undergoing treatment in the facility as the workers vowed to continue with the strike.

In Kericho County, only consultants and recently-employed doctors have been left to offer services at the local district hospital after operations were partially paralysed when 50 doctors went on strike.

The acting county Kenya Medical Practitioners and Dentist Union Chairman Bramwel Wekesa said the doctors had downed their tools to protest a myriad of issues.

“Some doctors were promoted two or three years ago but have not received additional amounts in their salaries to reflect it. We also want allowances to be aligned with job groups,” Dr Wekesa said.

Wekesa also claimed they were being paid house allowances of Sh10, 000 instead of the Sh16,000 proposed by the Salaries and Remuneration Commission. 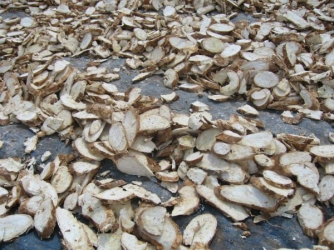 By Fred Kibor | 5 years ago 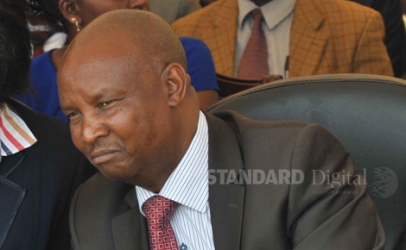 By Steve Mkawale | 6 years ago 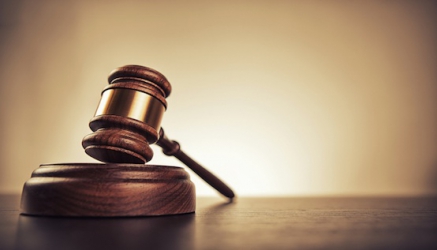 By Michael Ollinga | 6 years ago 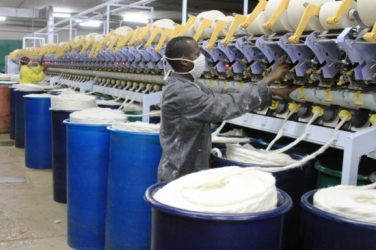 By Standard Reporter | 6 years ago