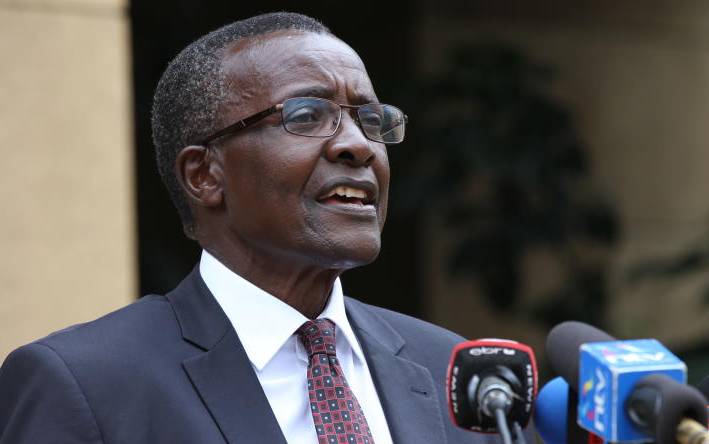 The tussle pitting the Judiciary and the Executive over the appointment of 41 judges to the Appellate Court has run deep and nearly turned ugly. The two sides have traded blame over the stalemate as the judges recommended by the Judicial Service Commission await appointment by President Uhuru Kenyatta.

President Uhuru Kenyatta has refused to appoint them expressing reservations over the suitability of 18 nominees whom he says are tainted according to intelligence in his possession.

But Chief Justice David Maraga (pictured) and the Law Society of Kenya have maintained that the Executive has no legal mandate to vet the nominees who have been approved by the JSC.

Standard Digital looks at a section of the 11 judges (the appellate ones) recommended to the President for appointment as judges of the Court of Appeal as of August 22, 2019.

However, it should be noted there are other 30 nominees for Environment and Land Court (20) and Employment and Labour Relations Court (10) 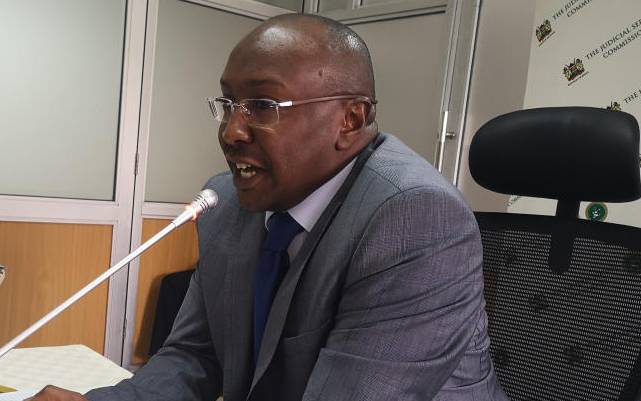 He is a judge of the High Court serving at the Milimani Law Courts. While being interviewed by the JSC, on how he would handle marriage dissolution cases; Justice Tuiyott told JSC Commissioner Mohammed Warsame that marriage is not an economic enterprise.

He said: “As you have said in the colourful language my lord, it is an institution ideally that ought to be of love, affection. It is appreciated that marriage is an integral part of the family. However, in instances, there will be questions of property acquired and the law has devised ways of dealing with it during and after marriage. I would not see it as an economic contract."

On February 26, 2020, he ruled in favour Kenya Revenue Authority allowing the taxman to collect Sh2 billion withholding taxes from shipping lines on container demurrage charges. He also sat in the five-judge bench that heard the graft case against the Deputy Chief Justice Philomena Mwilu 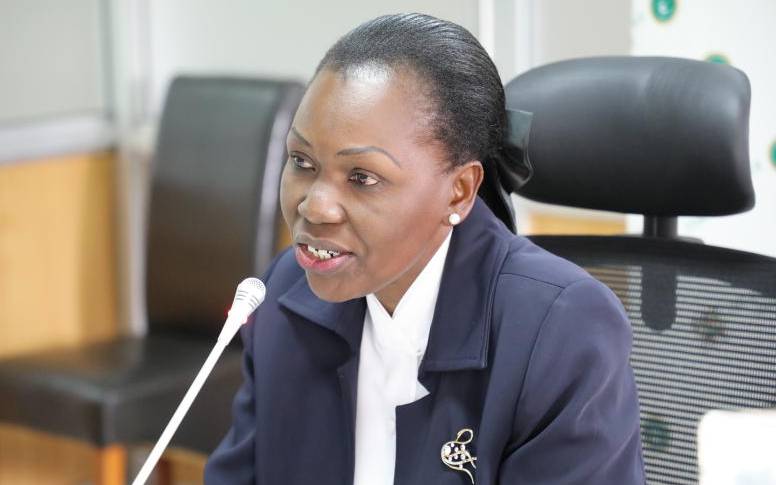 Currently, at Homa Bay High Court, Justice Hellen Amolo has served in Nakuru, Nanyuki, Malindi, and Nairobi. She holds an LLB (Hons) degree from the University of Nairobi, a diploma in Legal Studies from Kenya School of Law, and a Master’s Degree in Women’s Law from the University of Zimbabwe. She has published articles like: “Legal Aspects of Nursing, Child Labour and the Law, Domestic Abuse- A Bridge Over Troubled Waters and Cat Among The Pigeons.” 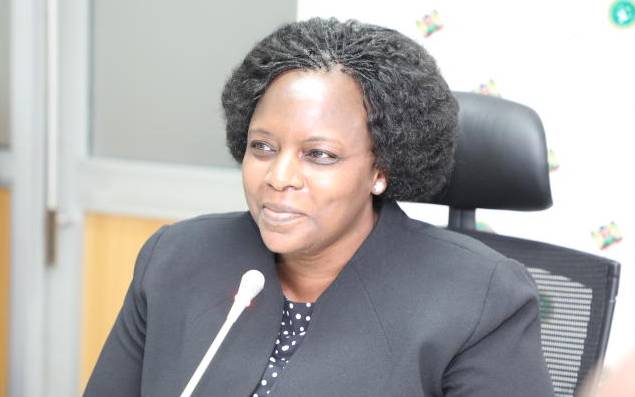 She served in Machakos Law Courts later served in Environment and Land Court in Nairobi. She made a landmark decision when she stepped down for the position of the DCJ in 2016 citing the need for ethnic diversity after Justice David Maraga had become the Chief Justice. 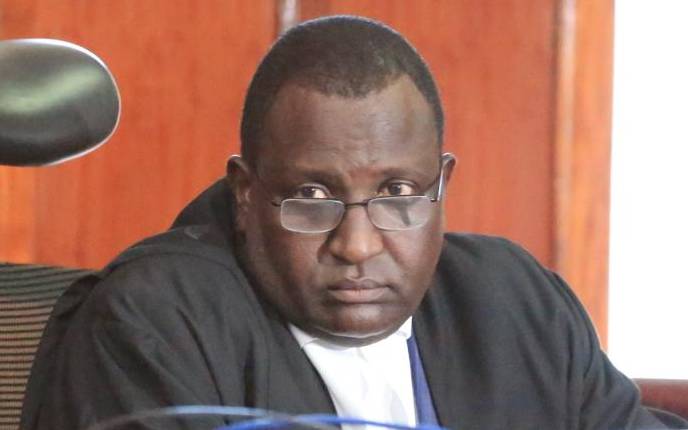 A famous High Court judge who has handled a series of various cases mostly political. Justice Korir recently ruled against besieged Kirinyaga Governor Anne Waiguru to have her impeachment nullified on grounds of illegality after 23 out of 30 MCAs voted to kick her out.

On another occasion, Justice Korir delivered a ruling which rescued three Supreme Court judges from the ax. He ruled that the Judicial Service Commission flouted the law by admonishing Justices Mohammed Ibrahim, Jackton Ojwang' and Njoki Ndung’u in 2016. In the wake of Covid-19, Justice Korir ruled in favour of the government quashing a petition by Law Society of Kenya which had sought to declare the prevailing curfew illegal. 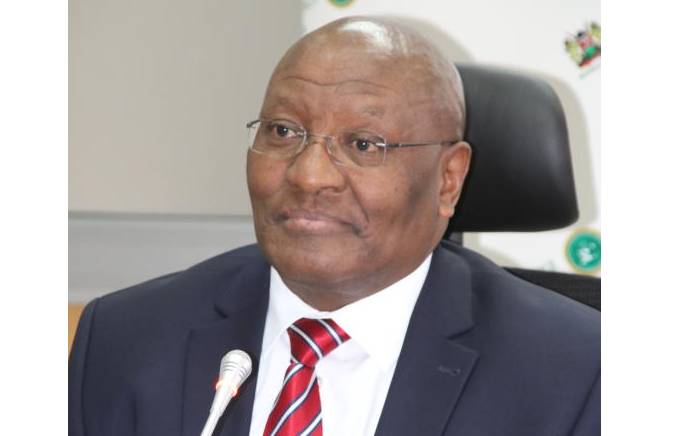 In January 2020, Women in Business Committee chairperson Mary Nyachae petitioned JSC to remove Justice Msagha Mbogholi from the bench citing gross misconduct. After being appointed to the High Court he rose to the position of principal judge of the High Court in 2010. He also served as a member of Rent Restriction Tribunal and of the Municipality of Mombasa Valuation Court.

He alongside the late Justice Kasanga Mulwa and Justice J. K. Mitey presided over a bench in the Gachiengo case, which led to the disbandment of the Kenya Anti-Corruption Authority (KACA). He was part of the team of judges targeted by the Narc government on accusations of graft but he was later cleared by the tribunal. 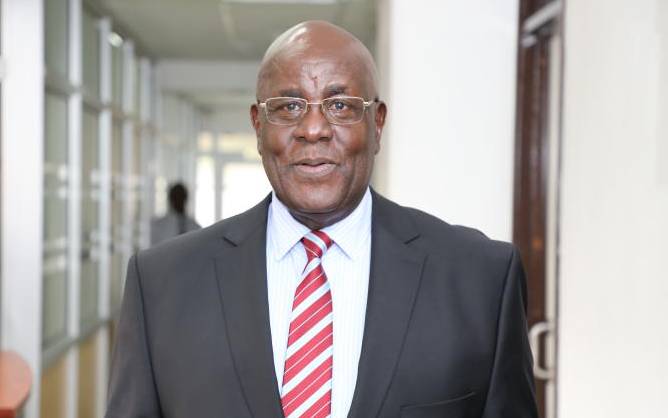 He is a judge of the High Court and former commissioner of the JSC. He is a holder of Bachelor of Law (LLB) from the University of Nairobi, Diploma in Law from Kenya School of Law, and Master’s Degree (LLM) from the University of Nairobi. He has served as the Chairman of Kenya Magistrates and Judges Association. On November 22, 2019, Justice Muchelule delivered a ruling that parents are not obligated to support their children after turning 18 years. “He may have a social responsibility, but the responsibility is not legal unless under special circumstances,” the judge said in his ruling. 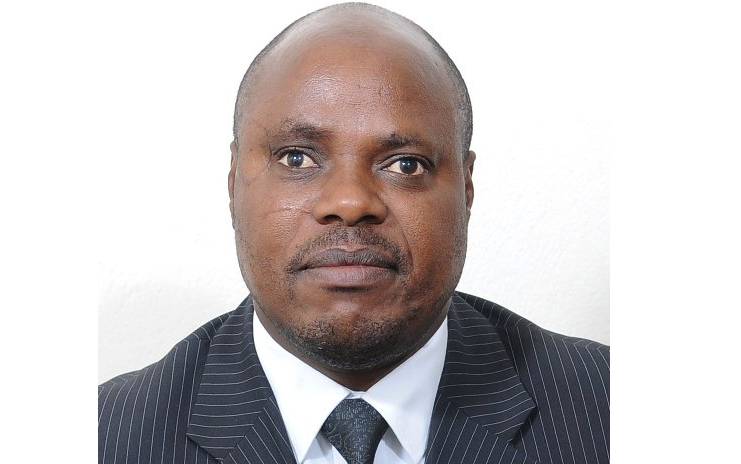 Dr Laibuta holds LLB (UoN), an LLM (LSE), an LLD (UoN) and is an Advocate of the High Court of Kenya. He is a lecturer at the Technical University of Kenya. He is a recipient of the Foreign and Commonwealth Office Scholarship Award.

Dr Laibuta was on the brink of making history as the first blind judge in Kenya. The lawyer, whose blindness was caused by chloroquine poisoning in a botched malaria treatment was praised by former LSK Chair Allen Gichuhi for his nomination by the JSC.

“Dr Laibuta is a very capable lawyer, he is a lecturer, a publisher, and even more amazing he is also a blind golfer. He is a man who has actually overcome his disability and we are very proud of that appointment. He has got the intellect to serve as a Court of Appeal judge,” Gichuhi said. 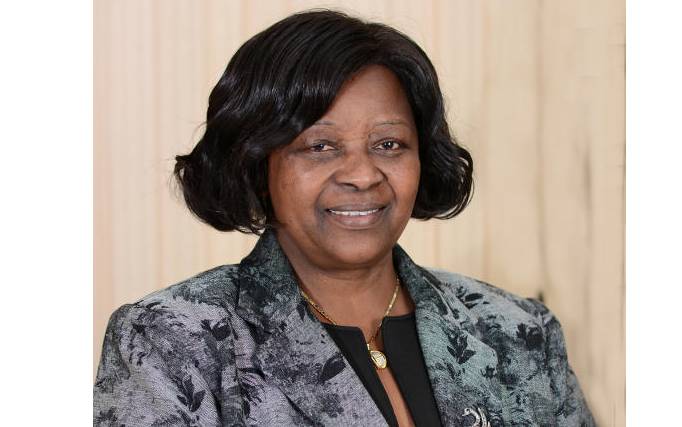 At the Milimani Law Courts, lawyers dread and love her in equal measure. Justice Lesiit can be succinctly described as the iron lady in the corridors of justice. She has featured in the hearing high profile crime cases such as the murder of college student Sharon Otieno in 2018 of which Migori Governor has been charged.

Another is the Monicah Kimani murder with which journalist Jacque Maribe and Joseph Irungu alias Jowie have been charged.

She recently declined to recuse herself from the Sharon Otieno’s case after Obado’s aides, who are also suspects in the case accused her of bias for refusing to grant them bail.

“The accused persons just relied on my ruling on bail which is not a conclusion of the case to justify the claims for bias,” the judge said. 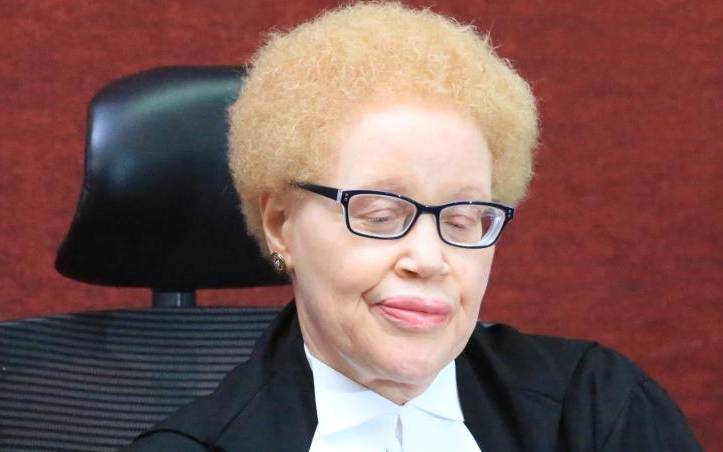 Another High Court judge seen as iron-willed. She can be described as a rare person owing to her albinism which does not deter her from achieving her dreams. Justice Ngugi was born in Kiambu County and Thimbigua Primary School. She proceeded to Bishop Gatimu Ngandu Girls’ High School in Nyeri before going on to study Law at the University of Nairobi and the London School of Economics and Political Science.

She became a member of FIDA and a lawyer at the Kenya Human Rights Commission.

In 2011, she was appointed as a High Court judge. On July 24, 2019, she delivered a landmark ruling barring State officers facing corruption charges from gaining entry into their offices lest they tamper with evidence. The ruling affected governors such as Ferdinand Waititu (Kiambu), Moses Lenolkulal (Samburu), Sospeter Ojaamong (Busia), and Mike Mbuvi Sonko (Nairobi). On January 21, 2020, she disqualified herself from the bench which heard a petition by Nairobi Governor Mike Sonko in which the latter wanted to reverse court order barring him from office until his corruption case is determined. 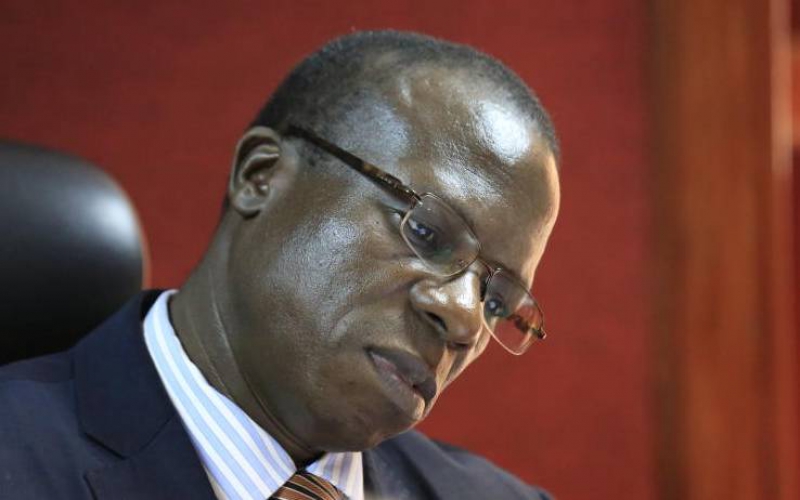 Justice George Odunga is another High Court judge currently presiding in Machakos High Court. Odunga dominated the headlines with his rulings at the height of fierce political campaigns ahead of 2017 poll. The rulings earned him Jurist of the Year Award by the International Commission of Jurists (ICJ), which described him as impartial, fearless, and consistent.

“Indeed, you have affirmed and re-affirmed to the country that no man is above the law and no man is below it; nor do we ask any man’s permission to obey it. Obedience to the law is demanded as a right; not as a favour,” the citation by the jurists read.

In March 2020, Judge Odunga ruled that ‘kamata kamata Friday’ or arrest of corruption suspects on Fridays, was unlawful as it violated the rights of the suspects to be produced in court and tried in due time. Apart from this are other high-profile rulings. For instance, he ordered lawyer Miguna Miguna to be produced in court for the treason-related charges the government levelled against him in early 2018. Such orders were however disobeyed by the State when the lawyer was bundled into a plane and whisked to Canada. 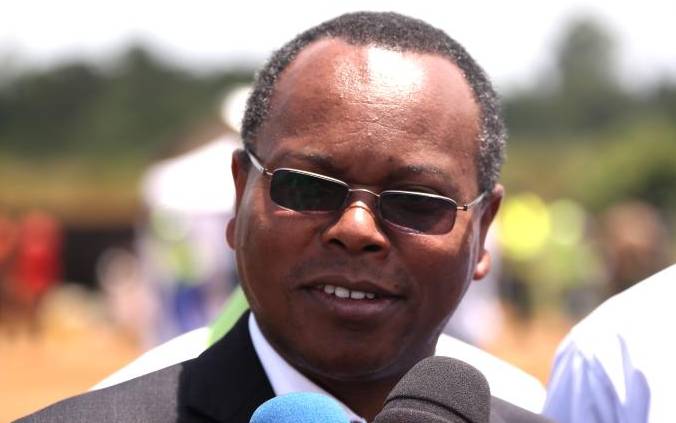 He is a judge at the High Court of Nakuru. He alongside seven of his neighbours were once locked in a land dispute where they obtained court orders to block Guangzhou Villas Ltd from accessing land adjacent to their houses. Justice Ngugi has published peer-reviewed articles. They are titled: The Curse of Ecological Interdependence: Africa, Climate Change, and Social Justice in Climate Change.

Attempts to mend the rift between the Executive and the Judiciary are underway after Senate Majority Whip Samuel Poghisio and Senate Chief Whip Irungu Kang’ata paid chief Justice Gavid Maraga a courtesy call on Monday.

The trio played down the content of their discussion but a source revealed to the Standard that mediation took the centre stage of the discussion.

“They discussed the two arms of government and the need to stop the wrangles and instead work together to better the country,” the source said.

“The meeting was cordial and the two leaders lauded the Judiciary for using technology in its case management. Justice Maraga raised concern about the budget; a concern the senators promised to report back to the president,” the source added.

The text, subject to change after negotiation at the Council, calls for setting up “an independent international commission of inquiry.

By Patrick Vidija and James Omoro | 14 hours ago