How new salary structure will affect all state and county employees

If you are a civil servant in the highest paid job group, then a windfall is only six months away. Should the recommended new salary structure take effect on July 1, and you are already earning the maximum pay, then you will secure an increment of up to Sh270, 000 per month.

And if you are among the lowest paid Government workers, you will pocket an increment of Sh6,000, according to recommendations by the Salaries and Remuneration Commission (SRC) following a job evaluation of the workforce in the public sector.

This follows the release of the new grading system and salary recommendations, which have reduced public service positions from 26 to 19 and created five grades to cover all public service workers.

The last time civil servants were awarded a salary increment was in 2012, which saw the ceiling for the highest paid civil servant in Job Group T capped at Sh302,980.

But under the recommended salary structure, the top earners in the newly created Job Group E4 can pocket a maximum of Sh576,120 per month. 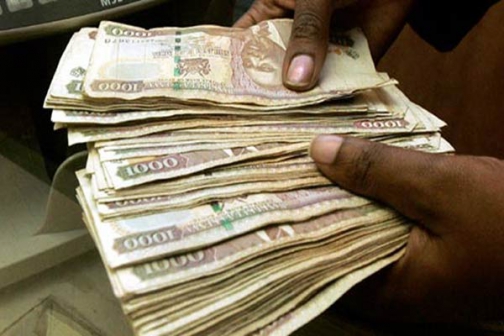 Civil servants who have been in Job Group A and earning less than Sh10,000 will now move to Job Group B1. The new entry point in the civil service has been moved up, to start at B1.

However, the State corporations are yet to release their structures.

Senior and middle level managers as well as high-level specialists, including section heads and heads of departments, will fall in Job Group D.

The least-paid under Job Group D1 will take home Sh81,148, while the highest will earn Sh174,475, a massive improvement from the previous Job Group M and above in the current structure.

However, civil servants will know the details of their salary increment as proposed by SRC in the next 60 days.

The Standard understands that the Public Service Commission (PSC) has formed a special committee to see the process through.

"(It will) un-band the SRC structure and identify what each worker in the current system will earn in the new one," said PSC Chief Executive Officer Alice Otwala.

The committee will be composed of the PSC, Attorney General, SRC, and ministries of Public Service, Labour and Treasury.

PSC Chairperson Margaret Kobia said it was too early to speculate just how much each will earn, and called for calm and patience.

"This team will break down the new grading system for easy interpretation," Prof Kobia said. The new pay grades will be implemented in July.

Kenya loses first round in battle with Somalia on maritime border

Kenya had put up the argument that Somalia had jumped the gun as the Memorandum of Understanding (MoU) expressly provided for negotiations as a way of settling the impasse, but the court found that the treaty was not binding to one-method process.

Over 85,000 poor families in Kitui benefit in NHIF insurance deal