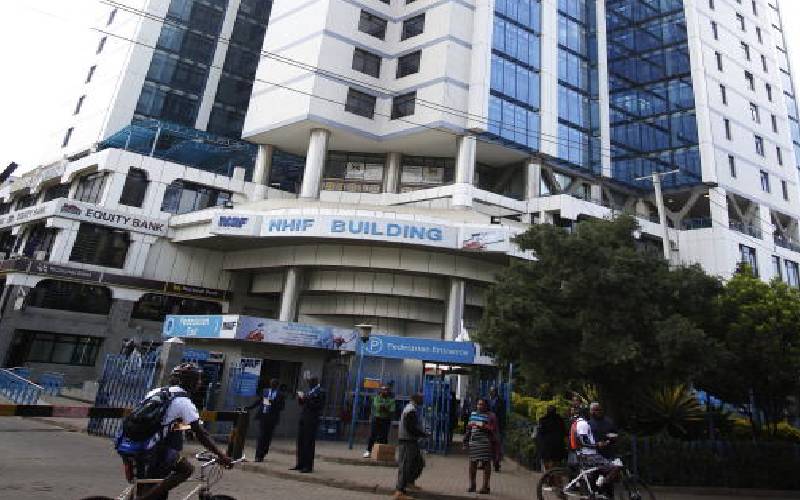 The Ministry of Health (MoH) allocated Sh3.2 billion for the UHC pilot in the four counties. The MoH strategy was to deploy the pilot through public facilities, including Level 4 and 5 county hospitals. The approach involved the removal of user fees at the said facilities.

Later, on February 26, 2019, the Health Cabinet Secretary unveiled the Health Financing Reforms Experts’ Panel whose broad mandate was to suggest reforms for transforming the 52-year-old National Hospital Insurance Fund (NHIF) into a vehicle for delivering UHC.

Preliminary findings from the pilot counties suggested a 50 per cent increase in health services utilisation even as concerns emerged about poor infrastructure and staff shortages. Interestingly, these challenges were well known by ministry officials and should have been foreseen prior to launching the UHC pilot.

More intriguingly, 80 per cent of all health facilities in Kenya are in designated rural areas.

A closer look at the UHC pilot counties reveals a situation that portends ill for UHC since non-government hospitals are excluded.

In Nyeri County for instance, FBOs and private hospitals account for 70 per cent of all health facilities whereas in Kisumu and Machakos they account for 50 per cent and 55 per cent respectively.

Given the outsized role that FBOs, NGOs and private sector hospitals play in delivering healthcare in especially rural Kenya, it is worrying that these organisations were not co-opted into the UHC pilot programme.

This omission casts doubt on success of the programme. Successful deployment of UHC requires a healthy mix of public versus private hospitals.

This arrangement ensures much needed competitive pressure within the system and creates strong incentives for efficiency and cost containment.

The NHIF has come under strong criticism for paying excessive amounts of money to private hospitals.

However, what is lost to many is that NHIF contracts providers diversely; it designates some hospitals as “high-end-for-profit” and others as “comprehensive walk-in/walk-out facilities”.

MoH could have picked up invaluable lessons on UHC by drawing on the long experiences of these hospitals.

When industrial actions have rocked the public health system in recent years, it is rural private and faith-based hospitals that prevented the situation from degenerating into a full-blown catastrophe.

In the event that UHC is rolled out to cover the 43 non-pilot counties, it will bring on board the 75 per cent uninsured population of Kenya. The personnel and infrastructural gaps in the public health system will be glaring and the system is likely to collapse under the weight of increased utilisation.

Realising the dream of UHC will also require large sums of money. Kenya’s Total Health Expenditure (THE) in 2015/16 was Sh346 billion.

In 2018/19, it is estimated to be over Sh400 billion. Therefore, to deliver UHC, the Government will need to pump Sh200 billion per year, or more, into NHIF.

To reform NHIF into a UHC vehicle will require the re-engineering of its business processes, especially its relationship with providers and beneficiaries.

This will of necessity require reforming the NHIF Act which has created a regulator masquerading as a social insurer. The composition of the NHIF Board will need to reflect the reality of devolution of health and the role of private providers.

NHIF, as it exists today, is beginning to exhibit the traits of a “monopolistic purchaser”. It is a “take it or leave it” mentality. Its growing power comes at the cost of diminishing returns for providers, both public and private.

Providers on the other hand are responding by cutting back the benefits available to NHIF contributors. A new NHIF Act should create a fairer relationship between NHIF and providers if the UHC dream is to be realised.

As a vehicle for UHC, a reformed NHIF will have to deliberately incentivise rural health care, making it attractive for private capital to relocate into rural Kenya and for health professionals to work in shortage areas or among underserved populations.

Use prepositions and gerunds carefully to avoid misleading readers

Gerunds are verbs to which letters ‘ing’ have been added, thus enabling them to function like nouns.