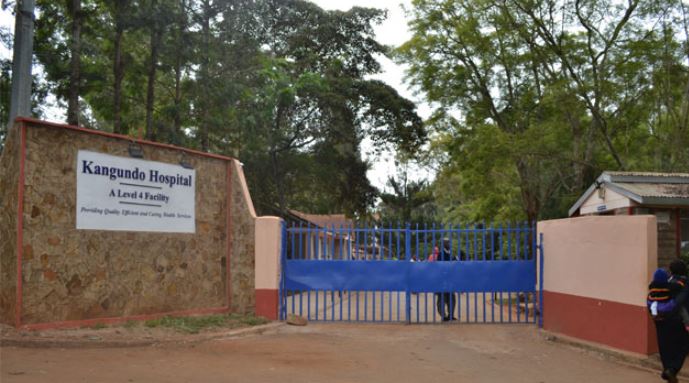 A pharmaceutical technologist attached to Kangundo Level 4 Hospital in Machakos County has been fired after absconding duty and exposing patients to fatalities.

Nichodemus Mutisya who was scheduled to be on duty last Sunday night allegedly locked up the hospital’s pharmacy and disappeared from the work station without notifying authorities, an act which has been blamed on the death of a patient at the hospital.

According to the hospital’s medical superintendent, Daniel Katua, the officer committed a gross misconduct absconding duty and failure to notify the hospital’s management about his absence. “The pharmacy is supposed to remain open 24 hours but the person who was supposed to be manning the facility did not inform anyone that he was unavailable so that alternative arrangements can be made,” Dr Katua said.

The incident attracted widespread condemnation from members of the public after a patient died at the facility for being unable to access medication which had been prescribed by doctors on an emergency situation.

Irked by the incident, Governor Alfred Mutua on Monday announced the sacking of the medic and called on law enforcement agencies to charge the officer. “I have with immediate effect fired Nichodemus Mutisya, a Kangundo Hospital pharmacy technician who came to work totally intoxicated several times and whose actions are being attributed to death of a patient. Investigations with a view to charge him with murder ongoing,” Dr Mutua said in a tweet.

While hosting an end-year party for health workers across the county at the Machakos People’s Park a fortnight ago, Mutua directed that all health workers and county inspectorate staff will be on duty throughout the festive season and asked relevant managers to put in place measures to ensure smooth running of operations.

On Tuesday, County Health minister, Ancent Kituku visited the facility and announced normalcy had returned in the hospital’s pharmacy. “We have taken swift measures to ensure that the hospital pharmacy and other departments resumes normal operations and we assure members of the public that all services are readily available,” Dr Kituku said.

Elsewhere, police manning a roadblock along Nairobi-Garissa highway on Monday night arrested a nurse attached to Masalani sub county hospital in Tana River County and recovered an assortment of medicine and other medical gear suspected to have been stolen from the Government health facility.

According to a police source, the suspect was travelling in a night bus headed to Nairobi from Garissa when the vehicle was stopped for random check and a box containing the drugs recovered. Police said the suspect was locked up at Kanyoonyoo police station as further investigations continue.

Uganda to borrow Sh200b to fund its budget

Uganda said it plans to borrow Sh200 billion or USh6.9 trillion from external lenders in the 2020/2021 fiscal year to finance the budget