King Kaka: How to translate fame into money 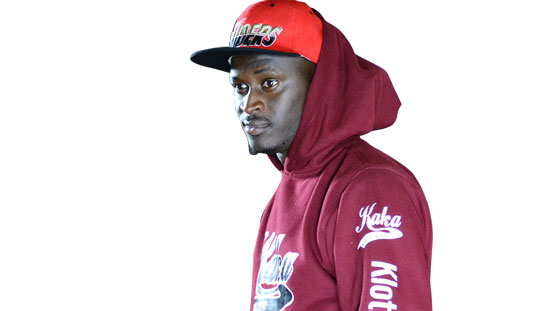 Back in 2010, on December 28, my mother sent me to the supermarket to do chapati shopping – it was that time of the year, after all, when every household in our neighbourhood had that hotel aroma.

Television stations that week were doing a recap of the year and giving predictions on the coming year. The anchors would then end the segment with: “What is your New Year’s resolution?”

It got me thinking.

One of the businessmen that inspires me is Gary Vay, and his tagline is, ‘Do something about it’. So many people had told me I had a rap skill and a business skill, so I told myself that my New Year resolution would be to do something about it.

On the chapati shopping list, I included a notebook and pen, and got started on my resolutions. I told myself that by the end of the year, I’d have an album and a couple of videos under my belt.

I knew it would cost money, yet, my ATM was lost somewhere in the house. I didn’t bother looking for it – I had no money in my bank account anyway.

This was happening around the time I had declined an offer to join Moi University in Eldoret, and instead took an accounting course in Nairobi so that I could be closer to the music action and close to the opportunities.

My aunt used to call me the Defiant One, so when Dr Dre and Jimmy Iovine put out a documentary called The Defiant Ones – I smiled at that futuristic coincidence.

In the documentary, there is a scene with the words: “Work hard to get it, and work twice as hard to maintain it.”

That’s a quote to live by.

Anyway, I got started on my resolutions on January 1, and as I worked on building my career I’d keep referring to my list.

That saying that your network is your net worth is absolutely true. I called J Blessing, who is now an international video director.

We had been friends for a while and he owed me – I used to buy him lunch during our days at Nairobi’s River Road; I joked all the time that he could pay me back with a music video given that his video directing craft was growing. It came to pass.

I had a song called Staki Kukuona, and on February 11, 2011, its video was released. Our budget was Sh2,000, and that went to food and transport. Everything else was the network J Blessing and I had.

I was always leaving the house and coming back late – and the reason for this wasn’t school. So there were moments when I would come home late and my mom would encourage me to work hard in school – I wished she’d say studio.

I had to prove that music would pay off, and since it was my number one love, I worked tirelessly.

When you push boundaries on what you do, you move into frontiers and realms that have never been tested before.

I worked with the producer Dice and put out a mixtape that I dubbed The King (keep in mind I had small fan base but bragged about being the King; later on, it was another thing that came to pass).

I went back to my resolutions list and crossed off mixtape.

Every item on my list had a purpose. The mixtape solidified my name on the streets, and I had a song and a quality video on mainstream media.

I then dropped the video for Kiwewe, which featured Bwenyenye, and my hard work started getting recognised.

But I also wanted to make money for gigs, which were not coming my way.

The attention I was getting was growing and I saw myself in a full-page newspaper article; that was a sign that hard work (pays) – that’s in brackets because I wasn’t getting hard cash.

I started looking for alternative marketing avenues that would give me money.

I launched my clothing line that same year and the T-shirts had lyrics from my songs. They were selling like crazy, and the money finally started flowing in. I was not a music guru, but every chance I had, I read about Russel Simmons and how he shaped the music business. I wanted to be like him.

Once again, I went back to my resolutions and crossed off ‘Kaka Klothing’ from the list.

I started working on my second album, with most tracks assembled by Kevin Provoke, a producer.

I was also deep into alternative marketing, selling my clothing line and my mixtape on the streets as I waited for ‘gig money’. My mother once told me not to put all my eggs in one basket – I think one of my teachers, Mrs Wakaba, mentioned it, too. I listened.

The bottom line is that I ventured into so many avenues that would end up generating money later for the King Kaka brand – from a water company and graphic design firm to a management stable, clothing line and consultation firm.

What I learnt early on is that fame does not equal money. What matters is how you translate that fame into money.

The writer is an award-winning musician and an entrepreneur.

In developed countries like the US, Canada and Japan, education is still the conveyor belt to a better life.

How to address workplace incivility
Feedback