When your nerves and muscles turn to mush 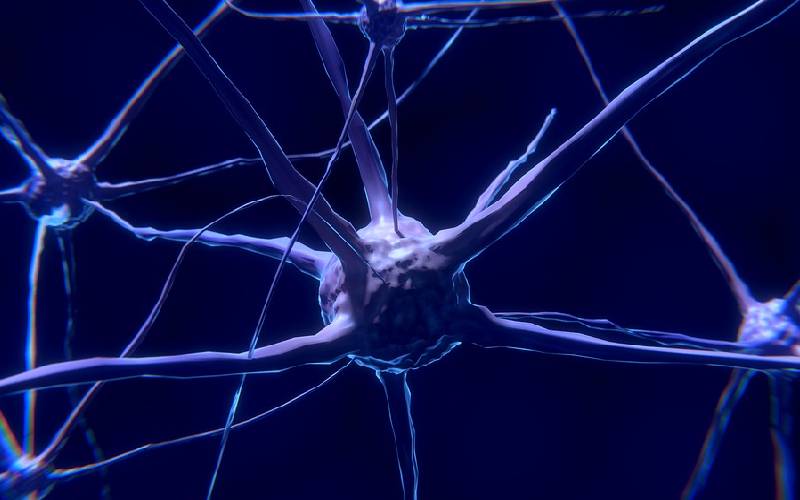 Life was going great for King Muriuki. His career and family were thriving; and he could not have asked for more out of life. He led a pretty active lifestyle; played basketball and rode motorbikes, and for a man in his 30s, he was as fit as a fiddle. This was until one day, in 2019, when his otherwise strong body began to show some cracks.

“One afternoon, I started feeling dizzy. I thought it was fatigue because of all the things I had been doing and that a little rest would fix it. My vision also started becoming blurry, prompting me to go to a nearby hospital. The doctors considered diabetes as a possibility because I was also extremely weak. They did many tests and said they could not find anything. I was released and thought I would be well,” says Muriuki.

Unfortunately, it only got worse. The next morning,w“We immediately began our trip to another hospital, and along the way, my breathing became laboured. The situation was getting out of hand too quickly and we had to rush to the closest hospital in the vicinity. I was immediately admitted and the doctors stabilised my breathing and put me on oxygen.”

Meanwhile, they ran a battery of tests on him and because he seemed to be deteriorating, he was soon moved to the High Dependency Unit. The doctors suspected he had something related to Guillain-Barré Syndrome (GBS), a neurological disorder.

Dr Dilraj Sokhi, head of neurology at Aga Khan University Hospital, says in such cases, it is a bacterial or viral infection that could set off a problem in the nerves.

“The nerves, like wires, have insulation. When our body has an infection by a virus or bacteria, it fights against it by producing more cells and substances. Unfortunately, some of those viruses or bacteria have insulation around them that is the same structure as our nerves, so those substances produced by the body to fight infection unfortunately also start attacking the nerves. This is called molecular mimicry, and the self-directed friendly-fire starts causing our nerves to stop working properly,” he says.

And so the doctors began treating Muriuki for the nervous disorder. Soon, they would discover that Muriuki was suffering from Miller-Fisher syndrome (MFS). MFS is a variant of GBS.

Muriuki was treated using intravenous immunoglobulin (IVIG) for six nights after which he began to feel a little reprieve, with his symptoms subsiding.

“MFS is treated with a procedure called plasma exchange, where those substances attacking the nerves are removed. Alternatively, intravenous immunoglobulin can be administered where the body is flooded with other nerve-friendly substances so that the nerves do not get attacked.”

In some cases, the breathing muscles can be affected and one needs to be cared for in an intensive care unit with breathing support as the disease is being treated.

“With MFS, it is the nerves coming from the brain to the muscles of the face that are affected. This means that one’s eyes, speech and swallowing muscles are compromised. One will experience difficulties with eye movements, some facial weakness, swallowing and speech problems,” says Dr Sokhi.

With the treatment underway, Muriuki’s speech, strength and vision soon returned. But the transition from an active lifestyle to being bedridden was a tough one for him. “My most difficult time was being laid up on the bed with tubes everywhere, with my people looking so concerned.”

A week after hospitalisation, he was back home. He would, however need to be going back for checkups every three days. “Sometime during my recuperation, the neurologist I was seeing said that in fact what I had was not MFS but an autoimmune disease called myasthenia gravis, which is considered a life-long condition.”

Dr Sokhi says the two diseases - myasthenia gravis and Miller Fisher syndrome - are easily mistaken for the other.

“All nerves have to attach to muscles to make sure they operate, and that nerve-to-muscle junction (NMJ) has a chemical that allows nerve-to-muscle communication and activates the muscle. We could think of it as the glue. Myasthenia gravis is a condition where, for some reason we don’t understand -as is the case with most auto-immune diseases, the body produces a substance that attacks that glue at the NMJ, and those muscles don’t work so one becomes weak. The first muscles to be affected in myasthenia are usually the eye and speaking muscles, which is why it can be confused with Miller-Fisher,” says Dr Sokhi.

Being diagnosed with a long lasting condition meant that Muriuki had to change his lifestyle and contend with having to live with a condition that would gradually change his life. And he sunk into deep depression. But months into the new course of treatment didn’t seem to be improving the condition.

“There was no improvement with the medication I was put on. For three months, I continued to experience random bouts of muscle numbness, stuttering, double vision and imbalance. I would wear an eye-patch to try and see through one eye. My work, film-making, depends on the use of my sight. I had been riding my motorbike since I was 18 and now I couldn’t even come close to it. Going from this active independent person to not being able to use the stairs on my own was devastating. It was the darkest time of my life,” says Muriuki.

After lots of research and some recommendations from friends, Muriuki sought consultation with Dr Sokhi. It was then that he finally got a conclusive diagnosis for Miller Fisher syndrome.

“Although he was hard to access, it was worth the wait. The relief I felt after my conclusive diagnosis was immeasurable. Before then I felt like I was getting worse every day, and that my life was over,” says an emotional Muriuki.

At the time, he was still experiencing double vision, imbalance, persistent numbness as well as being too weak for the physiotherapy recommended in previous hospitals. With the new doctor, a treatment course was started.

“My mental health greatly improved after the proper diagnosis, and I was sent home with recommendation to rest and basically wait out the illness, which typically takes months to wear off and for the patient to make a full recovery. The doctor also recommended glasses to correct my eyes, with one of the lenses remaining opaque. This really boosted my confidence as I had struggled all through my recuperation with explaining why I was wearing an eye-patch. It was a constant reminder that I was battling this disease that I did not know or understand,” he says.

Now, Muriuki has made a full recovery, and he cites the support of his family and friends as one of the biggest motivators.

“My partner Gloria took care of me throughout, helping me with every little task and even feeding me in the times I lacked the strength and coordination to do so. My friend would sleep over at my guest room just to drive me to early morning meetings so that I was able to keep my career afloat,” says Muriuki.

It took Muriuki nearly seven months to get back to form, and even though he still experiences some niggling symptoms, he seems to get better day by day.

Dr Sokhi explains that lingering symptoms are par for the course and people can be left with weakness, numbness, difficulty with swallowing or speaking or deterioration of their vision for many weeks and months as nerves take a long time to heal.

“This all depends on the extent and site of the nerve injury, and whether appropriate treatment was given early on to save the nervous system as much as possible. The majority of people with GBS recover back to normal, some within weeks and some after two years.”

Muriuki now says the experience strengthened his faith. He believes that God let him survive the tough times and that it means he can get through anything.

“I am more confident in handling issues now. I now know how fragile life can be, and don’t take good health for granted,” he says.

That said, Muriuki’s career is back on track, and he is back to riding his motorbike every day.

In a statement on Sunday, the Kenya Bureau of Standards said the reprieve comes following the development of protocols