In 2018 I came across a Twitter post by musician Eric Wainaina. The 20-second clip featured him with actors and producers of the children’s play Tinga Tinga Tales, standing on a street on Broadway, in New York City’s theatre district.

Wainaina says, “Our musical is showing in New York City. Brand Kenya, what have you done today?” To which the crowd responds with a resounding “Nothing!”.

As humorous as the video was, its message was potent. The Kenya Export Promotion and Branding agency, and the Government, ignore the creatives who put Kenya and add value to the Kenyan Brand. When they are not ignored, they are taken advantage of.

Veteran art reporter Margaretta wa Gacheru wrote in her book Creating Contemporary African Art: Art Networks in Urban Kenya, that she “steered clear of the visual arts for several years because the contemporary visual art scene had become too political for my taste. I felt local artistes were being used as ‘steppingstones’ for other people’s advancement in the international donor world, so I stepped back from covering art exhibitions.”

The fact that most artistes rely solely on foreign revenue and donor funding to facilitate working spaces, and exhibitions should be a matter of national embarrassment. Most of the art centres in Nairobi still rely on donor funding, which in the case of Kuona Trust, (reborn as Kuona artistes Collectives) was mismanaged by enterprising bureaucrats with no interest in the arts.

When I worked at Kuona as an intern from 2015 to 2017, most of the exhibitions I attended were hosted and/or sponsored by foreign business ventures or foreign aid organisations. Aside from the Kenyan Art Fair sponsored by Sarit Centre and the patronage of the National Museums of Kenya, we have allowed Kenyan art and artistes to be the preserve of wealthy foreigners.

This came to a head in 2013 and in 2015, when Kenya was granted a pavillion at the Venice Bienale, possibly the premier international visual art event in the world. Of the seven artistes who exhibited at the 2015 pavilion, six were Chinese, and the only Kenyan present was based in Switzerland, carried Swiss citizenship and was a member of the Swiss Parliament.

The exhibition was not sponsored by the Government of Kenya either but by an Italian artiste Armanzo Tanzini, a hotelier in Malindi. In an article for Voice of America, Tanzini is quoted as putting thousands of dollars of his money into the exhibition, without which it would not have happened at all.

This total lack of government accountability made Kenya the laughingstock of the global art world, with Chinese contemporary art lecturer Dr Wenny Teo stating that the 2013 Kenyan pavilion at the Bienalle was “a frightening manifestation of neo-colonialism vulgarly presented as multiculturalism,” and that it was “to be avoided like the plague.”

Another more vulgar example of the civil service officials using artistes, and sportsmen as ‘steppingstones’ for their advancement was the Olympic Games Rio 2016, in which Kenya bought home six gold medals and charmed the world. Despite this, some athletes like javelin thrower Julius Yego could not even get to Rio in 2016, as their flights had not been paid or booked by the Ministry of Sports, Culture and Arts.

Furthermore, they wore mismatching kits during the opening ceremony of the Olympics, as their kit had been syphoned, and they stayed in a favela (slum in Brazil). Despite putting Kenya on the world stage and winning the hearts and minds of millions at the Olympics, these athletes were treated with disdain and contempt by the government.

The then Cabinet Secretary for Sports, Culture and Arts, Hassan Wario, was convicted of corruption, abuse of office and misuse of public funds. Thanks to this shameful display, one can agree with journalist Lily Kuo who stated that Kenya’s best Olympics ever may have also been its most embarrassing.

But there is hope. Kuona artistes collective have led the way, by ditching the enterprising bureaucrats and detached board of governors who (mis)managed their affairs.

Kenya is back at the Venice Biennale, this time with truly Kenyan artistes who are active members of the local art scene, curated by Jimmy Ogonga and commissioned by Kiprop Lagat.

The Beijing Olympics are around the corner, and our national rugby team, the Simbas, are on the brink of qualifying for the Rugby World Cup in France in 2029. This is a massive global event that promises the Kenya Rugby Union an opportunity for visibility and investment.

So, as we usher in a new government this year, we must remember to hold the Ministry of Sports, Culture, and the Arts accountable. 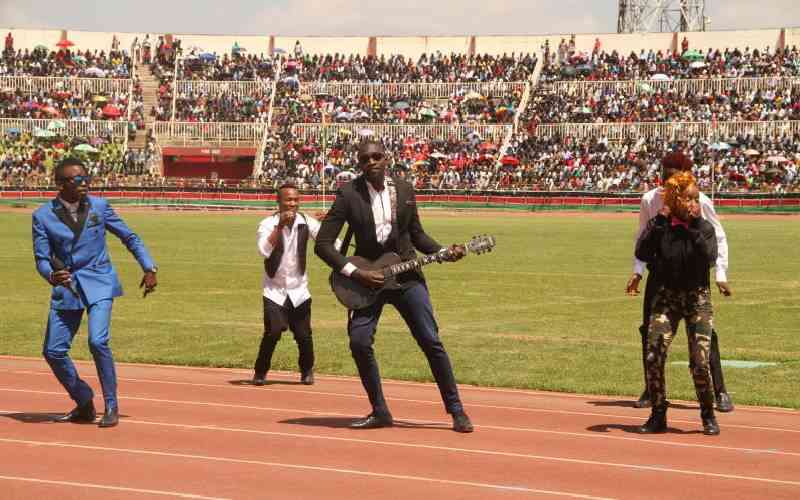 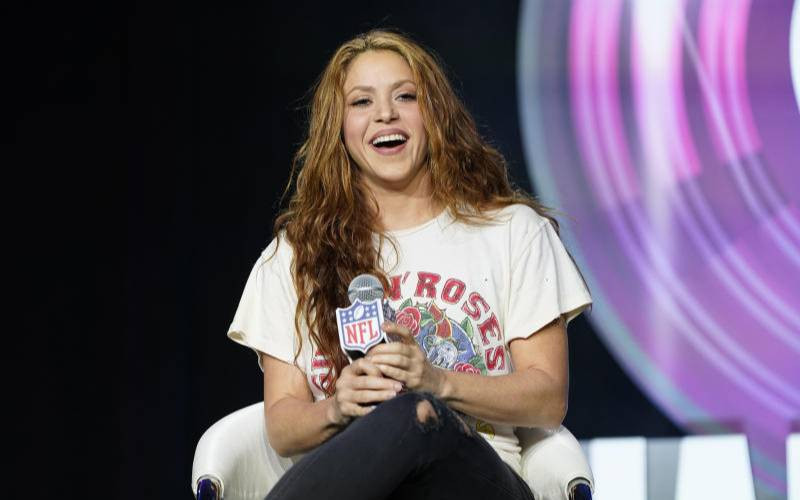 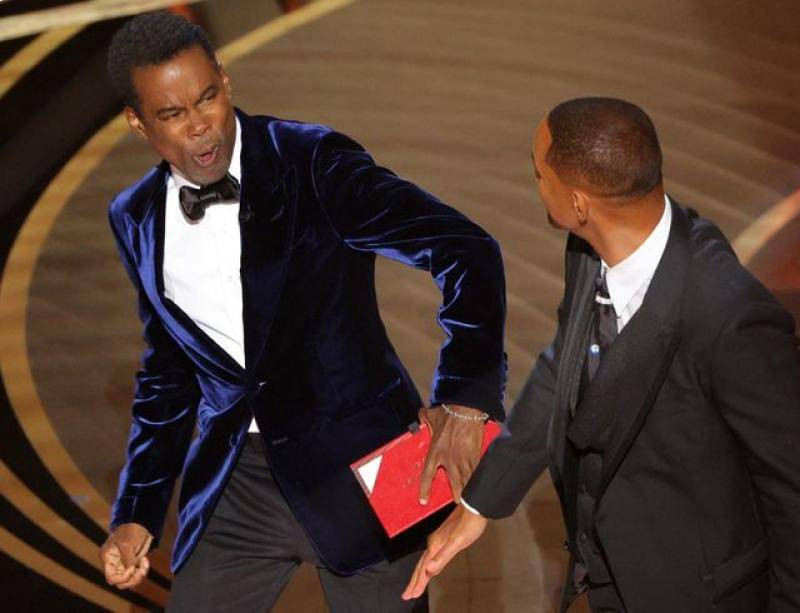 By Vincent Kejitan 16 days ago
Standard Entertainment
Will Smith apologises to comedian Chris Rock over the Oscars slap heard around the world
.