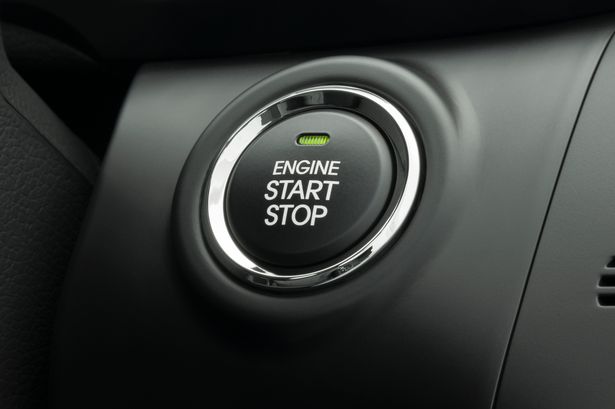 Four brand new cars have been identified as potential targets for tech-savvy car thieves; after it emerged that, their keyless entry systems leave them vulnerable to hacking.

The DS3 Crossback, Mazda 3, Toyota RAV-4 and Volvo S60 have all been rated "Poor" in Thatcham Research's latest car security ratings for 2019.

The report found that none of these cars have any security measures in place to prevent criminals exploiting the keyless entry system.

Keyless entry systems are frequently offered by carmakers as an additional cost option, and allow drivers to open and start their cars without removing the keyless fob from their pocket.

However, this leaves them open to the infamous Relay Attack , whereby thieves effectively "hack into" the car by extending the signal from the keyless fob.

"Usually operating in pairs, one criminal holds a device up against the front wall or porch of a home, searching for a signal from the keyless fob," Thatcham explained.

"The device then relays the key's signal to an accomplice, who is holding another device against the car door.

"The car is effectively fooled into believing that the owner is within a defined range (usually two metres) and is approaching the car with their key.

"The door opens, and the signal is relayed to the accomplice a second time, allowing the car to start."

While this method of stealing a car may sound a bit far-fetched, Thatcham claims that it is a real risk.

Figures from the Association of British Insurers (ABI) show that the number of motor theft claims paid by insurers in the first quarter of this year were at their highest for any quarter since 2012, with a payment made to a car crime victim every 8 minutes.

The increase is in part being driven by keyless car crime , with hi-tech criminals being able to bypass keyless technology in as little as 20 seconds, according to ABI.

"With car crime hitting new highs this year, a vehicle's resistance to innovative thieves should be front of mind for any consumer looking to buy a keyless car," said Laurenz Gerger, Motor Policy Adviser at the Association of British Insurers.

"We hope that today’s results will encourage manufacturers and consumers alike to take action to thwart the growing issue of keyless car crime.

"Whilst progress has been positive, Thatcham Research’s ratings show that, for many vehicles, there’s still a long way to go to reduce the over Sh100million that is currently paid out every day for all car thefts.”

An investigation by consumer group Which? earlier this year found the Ford Fiesta, Volkswagen Golf, Nissan Qashqai and Ford Focus all have a higher risk of being broken into - pushing premiums up as a result.

However, not all cars with keyless entry systems are susceptible to the Relay Attack.

The BMW 7 Series, BMW X7 and Porsche 911 all have keyless entry systems, and all retained their Superior ratings through the introduction of motion sensor enabled fobs.

If the sensor detects the fob has not moved for a short period, it idles and goes into sleep mode.

This effectively prevents criminals with Relay Attack kit from extending the range of the communication between car and fob.

"Fixes are not exclusive to premium cars, there are fixes coming through on the big-sellers too, with Ford recently announcing that it has introduced a new, more secure fob for its latest Fiesta and Focus model ranges.

"We're seeing solutions applied to some new cars, let’s see them applied to all."

On Friday, NEMA officials drawn from Laikipia and Nyeri counties toured the area where they marked the houses set to be demolished.

By Sara Okuoro | 6 days ago