Nairobi bursting at the seams, is it time to move capital?

Earlier in the year, Indonesia announced Nusantara as its new capital after the country’s parliament approved a Bill changing the capital from Jakarta.

One of the reasons for relocating the capital, as evidenced by several studies, is that Jakarta is sinking due to numerous drilling of boreholes in search of fresh water. The city is also densely populated with approximately 30 million people. This congestion is said to be interrupting government functions, with almost every official requiring police escort to navigate through the traffic smoothly and get to important meetings on time.

Back home, while there are no plans in the pipeline to relocate the capital from Nairobi, there is growing evidence in almost every sector that Kenya’s biggest city can no longer accommodate its population. For example, the traffic nightmare on many city roads has become unbearable despite the government building numerous new roads and expanding old ones.

The incessant gridlocks have seen some businesses move away from the Central Business District (CBD). One such business is tier-one lender I&M Bank, which moved its headquarters from the CBD to Parklands in 2019. Managing Director Kihara Maina says something has got to give.

“How do you make sure we do not have overconcentration in one city? How do we make sure we have opportunities to invest in multiple cities?” he poses.

“If people lived in their rural homes, and they are just commuting to a nearby urban city that has come up, that really helps in solving some of the problems.”

Mr Kihara says this will solve problems around rural-urban migration, decentralising the economy and as a result creating more opportunities for growth.

“It reduces the problem of ‘slumification’,” he says, which is a result of a city growing more rapidly than it can offer affordable housing.

Dr Njau Gitu, a policy and strategy advisor, once proposed Laikipia, Samburu, and Isiolo counties as possible destinations for moving the capital.  When asked why the cities of Nakuru, Kisumu, and Mombasa have not solved the Nairobi challenges, Dr Gitu cites infrastructure as a major challenge.

“Devolution was meant to address that concern. Unfortunately, it has fallen short. You find most of the officials in the devolved units spend a lot of time in Nairobi, and you wonder what time they get to serve their counties,” he says. “We need to shift the focus from Nairobi.”

Several countries have relocated their capital cities, among them Tanzania, which in 2019 moved the capital from Dar-es-Salaam to Dodoma and Nigeria, which moved its capital from Lagos to Abuja in 1991. South Africa has three capitals - Pretoria, Bloemfontein and Cape Town. According to the official government website, Cape Town, in the City of Cape Town metropolitan municipality, Western Cape, is the legislative capital and is home to the country’s Parliament.

Bloemfontein, in Mangaung metropolitan municipality, Free State, on the other hand, is the judicial capital and home to the Supreme Court of Appeal. Pretoria, in the City of Tshwane metropolitan municipality, Gauteng, is the administrative capital, and the ultimate capital of the country. It is home to the Union Buildings and a large proportion of the Public Service. Dr Gitu notes that shifting the capital provides room for expansion and access to services and amenities.

Sometimes population density is not the only reason for relocating the capital city. For instance, in Nigeria’s case, the relocation to Abuja was purely historical. While Lagos borders the Atlantic Ocean and the Gulf of Guinea, Abuja is at the centre of Nigeria and is more cosmopolitan in a country that is highly polarised alongside ethnic and religious lines. Closer home, Laikipia County in January this year moved its headquarters from Nanyuki to Rumuruti, arguing that the latter is centrally positioned.

Nairobi faces population-related problems and cannot provide basic necessities like water and affordable housing to the population as detailed in the Kenya Country Report on Progress in the Implementation of the New Urban Agenda (NUA). The report lists high demand for housing against a limited supply, rapid urbanisation and high cost of land as some of the challenges to affordable housing.

An opinion published on the online platform, The Elephant, on April 30, 2022 titled Isiolo: The Case for Relocating Kenya’s Capital City, particularly cites the high cost of land as one of the challenges curtailing Nairobi’s growth.

“The high cost of land in the city, and the low return on investment for most new real estate projects, discourages further development and expansion within Nairobi,” it reads.

“Sooner or later, the demand for a new administrative capital away from the saturated Nairobi will precipitate the repurposing of Nairobi as a purely trade and transit city.”

According to a 2019 study published by Macrothink Institute titled Determinants in Relocation of Capital Cities, high density and uncontrolled population cause various problems in the city.

Besides Nairobi, Kisumu, Mombasa and lately Nakuru are Kenya’s only cities.

Nairobi had a population of 4.3 million, according to the 2020 Kenya National Bureau of Statistics (KNBS).

Next article
Comesa warns over some Indomie noodle flavours 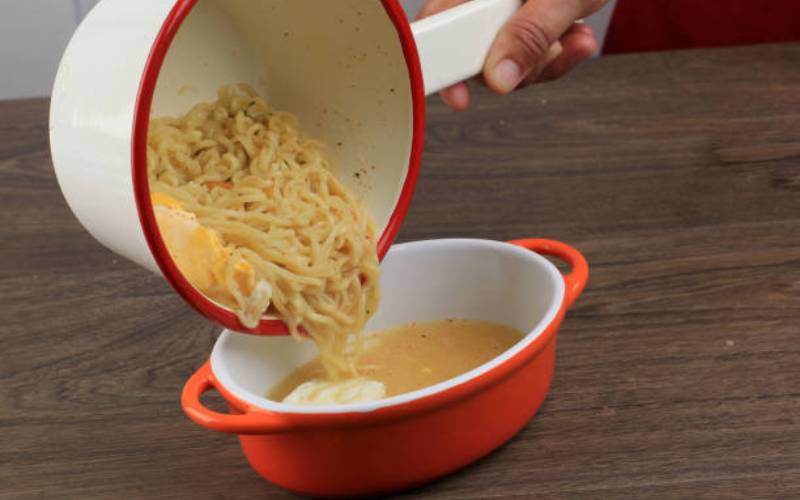 Premium
How to make money from video games
Sci & Tech
By Boniface Mithika
3 hours ago
Beauty secrets from black celebrities
Skin Care
By Pauline Muindi
5 hours ago
Premium French and German agencies buy minority stake in Naivas
Business
By Macharia Kamau
8 hours ago
Is your money too little to do much?
Money & Market
By Graham Kajilwa
10 hours ago
Want to eat into the bread market? Try sweet potatoes
Money & Market
By Jennifer Anyango
10 hours ago
.