How 'outdoor' design can create a better workspace

When the pandemic padlocked international borders earlier this year, MaSovaida Morgan traded her itinerant life as a travel writer for a steady gig working remotely in Washington, DC for a tech company based in Silicon Valley.

It was the first time in years that the 36-year-old had settled in one place for more than a few weeks, so she turned to houseplants to give her apartment a sense of serenity she often found on her adventures abroad.

“I really didn’t see it as frivolous,” she explains of her 25 newly-purchased plants. “If I’m going to be spending my entire existence in a 450-square-foot studio apartment, then it’s got to be a sanctuary for me where I can be productive, take a break and find peace.”

Fuelled by a boom in so-called ‘plantfluencers’ on Instagram, houseplant sales were skyrocketing among US millennials even before the pandemic, with a nearly 50 per cent rise in sales between 2017 and 2019, according to the National Gardening Association.

Now, many like Morgan see them as a necessary tool in fostering optimal work-from-home conditions.

Experts say this desire to fill indoor environments with objects from the outdoors ties in to the growing movement toward ‘biophilic design’, which is a concept used to increase well-being through both direct and indirect exposure to nature.

Biophilic design was a major office trend in the years leading up to 2020, when Amazon introduced spherical conservatories to its Seattle headquarters; Microsoft debuted treehouse conference rooms in nearby Redmond, Washington; and Facebook created a 3.6-acre rooftop garden at its Silicon Valley hub.

Due to Covid-19, most of these offices are now closed – as are many around the globe – but that has not stopped remote workers from bringing the concept back home with them. 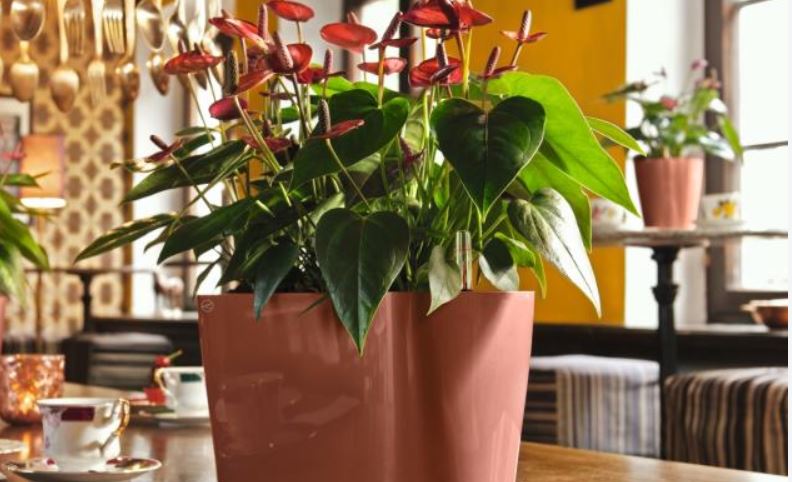 Thanks to the pandemic, millions of people now have the chance to create a work environment with their own well-being in mind.

An increasing body of evidence shows that incorporating nature can help with things like decreasing stress and increasing productivity, creativity and attention span.

To get the best results, however, fashionable houseplants are merely the first step in a more holistic multi-sensory approach.

German psychoanalyst Erich Fromm first coined the term ‘biophilia’ in the 1960s to describe our instinctive tendency to seek connections with nature. The term ‘biophilic design’ didn’t gain prominence until the early 2000s as a way of intentionally fostering human-nature connections within manufactured environments, according to Perth-based scholar Jana Söderlund, author of The Emergence of Biophilic Design.

“It’s about bringing nature in all its forms – including patterns, materials, shapes, spaces, smells, sights and sounds – into urban design on varying scales,” she explains.

Plans to dredge Lake Victoria back on track

The process is back on track after the Kenya Ports Authority (KPA) invited interested contractors to submit bids for dredging.

By Lloyd Thuranira | 1 day ago

Investors take up 72pc of Konza City's phase one land

Trends: When old is not gold for Nairobi housing
Feedback