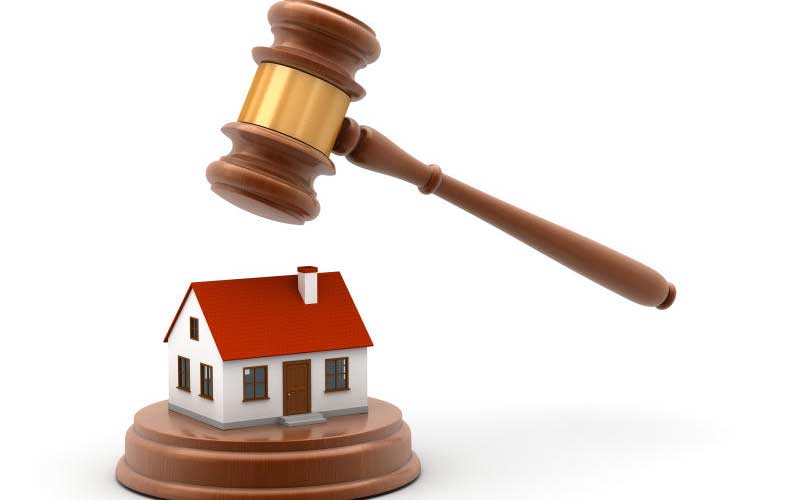 A daughter in-law of the first African mayor of Nairobi Charles Rubia has retained half of her matrimonial home.

Ms Elizabeth Wanjiru Njonjo is to retain the share and the remaining 50 per cent is to be transferred to her stepson Brian Mwaitura if she decides to get married or dies.

The decision by the Court of Appeal gave her a sigh of relief from a High Court order that had stripped the home its matrimonial status and placed it in her late husband’s estate for it to be distributed.

The Court of Appeal took into consideration the financial contribution that she made direct or indirectly to the property that was gifted to her late husband Benard Njonjo by Rubia on their wedding day in September 1991.

Rubia, who at one point wanted to be co-administrator of the estate is said to have gifted the two the property in Karen and Wanjiru made a substantial financial contribution to its construction and improvement during her 17 years marriage to Njonjo.

Appellate judges William Ouko Roselyne Nambuye and Mohamed Warsame ruled that Wanjiru is entitled to life interest in the property and her separate share arising from the contribution that she made to its development cannot be lost of ignored.

The court noted that Mwaitura, who was raised by his mother, never visited his father who died on June 26, 2008 at the age of 51.

Wanjiru’s tribulations over her husband’s estate started after she was allowed by the court to manage the assets along with her step-son in April 2013. The High Court allowed them to distribute the estate a year later.

However, in March 2016, Mwaitura filed an application for the confirmation of the grant and proposed that the estate be distributed strictly in accordance with the Law of Succession Act.

Section 35 of the Act provides the widow takes the personal and household effects and a life interest in the net intestate; and that upon termination of the life interest where the widow dies or remarries, the estate to devolve upon the surviving children.

He confirmed to the court that the property was a wedding gift but could not explain the circumstances under which this was done.

Wanjiru submitted that the property was her matrimonial home and that the same devolves upon her absolutely, adding that she can share equally the other assets in the estate with her stepson.

However, High Court judge John Musyoka ruled that the property ceased to be a matrimonial home when Njonjo died and was part of the estate available for distribution

Aggrieved by the decision, Wanjiru filed an appeal on the grounds that she was entitled to 50 per cent of the estate in addition to life interest.

It is this appeal that ruled the judge erred by ignoring the fact that Mwaitura was an adult and has never lived in the suit property or contributed anything towards its development.

“By ignoring these factors and granting the appellant only life interest in the property, the learned judge erred. Like the story of the Arab and the Camel, the arrival of the respondent (Mwaitura) late at the scene distorted the equation of the appellant’s disadvantage,” reads part of the judgment delivered on August 6.

By Peter Theuri 18 hours ago
Real Estate
Premium Nairobi: The city of haves and have-nots stuck in colonial times