The first voters likely to vote for a woman president just sat their Kenya Certificate of Primary Education (KCPE) exam and will have completed their university or college education in 2032, according to Tifa Research published earlier this week.

Last year, when US President Joe Biden broke the news that Vice President Kamala Harris was going to temporarily hold power as he underwent a medical procedure, Kenyans were understandably excited witnessing a woman occupy the most powerful seat as the leader of the free world.

Since the 2020 US presidential elections, Kenyans have preoccupied themselves with the political debate on who could be our homegrown Kamala Harris – the first woman deputy president of Kenya, and possibly the next in line to the real seat of political power. Research has shown that we are more likely to see a woman DP even as early as this year as more prominent male presidential candidates in the 2022 elections have women on their list of potential running mates.

Findings of a recent study shows that there is a growing acceptance, by both men and women, that the Kenyan society is ready for a woman DP. These findings are according to the latest research conducted by TIFA. They came last week when women were being celebrated during the International Women’s Day on March 8. It is interesting to note that the same research shows women are considered to be better at representing the poor and resisting corruption in the leadership positions they hold.

In spite of these positive sentiments, the number of women in political leadership is still low. One key barrier to women getting more political seats is because they do not have encouragement and support from their communities. This could be down to the fact that gradually some of the key public and government roles, which were seen as the preserve for men, now have women leading them.

In the survey, Kenyans were given a list of five leadership positions and they were then asked how likely each would be held by a woman in the next 10 years. The positions were president, deputy president, and speaker of the Senate, speaker of the National Assembly and head of the Kenya Defence Forces. These five positions are seen as the most powerful and the top most positions in politics as they head key institutions. No woman though has ever been elected or appointed into any of these five positions since they were created.

One of the biggest milestones was the appointment of Justice Martha Koome to head the Judiciary. In under nine years of the Jubilee administration, for example, President Uhuru Kenyatta has trusted women leaders to head the ministries of Defence and Foreign Affairs, arguably two of the three most critically sensitive Executive sub-branches of any government worth its salt.

Having a president who is not afraid to break gender barriers in constituting his governing team not only boosts the confidence of women aspiring for public office, but also acts as a wakeup call to those who still harbour reservations – influenced by sociocultural upbringing. When the number of women occupying important positions in a country’s governance structure increases with time, the dream of a woman making it to the top-two positions in the Executive increasingly begins to become a reality.

Constructing this reality has taken Kenyans more than 58 years since independence. Laying the ground work for a woman DP could never have asked for a better conducive political environment. Kenya isn’t short of female presidential materials. Charity Ngilu tapped into her natural charisma and historical grit to emerge fifth in the 1997 presidential elections with eight per cent of the national tally – beating nine men, mostly seasoned politicians, at a difficult time when it was unfathomable for a woman to think of becoming president, let alone vie for one.

Martha Karua, considered Kenya’s most recognisable iron-lady, put her name for the 2013 presidential contest. She has now trained her eyes on Kirinyaga governor's seat, seeking to oust Anne Waiguru. The story of Waiguru reads like a fairytale narrative. The governor belongs to the pioneer group of three women, including Ngilu and the late Bomet Governor Joyce Laboso, who dusted off male political dominance to win countywide elections in 2017.

Waiguru cut her teeth in the boardrooms of the Ministry of Finance as a toughened government bureaucrat, later transforming the Ministry of Devolution in her capacity as CS before a scandalous probe into the National Youth Service (NYS) baptised her into fulltime politics.

While Governor Waiguru might make it look easy on the outside, winning the most powerful county seat was anything but effortless. Waiguru’s campaign did not need to reinvent the wheel.

The three aren’t by any means the only women leaders worthy of belonging in the top two bracket of the Kenyan Presidency. It’s time to run a male-female presidential ticket to reflect the face of Kenya. It will not only excite first time female voters but also give them hope that all dreams are indeed valid.

By Dennis Onyango 6 hours ago
Opinion
Premium Fallen giant: George Magoha, the bold and hands-on scholar who dreaded failure all his life 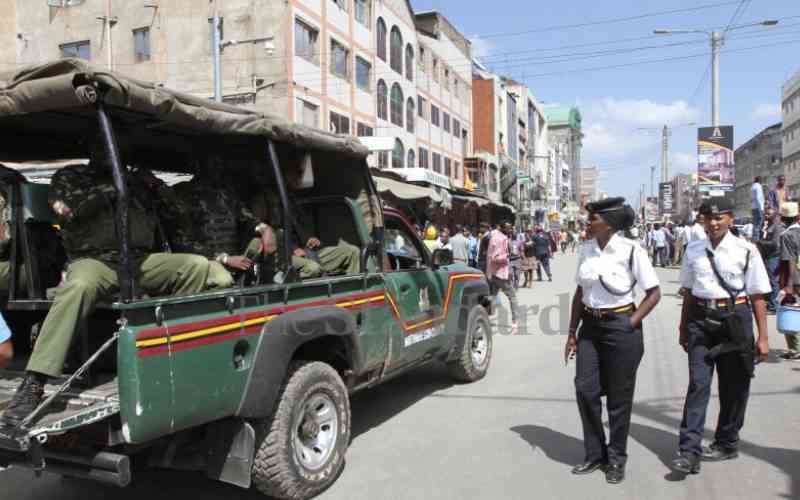 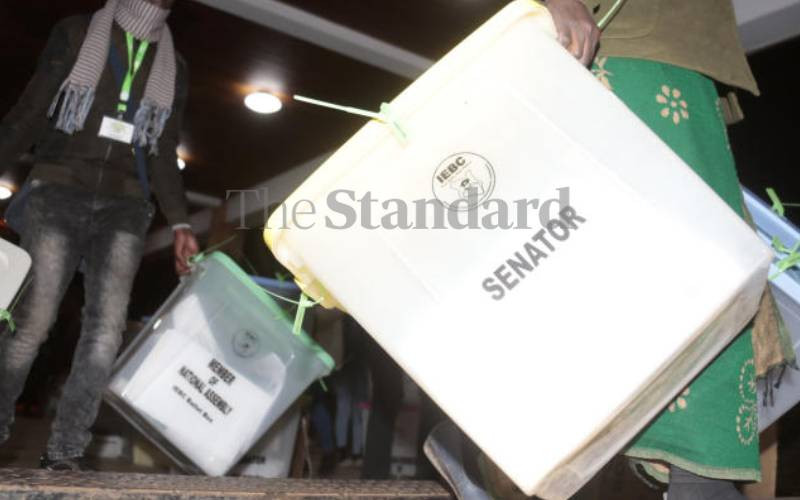 By Koki Muli Grignon 14 hours ago
Opinion
IEBC must be perceived to be impartial to get credible polls
.