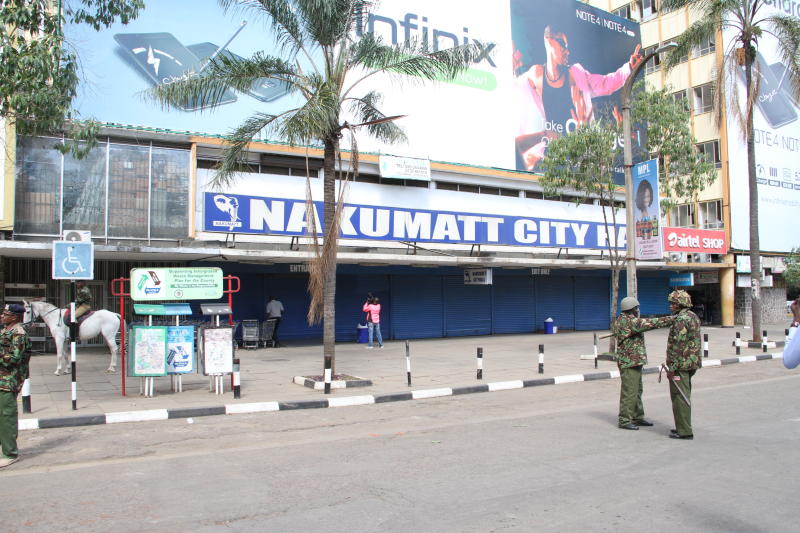 In the heart of Nairobi, right opposite the Supreme Court and City Hall, now stands Charlie’s Restaurant, an upmarket urban eatery.

About a year ago, the premises was occupied by Nakumatt Supermarket. But like biblical Babylon, Nakumatt has fallen!

In its heydays, Nakumatt was the place to shop.

They had 65 stores across the region in Kenya, Uganda, Tanzania and Rwanda. The store had over 5,000 employees and was making gross annual revenue of Sh45 billion. In July last year, however, this story of success came tumbling down when the management announced they did not have money to pay rent, suppliers and wages.

In one year, the retailer has closed over 58 stores, remaining with only seven branches in what they now term their “bounce-back stores.”

On the back of buoyant economic statistics from the region and chants of Africa rising from the development community, Nakumatt expanded its presence in Kenya and the region at large with the belief that the market would be supported by an emergent middle class.

The East African region has reported sterling performance in the past few years, touted as the fastest growing in Africa. In the last five years, Kenya’s Gross Domestic Product growth has averaged over five per cent.

Reportedly, 44.9 per cent of Kenyans are within the middle-income bracket. These statistics further indicate that Kenya has been creating over 800,000 jobs annually and has reduced unemployment to 10 per cent.

The existing fundamentals and positive economic reports made a great foundation for a strategic expansion by Nakumatt, to their detriment.

But Nakumatt is not the only firm closing branches, downsizing or leaving the country. Woolworths, an outfit retailer, equally suffered the impact of a thin undefined market.

Equity, Barclays, Bank of Africa, on the other hand, cut loose 2,017 staff because of the interest capping law that has slowed down the financial services sector.

Kenya Airways has for its part been on a loss-making streak that has led to layoffs in the quest for survival.

Multinationals such as Cadburys, Unilever, Proctor and Gamble and Reckitt Benckiser have also all either left or downsized. The problem cuts across different sectors and is indicative of an unhealthy economy.

This then begs the question: why is the much-taunted growth not being felt by these enterprises? An MP  Jude Njomo says growth narratives in Most African nations are driven by construction and infrastructural development funded by the Chinese debt arrangements.

When China funds a project, the contractor is almost always Chinese and comes fully packaged with equipment, materials, staff and even Chinese food.

Government statistics indicate there is a huge expenditure which is supposed to create a multiplier effect in the economy.

The challenge, however, is that the money never really reaches the country.

It changes hands from the Government bank in Shanghai to the commercial bank in Beijing where the contractor and material suppliers hold accounts. Only a trickle reaches the country in wages for the local unskilled labour.

Sadly, this is true as construction has been cited as the source of growth in the region.

The second possible reason for the disparity has to do with the accuracy of the figures reported. Two months to elections in 2017, Treasury released the 2016 economic statistics that indicated the country’s GDP had grown by 4.8 per cent.

Agriculture, construction, banking, financial services and manufacturing had all slowed down in the year. So where was the growth coming from?  Apparently, it came from ICT, real estate and the services sector. The same statistical dissonance was experienced in this year’s economic survey.

Kenya’s figures are not the only set whose authenticity is under the microscope.

In the face of a plethora of criticism, Dar es Salaam has passed a law that criminalises questioning of statistics. The State’s truth is now absolute!

In a series of blogs dubbed Poverty and Development in Rwanda published in the Review of African Political Economy, a UK-based political science portal, anonymous researchers used household survey data to suggest that the Rwandan economy is growing much slower than the Government claims.

GDP Per capita helps to estimate the household’s cash flow while an actual household survey establishes first-hand these figures from the citizens.

However, over time, the two usually paint an even picture.

This has made the researchers doubt the growth narrative in Rwanda.  “If there ever was a Rwandan economic miracle, it probably fizzled out some time ago and is likely to come crashing down soon,” wrote one researcher.

In a report titled Who is Growing, Oxfam Uganda said Rwanda is the most unequal country in the region where the gross national income of the richest (10 per cent) is 3.2 times more than that of the 40 per cent poorest in the country.

In Kenya, it’s 2.81, Uganda 2.33, Tanzania 1.65 and Burundi 1.35. Analysts wondered how Nakumatt could fall after it published sterling financial reports.

-The writer is an independent analyst based in Nairobi

By Mildred Agoya | 10 days ago