One person has been stabbed to death in Muhoroni, Kisumu County after rival political groups clashed during the burial of County Assembly’s Human Resource Manager Lazarus Obera.

Trouble started when a group of youths allied to Governor Anyang’ Nyong’o stopped his rivals from addressing the mourners.

The pro-Nyongo’ youths heckled and insisted no politician should speak at the funeral. They jammed the podium and called on the church to take over the funeral service.

What started as a shouting match degenerated into a fight as the rival faction insisted that the leaders be allowed to address them.

One of the youths stabbed the deceased as mourners scampered for safety.

Gunshots rented the air as police officers sought to restore calm at the funeral.

Police shot the suspect in the leg and disarmed him as they tried to restore calm.

With the burial service disrupted and the programme forced to end prematurely, the family of the deceased and the church whisked his coffin away and laid him to rest.

The youthful man died at the scene with his body transferred to Ahero Mortuary with stab wounds.

Ahero Sub County Hospital Superintended Bernard Owino confirmed that the body of the deceased was brought at the Mortuary.

“We received the body, and it had stab wounds,” he confirmed.

The chaos casts a dark cloud on the burial of an officer who was considered a role model by the county assembly fraternity.

It also points at the worrying trend of political intolerance. 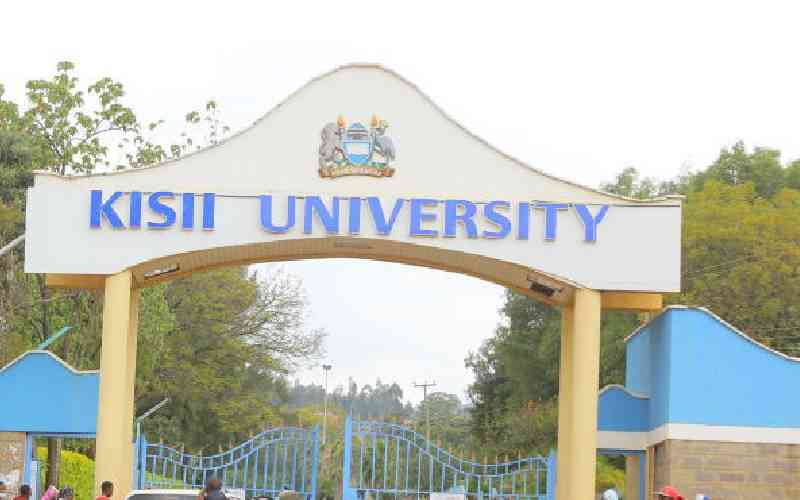