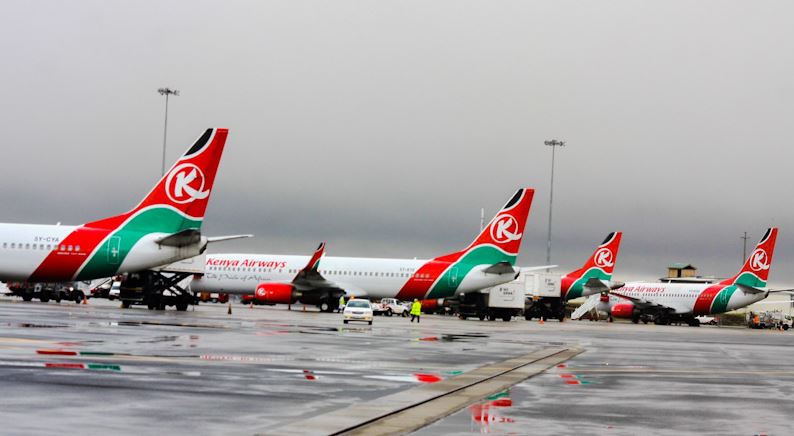 Kenya Airways (KQ) pilots have opposed the latest wave of pay cuts by the national carrier.

Kenya Airline Pilots Association (Kalpa) termed the move to effect pay reductions of as much as 30 per cent an illegality that goes against their Collective Bargaining Agreement (CBA) with the airline.

“These unilateral actions by KQ management are not only a breach of the CBA but also an illegality in as far as the laws of Kenya are concerned. Kalpa will not condone or tolerate such impunity; we are addressing these unlawful actions,” said Kalpa Chief Executive Murithi Nyagah in a memo to members ahead of a virtual meeting yesterday.

In an internal memo, KQ CEO Allan Kilavuka had said workers earning over Sh45,000 would face cuts of between five per cent and 30 per cent effective January, running for between six and 12 months.

The airline, which was struggling long before the Covid-19 outbreak, effected pay cuts for its top managers, including Mr Kilavuka, 10 months ago and laid off dozens of staff in a bid to stay afloat.

KQ also said it would reduce its network and offload some assets, with Mr Kilavuka forecasting a loss of as much as Sh40 billion for the 2020 financial year.

Mr Nyagah said the management had implemented the salary variation without consulting the union, and attempts to initiate talks had hit a brick wall.

By Michael Mbeshi Jan. 27, 2023
Opinion
What re-insurance does to stabilise a country's economy
.