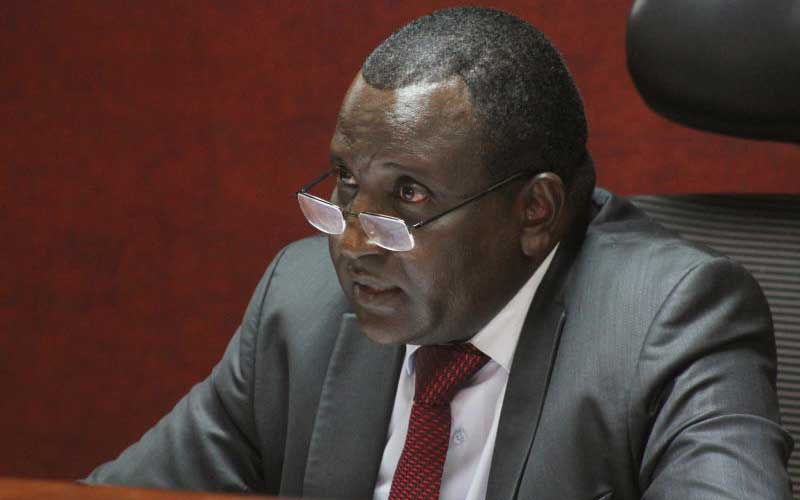 Former Head of Mission of the League of Arab States has been awarded Sh2 million as compensation for discrimination by a local bank.

Justice Weldon Korir (pictured) in a landmark judgment ordered Gulf African Bank to pay Mustafa Abdulrahman Khogali Sh2 million after finding that the lender closed his bank account on the account of being a Sudanese national.

Gulf Bank issued the diplomat a cheque for the money he had in his account in 2017, and informed him that it was unable to meet his banking needs.  He was then informed that owing to sanctions imposed on Sudan by the US, the bank feared associating with any Sudanese national to avoid repercussions.

His lawyer Yussuf Bashir argued that there was no justification for closing his account as he was not among the entities listed in the US Department of Treasury’s Office of Foreign Assets Control Sanctions list. “The petitioner had no blemish was indeed confirmed when he was welcomed with open arms by National Bank of Kenya (NBK),” Bashir argued.

Why you won't be fined or jailed for telling rumours

While agreeing with Bashir, Justice Korir termed the lender’s action as hushed discrimination, noting that the bank could not explain why despite operating similar accounts for other nationals, it decided to abruptly terminate Abdulrahman’s services.

“…This case has disclosed silent discrimination of the Sudanese nationals by the respondent. The award to be made must also show that the respondent’s actions cannot be entertained under our Constitution,” the judge ruled.

“In my view, I find an award of Sh2 million adequate compensation as general damages in the circumstances of this case.”

“In the case, Abdulrahman narrated that for nine years- between 2008 and 2017 when the bank locked him out, he enjoyed all the services at its Westlands branch.

Lawyer Bashir argued that despite his explanation that he was not among the affected officials and even provided the list of those who had been sanctioned, his plea fell on deaf ears.

The bank opposed the case, arguing that Abdulrahman’s arguments were defective their relationship was commercial in nature.

It argued that Abdulrahman had signed terms and conditions form, authorizing the bank to close and terminate its services to him.

Gulf denied discriminating against Abdulrahman, arguing that there was no evidence to show that it had treated him indifferently. It however admitted that it has similar services for other customers.

The bank asserted that its explanation for closing the bank account on its letter dated July 1, 2017, was clear as it could not serve his banking needs at that time.

However, Justice Korir ruled that although the case revolved around a contractual agreement, there was a constitutional puzzle surrounding discrimination based on nationality. According to the judge, Abdulrahman had made a case that required the court’s intervention.

“This is not an issue of a contractual dispute between a bank and its client. The issue of discrimination clearly stands out like a sore thumb in the petitioner’s pleadings and evidence. It is, therefore, my finding that the issues raised in the petitioner’s pleadings call for the direct application of the Constitution. The respondent did not attempt, and it was indeed an impossible feat, to justify why the petitioner’s nationality could be a justifiable basis for closing his bank account. The reason for the closure of the petitioner’s account is that he was a Sudanese national. He was therefore treated differently from other customers and that amounted to discrimination,” Justice Korir continued.

By Boniface Okendo | 12 hours ago