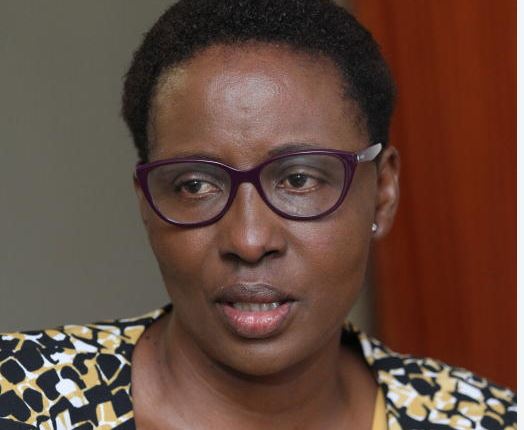 Nairobi Governor Mike Sonko and Speaker Beatrice Elachi (pictured) have disagreed on how a Sh15 billion county supplementary budget should be implemented.

She vetoed Sonko's memorandum on the Supplementary Appropriations Bill 2020 and returned it to him for assent.

The assembly had approved the Supplementary Bill 2020 on April 2 and sent it to Sonko for assent.

The governor, however, rejected the draft bill on Wednesday, accusing MCAs of allocating funds to functions not transferred to the NMS.

He sent the Bill back to the House, asking that it be amended.

Elachi, in her response however set aside the memorandum, declining to commit it to the committee of the whole assembly as required by the law.

She said that her ruling was informed by the urgency of the Bill presented during the Covid-19 pandemic. The governor now has seven days to assent to the Bill.

Elachi termed the governor's arguments as 'fatally flawed', noting that the Bill originated from the Executive and was considered by the Select Committee on Budget and Appropriation, in accordance with assembly practices.

County Assembly Budget, Finance and Appropriation committee chairman Robert Mbatia has however faulted Elachi's actions saying she did not follow the law.

Mbatia said that the budget Committee did not receive any copy of the memorandum before Elachi made the ruling on Thursday as required by law.

According to the County Assembly Standing Orders, the governor’s memorandum should be committed to the relevant committee for consideration and the clerk mandated to circulate copies to the committee members.

“We never saw the governor’s memorandum. We all received a text in the morning calling us for a special sitting," said Mr Mbatia.

Elachi, however, said she used the precedent set by former Speaker Alex Magelo in a ruling delivered on May 17 2017, in which he overruled six reservations by former Governor Evans Kidero. She noted that as the speaker, she has the power to rule on questions that require constitutional interpretation.