Munya on the spot over Kebs boss appointment 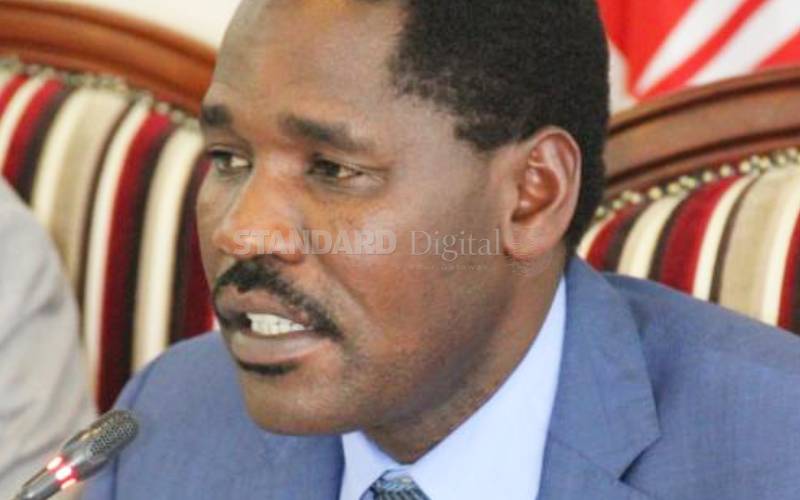 Former Trade Cabinet Secretary Peter Munya (pictured) has been put in a spot for appointing Bernard Njiraini as managing director of the Kenya Bureau of Standards (Kebs) although he had been ranked sixth after interview.

Documents tabled before the National Assembly Trade Committee show that Mr Njiraini was not among the top candidates in the interviews conducted in April, last year.

Mr Munya (pictured), who is now Agriculture CS, however, appointed Njiraini Kebs boss, shunting aside those more qualified for the job.

He also ignored a report by audit firm Deloitte and Touche that was involved in the interviews.

The recruitment exercise was repeated after Munya trashed an earlier one, where Njiraini’s name did not feature among top performers.

In the second interview, Njiraini scored 64 marks, below five other candidates, the documents show.

Funyula lawmaker Wilberforce Oundo questioned why the letter was not attached to documents tabled by the CAS, yet it was a key document in vouching for Njiraini’s appointment.

Committee chair Kanini Kega directed Industrialisation CS Betty Maina to appear before the House team next Tuesday to explain the controversy surrounding the recruitment of the Kebs boss.

He also expressed concern that Kebs had been embroiled in endless controversies.