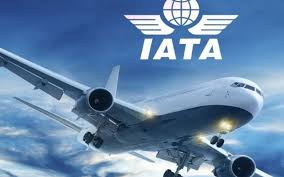 Data from the International Air Transport Association (IATA) shows African carriers floored other rival global airlines to post a 5 per cent growth in passenger numbers, compared to the 4 per cent they posted in 2018.

This was as a result of increased connectivity to major world destinations.

“Economic growth in the African region has been relatively good and is expected to rise in 2020,” IATA said in their survey conducted in December.

Transport agencies team up to foster safety in African airlines

According to the aviation agency, the increased numbers are expected to propel African carriers to profitability after a decade of loss-making.

For example in Kenya, the national carrier posted a pretax loss of Sh8.56 billion in the first half of 2019,  compared to a loss of 3.99 billion shillings in the same period in 2018.

KQ's operating costs jumped 15.4 per cent to Sh61.4 billion from Sh53.2 billion in the period under review.

Most African carriers have attributed their losses to high operating costs driven in large part by government taxes.

"This comes even as restructuring and cost-cutting has continued to pay shareholders dividends,” Mr Juniac said.

The agency, in the survey, also asserted that African airlines have a reason to be optimistic this year.

This is because global spending by consumers on air transport is expected to reach Sh91.3 trillion ($908 billion).

This is equivalent to 1 per cent of global Growth Domestic Product. The airlines that African airlines were gauged against were drawn from Asia-Pacific, Europe, Middle East, North America and Latin America.

Latin American airlines' traffic increased only by 3 per cent, compared to the 7.5 per cent the airlines recorded in 2018.

Pain for local consumers as tomato prices go over the roof

Tomato prices have skyrocketed in the past two months, forcing Kenyans to dig deeper into their pockets to enjoy a well flavoured meal.

By Julius Chepkwony and Yvonne Chepkwony | 6 hours ago