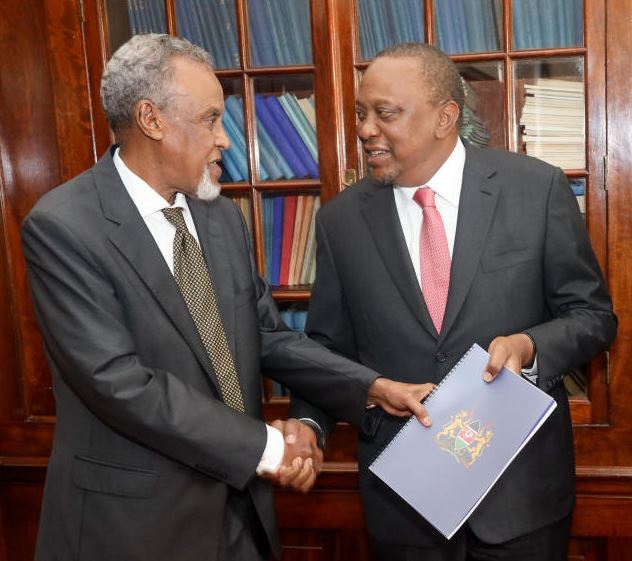 Were the late David Sadera Munyakei alive today, he would be whetting his appetite for a likely windfall of billions of shillings.

Unfortunately, Munyakei died a poor man in Narok in 2006 because he could not access medicine. Yet, he blew the whistle on the Sh60 billion Goldenberg scandal.

The documents that MPs tabled in Parliament, saw the whistleblower, who was a junior CBK employee arrested and charged under the Official Secretes Act, but later released.

According to a proposal by the Building Bridges Initiative (BBI), whistleblowers should pocket five per cent of the proceeds recovered from anti-corruption prosecutions.

If the proceeds of the scandal linked to Kamlesh Pattni were to be shared, Munyakei would have taken take home about Sh3 billion.

Most cases on corruption are still pending in court while others dating back to the 1990s have left Kenyans in the dark as to where taxpayers’ money disappeared to, even as some culprits enjoy the loot.

BBI recommends that courts provide procedures that guarantee protection of witnesses in sensitive cases such as corruption, terrorism and transnational crimes. “This should be done with due regard for privacy and safety of the whistleblower,” reads the report in part.

The report recommends that public officers stop using legal intimidation against whistleblowers and media reporting on corruption and fraud.

To achieve this, the report says the Defamation Act should be amended to deny public officers a course of action where allegations are made against them, in their legal capacity, regarding corruption or ethics.

Other high profile scandals include Anglo Leasing that involved tenders in 18 companies, was unleashed in Parliament in April 2004 when Ntonyiri MP Maoka Maore tabled documents before the House.

The documents showed Anglo-Leasing Finance Company Limited had been paid Sh91 million commitment fee, a figure that was three per cent of a Sh2.7 billion contract to produce tamper-proof passports.

And in 2006, former PS John Githongo forwarded to former President Mwai Kibaki a report that named several top government officials in the scandal.

It is not clear if the whistleblowers in the Anglo Leasing cases that are still pending before the court will be part of those to benefit from the five per cent recommended by the BBI report, when the cases come to an end.

The BBI recommendation comes barely a year after the court took the threshold for whistleblowing a notch higher when it slapped Githongo with a fine of Sh27 million for failure to adduce evidence on the claims he made against a former top government official in the report.