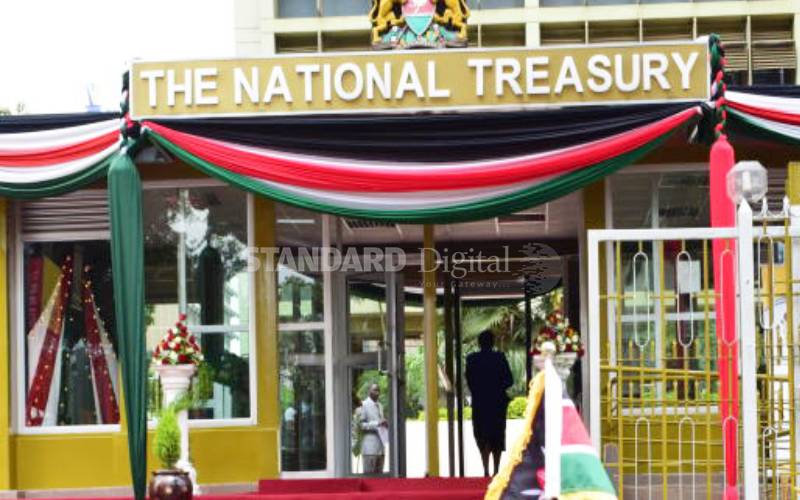 National Treasury will need at least Sh43 billion to steer the economy forward in the next four years.

The money will be used to stabilise the economy, which has been hit by several headwinds including missed revenue targets, corruption and wastage, and ballooning debt.

In its draft Fourth Generation Strategic Plan, National Treasury also plans to hire an additional 2,117 technical and non-technical staff as it seeks to shepherd Kenya towards its long-term objective of becoming an industrialising economy by 2030.

In the four-year plan, the Government says it will also use the money to boost mobilisation of revenues for public expenditure. The plan covers the period starting 2018/19 to 2022/23 financial years.

Close to half of the funds will be used for personnel emoluments for the new recruits who will include experts on debt management, pension officers, accountants, and economists.

Besides revamping the human resource capacity, the money will also help to streamline inter-governmental relations and monitor the progress of national government policies and budgets, as well as strengthening the capacity of State agencies.

The huge difference in the resource allocation against the requirement is due to the fact that some of the money Treasury will receive will be for strategic interventions across Government but which will not be available for the implementation of the strategic plan.

Such funds include the Constituency Development Fund, Strategic Intervention in State Corporations and Government reform initiatives.

Others are Equalization and Contingency Fund financial allocations which are also budgeted for under the National Treasury vote but are transferred to the relevant implementing institutions as soon as they are required to facilitate the execution of planned activities.

Funds for subscriptions to international organisations are also handled by Treasury.

One of the challenges that Treasury will be dealing with in the near is the high debt level, which has surged to Sh6 trillion, or 63 per cent of gross domestic product.

By Dominic Omondi | 43 minutes ago

By Benard Sanga | 17 hours ago

New KTDA board takes over, amid inhouse wrangles
Feedback