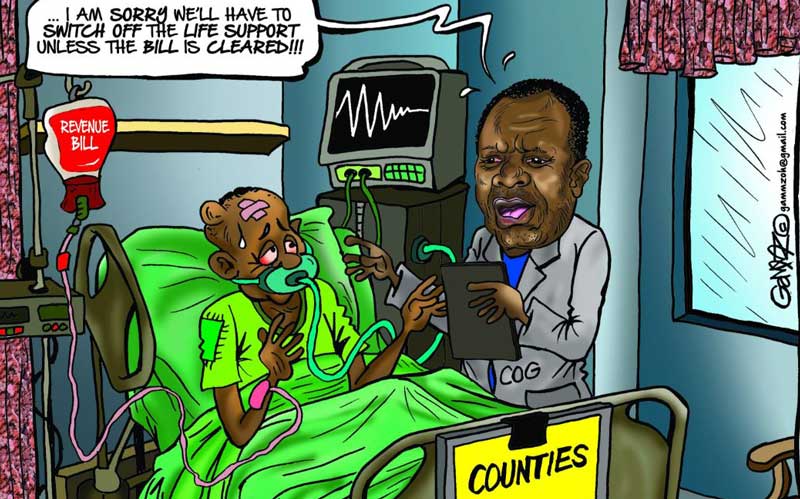 A huge chunk of counties' money went towards lining ward reps and other staff pockets, as development projects were starved of cash, a report by the Controller of Budget has shown.

The report cites Migori County Assembly for reporting an expenditure of Sh69.11 million without a budget allocation for MCAs sitting allowance in the approved Budget.

In the last two financial years, MCAs have spent a cumulative Sh3.6 billion in sitting allowances.

The CoB revealed that in absolute terms, Machakos County had the highest expenditure of domestic and foreign travel at Sh642.93 million, followed by Nairobi and Kisii at Sh641.11 million and Sh597.73 million respectively.

The counties that had the least absolute expenditure were Kirinyaga, Samburu, and Elgeyo Marakwet at Sh167.21 million, Sh116.93 million and Sh110.65 million respectively.

As MCAs and other staff laughed all the way to the bank and toured the world, billions in development funds remained unspent.

The CoB found that counties absorbed only 57.8 per cent of the annual development budget, which translates to Sh107.44 billion.

Mr Masha urged county governments to establish optimal staffing levels to ensure expenditures on salaries and wages remained within set limit of 35 per cent of their total expenditures. “The expenditure on non-core activities such as travelling should be rationalised to free funds for implementation of key development programmes,” he wrote in the report.

At least 13 counties exceeded their annual targets for revenue collection from own sources. They are Lamu, Vihiga, Taita Taveta, Narok, Elgeyo Marakwet, Isiolo, Nakuru, Bungoma, Tana River, Kwale, Laikipia, Kirinyaga and Kiambu. The total own resource revenue raised by the counties was Sh40.30 billion, a 74.8 per cent of the annual Sh53.86 billion target.

Counties Debate BBI: Governance Analyst Javas Bigambo on the road to referendum for the BBI

The firms were recognised for attaining the highest environmental, community, customer, worker and overall impact.