NEWS
By Rawlings Otieno and Protus Onyango | May 6th 2019 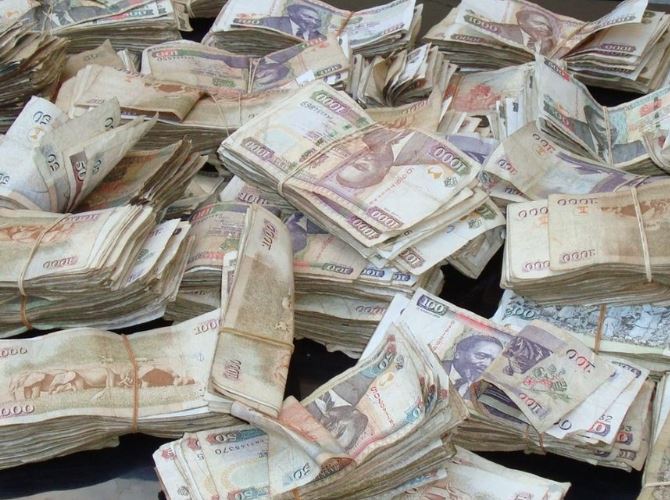 Kenyans have reacted angrily to reports that MPs pocketed millions of shillings in allowances.

Academicians, civil society groups, unionists and the public are furious about the latest move by the 416 legislators to secretly pocket Sh2.25 million each last month as house allowance.

Despite Treasury and the Salaries and Remuneration Commission (SRC) protesting the move, members of the Senate and National Assembly are now enjoying allowances, totalling Sh936 million.

The allowances include a Sh250,000 monthly allowance for each of the 416 members.

The allowances are to be backdated to August last year in a move that would see the Parliamentary Service Commission (PSC) pay house allowances to legislators over and above their mortgages.

But it is the current economic hardships being experienced in the country — where majority of the population are unable to meet their basic needs — that has heightened the criticism to the legislators’ action.

Yesterday, Amani National Congress (ANC) leader Musalia Mudavadi hit out at the MPs for secretly pocketing the Sh2.25 million each as house allowances.

Speaking at the Deliverance Church in Umoja, Nairobi, Mr Mudavadi said it was a sign of greed by elected leaders to continue awarding themselves hefty perks when ordinary Kenyans were struggling to meet basic needs like food and healthcare.

“What sense is there for Parliament to allocate itself huge allowances when poor Kenyans are missing out on essential basic commodities such as medicine, and even others dying of hunger? Where does this Parliament reside? Where does it sit? With Kenyans or who?” he posed.

Consumers Federation of Kenya (Cofek) warned MPs to expect a fight that will ensure their action is not implemented.

“The MPs’ action is provocative and it has annoyed Kenyans. It sounds as if the leaders don’t care what happens to other people. Their action has the potential to cause a revolution and should be stopped,” Stephen Mutoro, Cofek’s secretary general said.

Mutoro said they will move to court to stop the implementation of the award of the allowances.

He said legislators have lost the moral authority to represent Kenyans and it is time the country began a discussion on whether or not they should be represented by them.

“There is high inflation, unemployment, high public debt and high taxes among other bad things but instead of MPs acting in solidarity with wananchi, they do something that is completely unacceptable. We now must vote on a question in the referendum on whether or not there is need for legislators,” Mutoro said.

But MPs defended their action, arguing that it is the responsibility of the employer to provide the facility.

Mbadi explained that the decision to give MPs house allowance stemmed out of a court judgment.

“It is the responsibility of the employer to give house allowance or buy a house. This is what the court ruled,” he said.

Prof James ole Kiyiapi, a former Permanent Secretary, accused MPs of dereliction of responsibility and service and urged Kenyans to unite and recall them.

“This is the highest insensibility and disregard of the current situation in the country. This business of pampering elected leaders must stop,” Kiyiapi, who teaches at the University of Eldoret, said.

He opposed the legislators’ action and accused them of being selfish.

“Maybe MPs are not living in Kenya. There is no money that can satisfy them. Kenyans should condemn this and call out their leaders. All this is happening when Government says there is no money for classrooms, teachers, lecturers, doctors and other workers,” Kiyiapi said.

Momanyi said PSC had discussed and resolved to pay for monthly house allowances to the lawmakers starting from the date of the court ruling that awarded deputy governors house allowance.

“It is the responsibility of PSC as the employer of MPs to provide the housing facility. This is what we had discussed and resolved as a commission,” said Momanyi.

“The lawmakers are entitled to mortgage to build their own houses and they can comfortably afford that owing to their hefty pay. Forcing the taxpayer to fork out another amount to pay rent is plainly outrageous,” said UKCS Deputy Secretary General Jerry ole Kina.

Central Organisation of Trade Unions (Cotu) Secretary General Francis Atwoli condemned Kenyans for what the MPs are doing and called for a change of mindset by the citizens to stop legislators in their tracks.

“It is a good lesson to Kenyans so that the next time they go to elections, they think twice before voting for their preferred candidates. What MPs are doing is no longer a calling,” said Mr Atwoli.

He said what MPs are doing reflects the general culture of Kenyans who live on hand-outs.

“You can’t expect a leader who buys your vote to serve you. They will instead use their time in Parliament to ‘steal’ money through corruption and increasing their salaries and allowances,” Atwoli said.

Mr Sossion said Kenyans were over-depending on their leaders and that there was need to do a social analysis of harambees in the society.

“If we must reduce the wage of the MPs then we need to eradicate poverty and inequity. Kenyans are too poor and the assumption is that MPs have money. The question we should be asking, do MPs deserve it?” posed Sossion.

Universities Academic Staff Union (Uasu) condemned SRC for the mess and called for its disbandment.

“SRC was supposed to look into salaries and allowances of civil servants who include MPs and advise Government on how to deal with their remuneration. But SRC has stooped so low and allowed PSC to give MPs anything they ask for,” Uasu Secretary General Dr Constantine Wasonga said.

Ndung’u Wainaina, executive director of International Centre for Policy and Conflict (ICPC), said MPs are flouting the Constitution and their actions must be challenged in the Supreme Court.

“MPs are exploiting PSC to push for budgets that subvert the Constitution,” Mr Wainaina said.

He said MPs can’t legislate and oversight on a matter they have interest in.

But National Assembly Speaker Justin Muturi defended the new allowances and instead asserted that legislators, just like other state officers, are entitled to such benefits.

Lyn Mengich, SRC chairperson, said she is not aware of the said allowances and as far as SRC is concerned, house allowance definitely falls under remuneration for all State officers.

By becoming optional, the alert had been treated as a separate indicator showing raw AOA data, which is seldom used by commercial pilots.