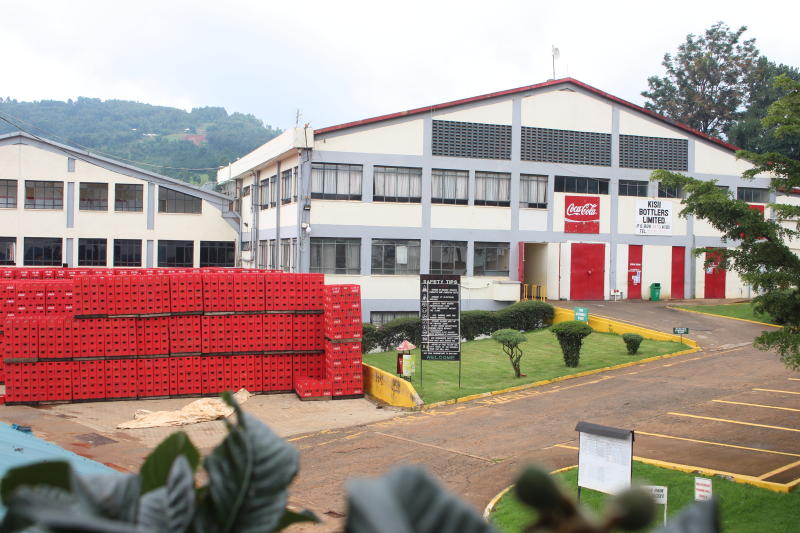 Nearly a year after the closure of Kisii Bottlers Plant, the regional Chambers of Commerce has called for its re-opening amid reports its absence has affected local economy.

The Kenya National Chambers of Commerce Nyanza Director Benjamin Onkoba, said closure of the plat that employed hundreds of people has adversely affected the socio-economic status of the county.

He was speaking during a forum organised by the Toyota Group in conjunction with the Industrial and Commercial Development Corporation in Nyamira Town on Wednesday.

The closure of the Kisii region plant he says was not well advised and urged the Government, through ICDC and the main shareholders to rescind the decision for the good of people of South Nyanza.

The Kisii Bottlers plant was one of the franchise companies of Cocacola which was acquired by Centum and Almasi Group.

ICDC also has a stake in the company.

According to Onkoba, more than 500 jobs have been lost as result of the closure, something which he noted had negatively impacted on the region’s economy.

Traders have also suffered depressed stocks of soft drinks after the company moved its operations to Nyeri based Mount Kenya Bottlers.

In December, there was acute shortage of soda and bottled water from the Almasi company, something which Onkoba attributed to relocation of the plant.

"We want to be proud of our own industries which we can associate with for the better of even the business of the manufacturing companies," Onkoba said.

Ms Mbatha Mbithi-the ICDC's Marketing Manager, who addressed the delegation of businessmen from Nyamira County defended the action of closing down the plant and centralizing its operations in Central Kenya.

She said the company was plunging into losses when it was operating on its own but after consolidation, profits are being realised.

"Kisii bottlers' manufacturing capacity needed expansion, but again the Mount Kenya plant was large and needed to be fully optimized through the merger," she said.

Mbithi said the decision to have the Almasi and Centum groups which are key shareholders in the manufacturing company to centralize the manufacturing of soft drinks was purely an economic decision which was for the good of the operators.